From Whitewashing to Mischaracterization: An Honest Review of Netflix's 'Death Note'
Advertisement

As a long time fan of both the manga and the anime of Death Note, I was understandably equal parts excited and skeptical when it was announced that Netflix would be rolling out a full-length film this year.

Unfortunately, it was easy to tell the minute the casting was announced and almost not a single Asian name appeared in the list that this one would be an adaption better left behind.
Not only was the movie incredibly unapologetic in its blatant whitewashing, going so far as to change Light’s last name from ‘Yagami’ to ‘Turner’ and move the setting to Seattle as opposed to Japan, it was rife with inaccuracies and downright disrespect for the source material.
https://twitter.com/CatlinNya/status/902376053880098816
Almost every aspect of the plot has been twisted and turned to suit the film, and none of the characters are even recognizable as their manga counterparts. The story has been twisted from a wonderfully crafted story of a boy who quickly develops a God complex and where the line between justice and cold blooded murder is drawn into an edgy teenage romance drama.
https://twitter.com/TSMZeRo/status/902415414533160960
With all of the whitewashing, large plot changes and majorly out of character behaviors on the parts of Light and L, the movie may make for a terrible adaptation — but it is by no means an awful film.
The acting, cinematography direction and even the writing (when removed from the original source) make for a somewhat well-rounded film — something that could have perhaps been at the very least mildly enjoyable as a spinoff or its own movie, but sadly, as an adaptation, the blatant disregard for canon both in terms of plot and the character’s ethnicities is something that simply can’t be looked past.

Overall, this is really only worth a watch if you don’t particularly have much knowledge of the true Death note series if you do it will be hard to gain even the slightest amount of enjoyment from it. You’d be much better off with the original manga, or if you’re searching for something that can actually be called an adaption, the anime is easy to find online.

So I watched the new Death Note on Netflix

I wish I hadn't watched the new Death Note on Netflix

In this article:entertainment, fiction, netflix, representation, tv
Up Next:

Marvel’s The Defenders Review: When Street-Level Superheroes Come Together 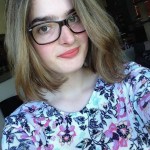 Hunter is a young trans activist from Australia with a particular interest in representation in the media. They can be found venting on Twitter at @yaelbarons.