Gun Control Across the Globe: A Review of Volume 3 Episode 2 of "Patriot Act"
Advertisement

This week’s episode of Patriot Act focuses on a topic that needed to be discussed: The National Rifle Association (NRA) and their international impact. The NRA is an American nonprofit organization that advocates for the Second Amendment: the right to bear arms. As an American, I typically only think about the impact of the NRA’s mission as it pertains to the United States, but I learned by watching this episode that the group has been active in teaching advocates from other countries how to defend what they believe is their right to own and carry weapons as well. In this episode, Minhaj dives into a complicated discussion of the leaders of the NRA and their strong global impact.

It may seem strange to think of the NRA as having a global impact, but the easier it is for people in other countries to buy guns, the better it is for American gun makers. https://t.co/lShfqmPsGn pic.twitter.com/7g3J2eYoDr 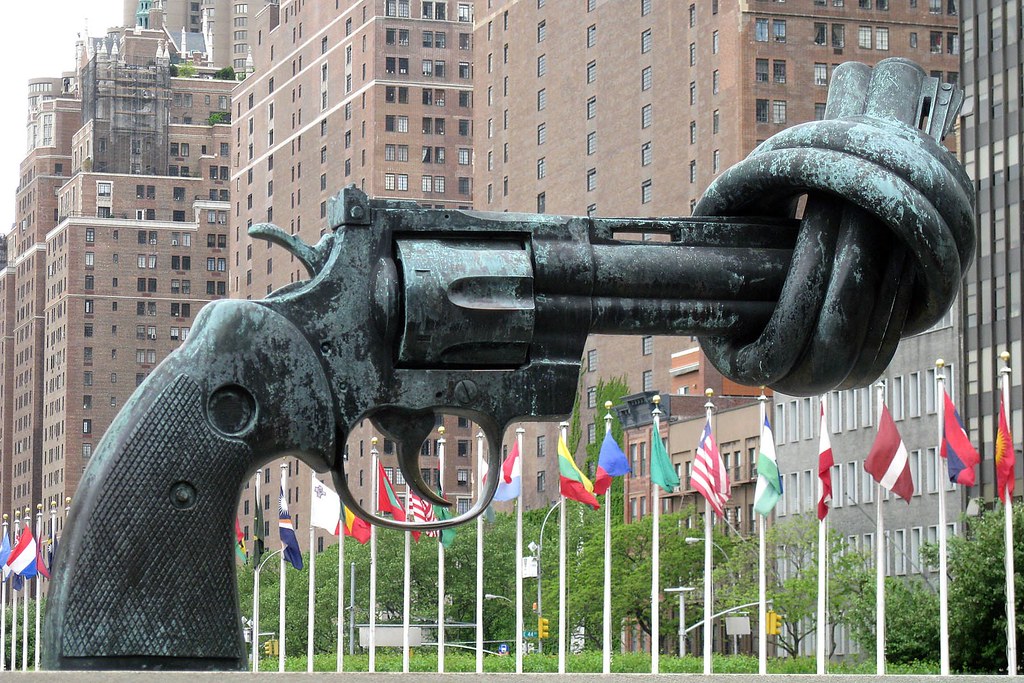 Wayne LaPierre, the chief executive of the NRA, accused Oliver North, the group’s president, of financial extortion. However, North had proof that this accusation was false. He proved that LaPierre spent thirty nine thousand dollars on clothes, eighteen thousand on a car and driver, and thirteen thousand on rent for a female college student who’s currently an intern for the nonprofit. “…and I know we’re all thinking the same thing… Wayne Lapierre has a heart of gold,” Minhaj sarcastically states. The feud over this money has caused North to step down from his role. The trouble over the missing money has raised questions about if the NRA is really a nonprofit. As most people didn’t even know it was a nonprofit to begin with, Minhaj jokes “…and I know you’re wondering, wait… the NRA is a nonprofit?”. The New York Attorney General is currently investigating if this status has been violated. Meanwhile, President Trump has made the decision to “pull out” of an International Arms Treaty, which was created by the United Nations and signed by former President Obama in 2012. It prevents the use of arms in war crimes and human rights abuses. This decision was great to the NRA, because when this act was signed they feared it would lead to gun control. The U.N. symbolised this treaty with a bronze statue of a twisted gun outside their headquarters, which the NRA used as leverage to convince people that the United Nations is changing what freedom really is.

Unfortunately, I do have one negative comment about this episode. While discussing the gold jackets that are worn by donors of the NRA to represent how much they provide for the organization, Minhaj compares them to that of the jackets that the National Football League (NFL) Hall of Fame gives to their inductees. He jokes, “[it] makes sense when you think about it because football and guns have both given high schoolers serious brain trauma”. This was viewed negatively by a few audience members and myself. I would expect a higher level of decency from Minhaj while discussing the NRA’s troubled waters, especially when so many of their problems relate to mass shootings that have taken place in quite a few high schools.

Unlike the United States, Australia placed a ban on assault weapons after the Port Arthur massacre in 1996. Since then, they have not had an incident like that again. However, they do have their own version of the NRA called One Nation, co-founded by Pauline Hanson who met with the NRA alongside an undercover journalist who was secretly recording the exchanges between the members. He recorded conversations where the NRA gave One Nation talking points on how to persuade the country to allow more freedom with guns and what to say in response to a mass shooting. Lars Dalseide stated that in response to another hypothetical massacre, One Nation members should state (towards supporters of gun control), “How dare you stand on the graves of those children to put forth your own political agenda?” when they inevitably blame the incident on a lack of gun laws. When One Nation was exposed for saying these things, they claimed they were “on the sauce” and they’d “had a few drinks” while having those discussions. “I can’t tell if they came to America to meet the NRA, or to have the best summer of their lives before they go to college,” Minhaj wittingly jokes.

Our guy is back tomorrow. (? @amirbangs)

Next, Minhaj moves over to New Zealand where he talks about how some citizens have stated that they feel the Second Amendment has been taken away from them after stricter gun laws were created following the New Zealand mosque massacre. The Second Amendment is American and does not exist in New Zealand. Needless to say, that is a shocking lack of knowledge of one’s own government. The NRA was even more influential than that in Brazil, though. They’ve coerced them with the statement, “The only thing that stops a bad guy with a gun is a good guy with a gun”. At the end of the day, Brazil and New Zealand never really had gun rights, but the NRA convinced them that there is some sort of god-given right to them. They’re trying to make guns a right internationally, but it’s imperative to the story that this includes Mexico, whose citizens cause conservatives to fear their invading the U.S. and using their weapons wrongfully. Minhaj wraps up this episode by focusing solely on that idea by saying, “Maybe those immigrants aren’t invading, maybe they’re just returning those guns to sender”.

Holy shit. @patriotact did a whole episode on how the US’s loose gun laws are contributing to straw purchases of guns that end up in Mexico and Central America that is a huge factor our migrant humanitarian crisis. https://t.co/vWqsHVA0IM

This episode was comical, but more importantly, it had a strong message. No matter anyone’s opinions on what the NRA does, it’s important to really know what they do, and Minhaj articulates it quite well in only twenty-five minutes. As always, I recommend watching this week’s episode of the Patriot Act on Youtube or Netflix.

Featured Image Via The Review Geek

Deaths, Battles and A Turn in Events: A Review of ‘Game of Thrones’ Season 8 Episode 5