The first time I heard this song, I knew it was going to be on the radio. The catchy chorus and witty lyrics were just itching to be played on every radio station. And 3 months later, it did just that.

Now, I’m sure you can’t stop hearing it everywhere you go. Of course, this song is really fun to sing with the windows rolled down and the volume up (as portrayed in the music video, but it also has iconic lyrics that represent a community.

Halsey does an incredible job of portraying what bisexuality really is by displaying relationships she had with both men and women. I’ve rarely heard songs that use both male and female pronouns, let alone on the radio being heard by millions. Halsey makes the song relatable to almost all audiences by using different scenarios such as dating a guy stuck in his sexist ways, “he wants me in the kitchen with a dinner plate”, or keeping a relationship secret, “we never told no one but we looked so cute”.

By drawing in her audience with these relatable situations, she normalizes bisexuality and integrates it into society. Halsey is causing those who are wary of the LGBTQ+ community to take a look at what bisexuality really is: attraction to two genders.

The pronoun switch is subtle, yet still very relevant. It’s exactly what the community needs to be taken seriously. Not “forced” like what many have been tweeting, but simply there and natural.

Halsey (unlike so many others) uses her stardom to spread awareness for herself and many other people around the world. She uses her platform to speak out for others, which is what every artist should aspire to do.

Hearing this song for the first time gave me something I had been yearning for: representation. Many people don’t know what it’s like to see themselves in the media, let alone broadcast all over the radio, and “Bad at Love” does just that. It gives not only her fans but the LGBTQ+ community something to hold onto and prove to others that they are very much alive and real.

Whether or not you appreciate this song for the melody or the lyrics, it is undeniable that “Bad at Love” will always be a bop (for more reasons than one).

In this article:#Halsey, Bad at Love, music
Up Next:

Hayley Kiyoko, The Lesbian Queen, Has Announced A New Album 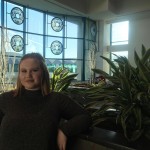