Have You Heard of K-Hip Hop Artist Jay Park Yet?
Advertisement

You’ve probably heard of the “Korean Wave” phenomenon that has become prominent in the global music market for the past couple of years. K-Pop has become significantly popular among many, and of its biggest acts are boy-bands BTS and EXO and girl-bands BLACKPINK and TWICE.

For those who aren’t into the bubblegum pop vibes that K-Pop artists tend to give off, there’s another shot of hopping onto Korean music train that gives into more of an urban scene. Korean American singer, rapper and songwriter Jay Park (born Park Jae-beom) brings R&B and hip-hop music into the South Korean music industry, which has proven itself to be extremely favourable and successful among Koreans and people all over the world.

Jay Park was born and raised in Seattle in the United States but moved to South Korea in his teens in hopes of pursuing a music career, leading him into becoming part of K-Pop boy group 2 PM. He parted ways with the group later on, and eventually pursued his solo career as a more rap/R&B focused artist.

Park was then signed under Roc Nation, rapper Jay-Z’s record label, and made history by becoming the first Asian-American artist to be part of the label. This huge achievement came to be through Park’s apparent authenticity in the hip-hop scene. With this potential, he has since then become one of the most popular solo artists in South Korea and has gained thousands of supporters internationally. He manages to break barriers through his use of both English and Korean languages in his singles and albums, grasping the attention of both Western and Korean listeners.

One of Jay Park’s most popular singles includes All I Wanna Do, a dance-induced song that screams R&B and perfectly defines his versatility as an artist. With this style came many more singles such as the laid-back, dreamy-sounding Yacht and his recent, soothing single, V. The music videos produced along with his singles highlight intense, exciting choreography and never lack bright colors and creativity. In the V music video, Jay incorporated a vaporwave-type of feel into the production, placing an emphasis on the overall theme of the song: international love and acceptance.

There is no doubt that Jay Park is one of the most recognized solo artists in South Korea, and regarding his potential, he is definitely the Korean hip-hop artist you might just want to listen to.

In this article:jaypark, khiphop, Korean Music, kpop
Up Next:

Ticketmaster’s Has Been Scamming Customers, You’re Probably A Victim 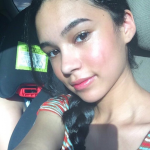 A simple teen girl who loves coffee, writing, and music! Aspiring to become a somewhat-hybrid of a journalist and psychologist. Contact me at flowerbeamangie@gmail.com / instagram: @2ngela