When Hayley Kiyoko released the music video her first big hit “Girls Like Girls” we all knew she was something special. The video was equipped with a beautifully inspiring tale of two best friends falling in love with each other, and willing to fight all odds. The internet was crazy for it, enjoying the representation of gay girls, and the lyrics of the song preaching, “don’t tell me what I feel, I’m real and I don’t feel like boys,’ telling millions that girls loving girls was real and should be respected.

Almost three years later, Hayley Kiyoko is still reigning unofficially as “The Lesbian Queen.” She released her EPCitrine in 2017, which included the single “Sleepover” (which was accompanied by a very gay music video). She has also just announced her debut full-length album, Expectations.

I want to inspire everyone to fearlessly show their power and strength and to celebrate the beauty of the female body in its truest form. So without further ado, I officially present to you my album cover for #EXPECTATIONS! #20gayteen #spring pic.twitter.com/FkwlePDUVf

She first released the single and music video for “Feelings,” which once again, was (thankfully) very, very gay, and is now teasing a new single “Curious” on Twitter.

Not only has she teased new singles and announced her first album, she also announced that she will be performing at Coachella for the first time.

Looks like 2018 really will be #20GAYTEEN. We are all excited to see what Hayley has in store for us and to see just how gay 2018 really is with her influence.

Turning on the radio and hearing Hayley’s beautiful voice along with her inspiring lyrics would be a blessing!

In this article:hayley kiyoko
Up Next: 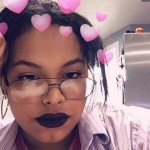 latina, nyc, with a passion for art, of all kinds. "Your silence will not protect you" - Audre Lorde twitter: @blondedectrl