Manny Pacquiao has proven yet again that he is one of the best boxers of his time. The Filipino boxer won against Lucas Matthysse in their fight on Sunday, July 15, stopping his opponent from claiming the World Boxing Association (WBA) welterweight title. It has been nearly a decade since Pacquiao’s last knockout, and Filipinos are rejoicing, spewing their “Pinoy pride” as usual. Still, no matter how many wins and knockouts he has managed to secure, this won’t change the fact that Pacquiao remains as a bigoted, incompetent public servant.

Pacquiao currently serves as a senator in the Philippines. Prior to assuming this supposedly crucial position, he was a congressman for his home province Saranggani. While he was a celebrated athlete and even a philanthropist, his performance as a public servant has always been noted as ineffective and “underachieving”. He did not understand the concept of representation, according to public administration professor Prospero de Vera, noting how Pacquiao was denying his constituents representation and seemed to not be bothered about it. His absenteeism in the House of Representatives also became a highlight, tainting his political record even more than it already is.

Yet he still won a seat in the Philippine Senate, because in the country, popularity of the candidate seems to be more important than the credentials and credibility. Furthermore, a good rags-to-riches story like his is always a Filipino favorite. Exactly like how incumbent president Rodrigo Duterte bagged a sure win in the 2016 elections, Pacquiao was yet another supposed depiction of the common Filipino, raised in Mindanao from a humble background. The common people were hungry for leaders who represent them more accurately, regardless of whether or not these leaders can actually perform well enough.

Earlier in February, the Philippine Senate approved the bill proposed by Pacquiao which mandates the celebration of “National Bible Day” every last Monday of January. This proposal completely disregards the other religious groups in the Philippines.

The country may be predominantly Roman Catholic, with 80.9% of the population subscribing to the religion. Nevertheless, the Philippines is also home to other religions such as Iglesia Ni Cristo, which arguably has strong affiliations with the state. Other religions found in the country are Muslim, Aglipayan (another form of Catholicism), Evangelical, other sects of Christianity, and more. The Philippine Statistics Agency records 97 religious affiliations.

Forwarding a bill that obviously favors the majority inevitably is an offense to the other sects, and yet Pacquiao and the members of the Senate who voted for the passage of the bill clearly do not care about that.

Let’s also not forget that time in February 2016 when Pacquiao noted that same-sex marriage is “mas masahol pa sa hayop”, or worse than animals. He said that animals acknowledged gender differences, even asking viewers if they have ever seen “any animal having male-to-male or female-to-female relations”. Calling it “just common sense”, he further stated that “if you have male-to-male or female-to-female [relationships], then people are worse than animals.”

This comment led him to receive massive backlash, to the point that Nike terminated their eight-year partnership with the Filipino boxer. He then tried to apologize for the ignorant remark, however adding that “a lot of people were alarmed by the truth”, which made things worse for the bigoted personality.

He is also a huge supporter of the state-sanctioned War on Drugs, the cornerstone of President Duterte’s electoral campaign. This war against illegal drug trade began shortly after Duterte’s win and has led in a fast-growing number of human rights violations and extrajudicial killings, as monitored and covered by several news outlets including international press. The campaign has also garnered criticism from state leaders of other countries. To date, the administration still believes that the biggest national problem is drugs, thus continuing this War on Drugs in spite of the obvious widespread negative effects.

His achievements as a boxer are a lot more significant, both in quantity and quality, as compared to what he has managed to accomplish as a public servant. Having received criticism after his most recent win, his fans began to explain that Pacquiao still deserved to be lauded as an athlete, even if his political performance remain to be questionable, at the very least. However, there is no use separating the two roles of the same person. After all, how could anyone really celebrate his victory while knowing far too well that he cannot effectively serve his nation as a senator, as a leader? There is nothing about this to be proud of.

There’s Nothing “Self-Made” About Kylie Jenner

Brendon Urie Comes Out As Pansexual 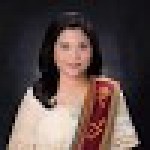 Elizabeth Ruth Deyro is a Filipina writer and editor. She is the Founding Editor-in-Chief and Creative Director of The Brown Orient. She writes about mental health, intersectional feminism, identity politics, and sex and body positivity.