If you don’t watch Stranger Things, are you really a teen?

Considering its rise to fame and massive popularity, the show is definitely a cultural staple for American teenagers. The trailer for the third season was released on March 20th, and most of the comments were raving.

Everyone’s excited to witness the chilling adventures that the Stranger Things kids may take. Even with the insufferably long wait, people all around are marking their calendars for its premiere on July 4th of this year.

In the beginning of the trailer, Dustin Henderson (Gaten Matarazzo) is returning home – but he seems upset that none of his friends are there to greet him.

Soon after this saddening thought, he sees his toys around the room suddenly walk out the door! He follows them with a can of hairspray, scared of what they might lead to. Soon, as the toys reach the living room, they stop. As he picks up the recently moving toy robot, his friends who were hiding behind the wall jump out and surprise him with a welcome home banner. His actions that followed the surprise are not only very Dustin-like, but comical in itself. Dustin gets so scared, he starts spraying hairspray into the eyes of his friend Lucas Sinclair (Caleb McLaughlin).

2. The Kids are All Grown Up

The trailer shows clips of the older cast, and how they’ve changed since the previous episodes. One scene shows Max (Sadie Sink) and El (Millie Bobby Brown) hanging out, being the teenagers they both thought they’d never be able to be, given all the complications in their lives. Plus before, El didn’t like Max too much, so this is an exciting development for fans!

To add to all the friendship, they added a clip of Dustin and Steve (Jo Keery) enjoying a nice bro moment together.

The rest of the trailer just stirs up mixed feelings. In one scene, Hopper (David Harbour) talks about how he needs to keep someone (Joyce, maybe?) safe. Clips of him holding a gun and an injured El are shown, which just goes to prove his point.

To conclude this masterpiece of a trailer, you have clips, on and off, of the good and bad of what is to happen to the party. You have El having fun and living her life, then El bleeding shortly after, fighting against the monster the story’s based on. On top of that, we gulp down the sight of a possible Joyce and Hopper romantic relationship.

So really, as said before, this trailer has got everyone picking the story apart, wanting to know more. And really, what’s the point of a show if you don’t want to know more?

All Images via Stranger Things 3 Trailer 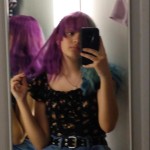 Hello:) I'm Victorya, and I'm a writer from Arizona. I hope you like the things I write, and Affinity Magazine as a whole:)