The D23 Expo, also known as, D23: The Official Fan Club, is the official fan club for the Walt Disney Company, and it just started yesterday in Anaheim, California! In case you don’t know, D23 Expo is basically a comic-con for Disney nerds! Which now includes all things Marvel and Star Wars!

Yesterday they kicked off the con with what they call, The Disney Legends Ceremony. Stan Lee was honored, and he appeared at the ceremony. His first public appearance since the death of his wife of 70 years. The incredible Oprah Winfrey herself received an award. So did Whoopi Goldberg, and Broadway director Julie Taymor. Animator, Clyde Geronimi, artist Manuel Gonzales, and Disney Imagineer Wayne Jackson were rewarded as well! They also honored the late director, Garry Marshell and late actress, Carrie Fisher, by naming her an official Disney Princess and Legend!

“Carrie has been an iconic part of the Star Wars franchise and will always hold a very special place in our hearts. We miss her talent, and her wit.” Disney chairman and CEO Bob Iger said.

“Getting to be a Disney Princess and a Legend would have been her ultimate dream.” Read a letter from Billie Lourd, Carrie’s daughter.

At one of the panels, pictures of the new Star Wars land were released! Star Wars land will open in 2019, one will be in Anaheim California, and the other in Hollywood Studios in Orlando Florida. Star Wars land will take guests to a never before seen planet. There will be two main attractions, one where guests can pilot the Millennium Falcon on a secret mission, and another which puts guests in the middle of a battle between the the Resistance and the First Order. A book was announced at the Star Vs The Forces of Evil panel and a new Gravity Fall Graphic novel was released! Most of the Disney Princesses showed up as well!

Incredible’s 2 finally received a released date! After about 13 years of waiting, one of the longest cliffhangers ever, Incredible’s 2 will hit theaters June 15th, 2018! Most of the cast from Avengers: Infinity Wars were there! Apparently a trailer was shown, we’re hoping that gets released to the public soon! This movie has a very expansive cast, featuring The Guardians of the Galaxy, all the Avengers, Black Panther, Spider-Man, and Doctor Strange! There was also a Behind the Scenes look at Star Wars: The Last Jedi, with new posters released!

So many cool things have been released already at D23 this year! We’ll make sure to keep you updated on all the latest things!

In this article:D23, disney, marvel, star wars
Up Next:

‘To The Bone’ Gives “Getting Better” A New Meaning 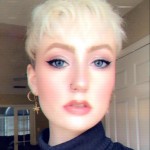 Star Wars Episode IX: The Rise of Skywalker’s Final Trailer is Here and it is Emotional