In May 2019, celebrities will be congregating in the Met’s halls for another stunning gala. On what’s fashion’s biggest night, celebrities, stylists, and designers will all be clamouring to show up in the best of the looks. The goal is to stun the eager photographers and social media followers, and to best embody the theme selected for the year. Last year’s theme of Heavenly Bodies gave us some of the most gorgeous looks, complete with stunning Catholic imagery, fine jewels, and extravagant robes. This year, the Met Gala is going Camp for what’s shaping up to be it’s most flamboyant year. But what does Camp exactly mean? What can we expect to see all over our Instagram feeds next year? Well, next year is going to bring one of the oldest aesthetics there is to the spotlight. Camp is a celebration of all that is extravagant, and it starts in the 17th century.

THEY TOLD ME THE THEME WAS CAMP pic.twitter.com/Yoyl3f7WGP

The aesthetic of Camp first sprung from Louis XIV and his French court. Louis XIV built the extravagant Versailles, and during his rule indulged in many things that were “camp” at its core. His brother was equally as flamboyant, if not more, obsessing over jewels and fancy clothing. But how can someone acutely define “camp”?

Susan Sontag’s 1964 essay, “Camp: Notes On Exhibition” (the paper which the 2019 Gala will draw heavy reference from) describes camp as ” love of the unnatural: of artifice and exaggeration…style at the expense of content….the triumph of epicene style”. Camp has often crossed into the realm of “too much”, and to the unfamiliar eye, it often appears kitsch and overwhelming. However throughout history, Camp has expanded beyond an aesthetic of dress- into a stylization of life itself. That’s not to say that camp doesn’t translate best through specific art forms. Sontag’s essay credits visual arts, decor/furniture, fashion, and performances such as the ballet and opera as the best ways to express camp. Camp, for many, is also a way of seeing things in a specific light; regarding life around us in a camp lens. However, Camp is not entirely personal and interpretive. A good start to seeing the style of Camp is to look at art nouveau pieces. It’s important to remember the flamboyancy behind dressing camp, as well as the presence of pop culture. Gucci’s creative director Alessandro Michele excellently surmised camp as “high art meets pop culture”. Some sources of inspiration in Sontag’s essay include Swan Lake, Scopitone films (the 1960’s precursor to music videos), women’s clothes in the 1920’s (read: think beads, feathers, fringe, the more the better), and “stag films seen without lust”. All the examples cited in the essay create a sort of smorgasbord of styles without a clear definition or guideline. Camp seems to be just as mystifying as it is eclectic, and that’s just the way it’s supposed to be. 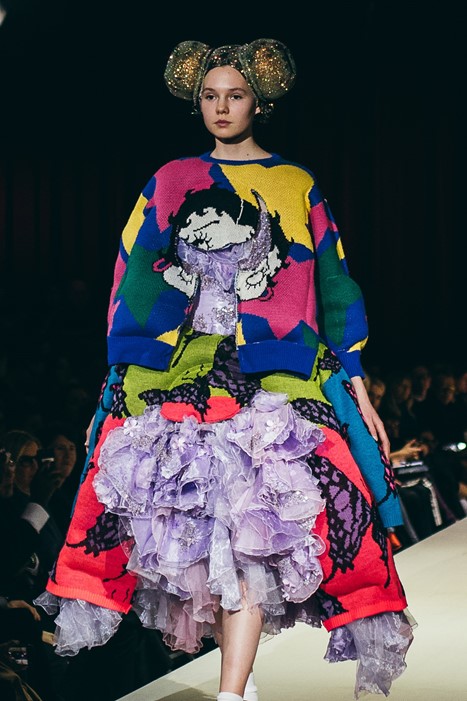 Camp isn’t an aesthetic that can be neatly outlined and described, and that’s the point. Camp is an aesthetic that can’t be done well intentionally, but it is born out of the combination of different flamboyant inspirations from our pop culture. “Pure camp”, the best kind of camp, is one that’s done without regard for what it is and is naive in its presentation. The lists of who will be best and worst dressed next year are going to be judged in a drastically different manner than how they have been judged before. Previously, guests have been awarded based on how closely they follow the theme, but how can one follow a theme that’s not meant to be followed?

Regardless of what the glamorous ensemble shows up in, there’s no denying that picking Camp, an aesthetic that has remained so constant throughout centuries of fashion, is perfect for a gala meant to celebrate fashion. A dynamic team of co-chairs will also be there and will undoubtedly deliver the best night possible. Starting with Anna Wintour as usual, Serena Williams, Lady Gaga, Alessandro Michele, and most surprisingly Harry Styles, will be coming together to form an amazing team.

How do I Ocean's 8 my way into this? https://t.co/uHAPvrVDVZ

The exhibition will be sponsored by Gucci and will cover all of camp fashion, from Versailles to its role in queer culture. The gala itself will take place on May 6, 2019.