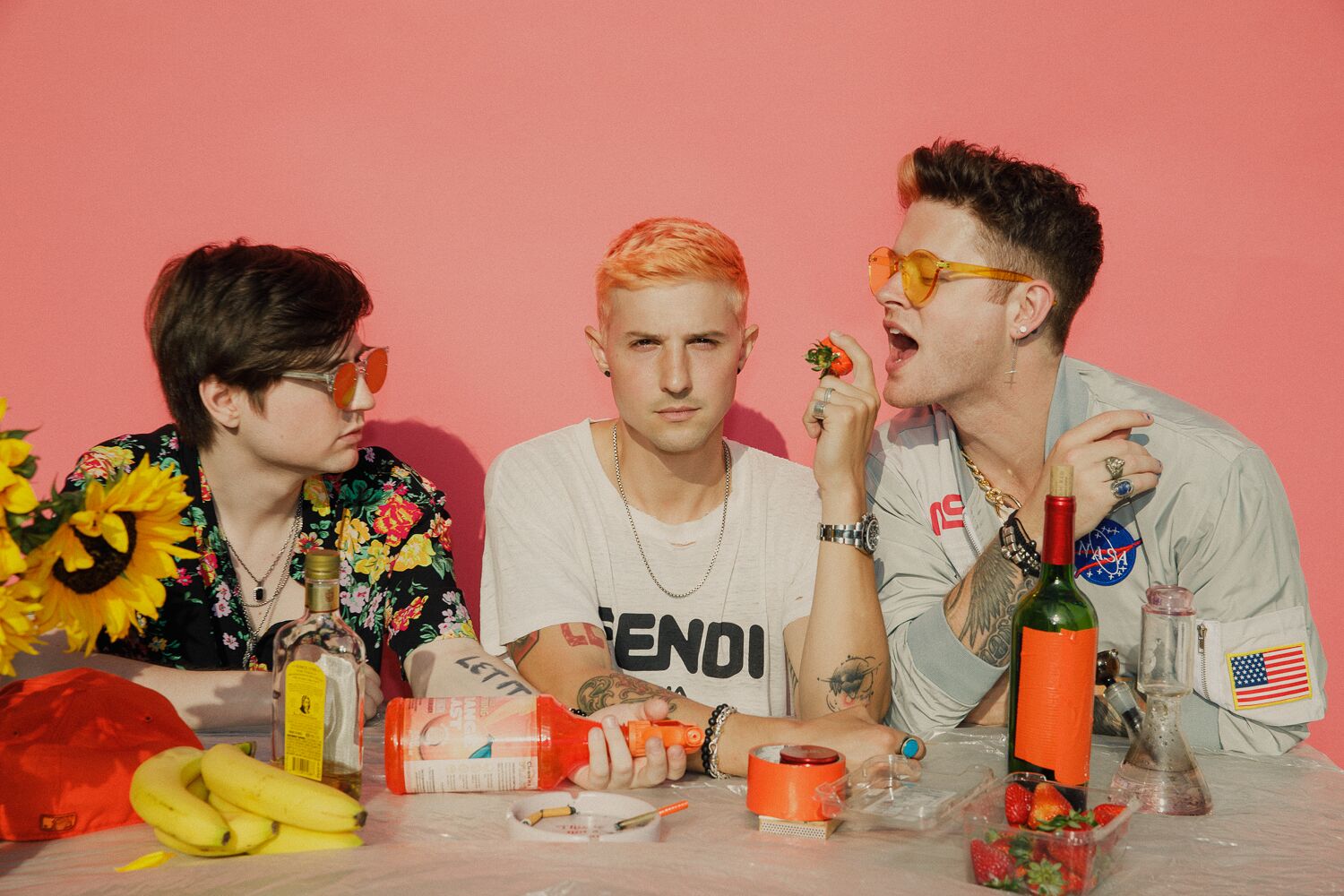 If you grew up in the early 2000’s to mid 2010’s there is a high chance your memories are full of Hot Chelle Rae’s music. “Tonight Tonight” and “I Like It Like That” were most likely loaded onto your iPod and blasting on the radio. You probably knew every word to their songs, and there’s a high chance you can still recite the choruses from memory, whether you realize it or not. Well Ryan Follesé, Nash Overstreet and Jamie Follesé are back after they went on hiatus in 2015, and they have come returned to the music scene with their newest song, “I Hate LA.”

“I Hate LA” starts with a combination of echoing whistle synth and trap beats before lead singer Ryan begins, “I crossed out your name that I tatted on me”. This could be in reference to the lyric in their hit “Tonight Tonight” that skyrocketed in the charts to number one and sold over 3 million copies. The lyric in “Tonight Tonight” goes, “I woke up with a strange tattoo.”

The song continues as trap beats and acoustic guitar are blended and introduced, “You threw me in the trash like that origami/Hit me like a wave, I call you tsunami/Now I’m drowning in the space, Mr. Melancholy (Yeah-yeah-yeah) And now,” The beat slightly drops as the pre-chorus is introduced: “Every time I drive the PCH I wanna cry/And I know I sound dramatic but it makes me wanna die,” Ryan adds a slight chuckle on the lyric “dramatic” and adds How could you go ruin a whole city in a day?/I hate LA (Hey), I hate LA.” The central focus of the snog is introduced here, as he complains about how horrible he finds LA to be. 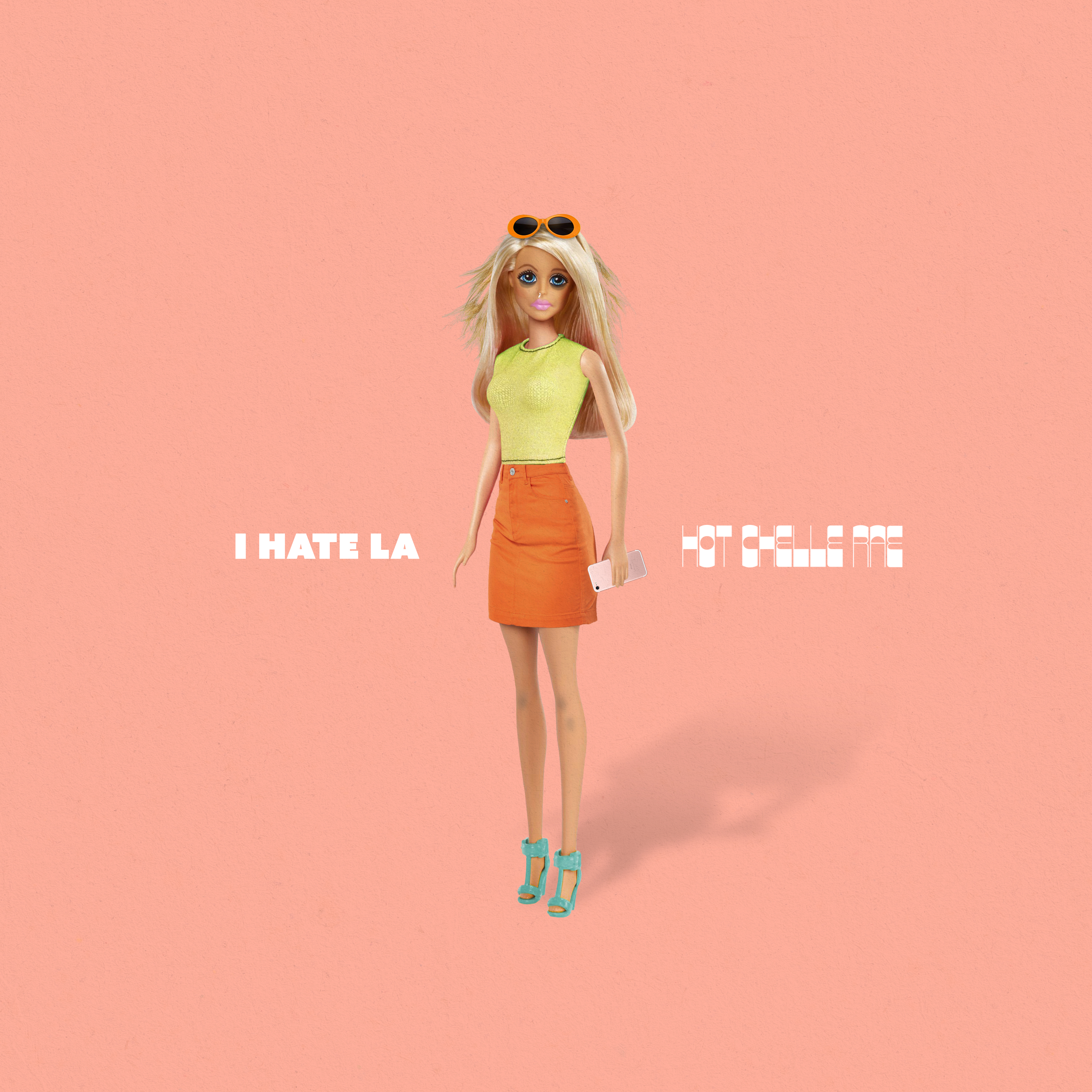 “I Hate LA” continues with references to California and Hollywood, “Guess I’m not your speed, no, I’m no Ferrari/Broke my heart just like a board, who taught you karate?/It’s sunny every day, why can’t I get happy?/Ain’t nobody here for the pity party (No-no-no) And now,” and then Ryan sings about how a girl is diluting the beauty of the city, “…Hate it when I see you/Out on Melrose in shell toes/Mulholland in high heels/Yeah, I know this weather is ideal/But the city don’t care ’bout how I feel Take a drive to clear my mind when I’m upset (Woo) But to my surprise I don’t see you on Sunset.”

Hot Chelle Rae’s relationship with LA softens as the girl they have been singing about leaves the city. It sounds as though the girl also came to “hate LA,” possibly because of him. “Don’t know when it happened but I heard you moved away/Funny how a U-Haul turns lemons to lemonade/I was gonna leave but like a palm tree I got swayed/I love LA (Woo) I love LA.” They conclude the song, singing, “I love LA, yeah I love LA I love LA, yeah I love LA I used to hate it, now I love it Oh, yeah.”

The use of trap beats is a new sound for the group, and greatly contrasts the pop-punk style of their past music. This band, originally from Nashville, doesn’t hate LA as they seem to at the beginning of the song, but instead, hate the way a particular girl makes them feel. This was a theme in their song “Tonight Tonight” where they sang about a girl from California – “And my girlfriend went and cheated on me/She’s a California dime but it’s time for me to quit her…” They haven’t strayed too far from their past, still telling stories and using light and poppy tunes. “I Hate LA” is a triumphant return to music, laced with nostalgia but fully focused on the future of Hot Chelle Rae.

You can stream “I Hate LA” everywhere now (even LA).