From common listeners to top-tier music critics, BTS’s groundbreaking presence in the Western world has been nearly impossible to analyse or describe, leaving many baffled as to how they’ve been able to grow such a tremendous audience behind the back of our diversity-lacking music industry.

The difficulty with understanding the group, however, lies in our perspective: BTS might be musicians on charts and paper, but to their audience, they are quite literally a movement. To know what the group represents, you have to think not in terms of music, but in terms of the values, they promote and represent. Ask a Western music critic who BTS are and they might answer “the new One Direction.” However, if you ask the same question to those across the globe who’ve found comfort and strength in their music they’ll say they’re the faces of a movement.

Since their debut in 2013, the group of 7 Korean men have passionately promoted advocacy and social change, encouraging young people to speak up and stand up not just for themselves, but for those around them as well. Their songs have acted as outlets for voicing these ideas, with tracks such as “Am I Wrong” calling on society to not be ignorant towards the hardships of others, and “Silver Spoon“, posing as a war cry for young people facing obstacles put in place by previous generations. BTS masterfully unveils messages that were previously stigmatized not just in K-Pop, but within our society in general, and hold nothing back as they walk audiences through the realities of today. They channel powerful emotions into upbeat and seemingly happy songs, transforming them into symbols of this generation’s battles. This ability to amplify so many voices on such a large scale, and in mainstream worldwide media, is what leads to the powerful sense of community that their fanbase (dubbed ARMY) shares – they’re not only supporting artists, but they’re also working together to create positive change. Combined with the rare sincerity and openness of the group, BTS’ music and actions have encouraged fans to apply the same values in their own lives and contribute to a better and kinder environment.

While the group’s lovely fanbase, ARMY is constantly praised for how organized they are in promoting the group and supporting them, they have also become heavily involved with promoting the values that BTS teaches, and often come together to support various causes. Since the rise of the group, their fans have gathered millions of dollars worth of donations in their name, supporting ethnic minorities, women, children, environmental activists and more. Many of these initiatives are started via social media by fan accounts, celebrating occasions such as members’ birthdays, band anniversaries, or to wins and milestones of the group, with almost none of the projects being launched by the group itself. New projects are started at least once a month, spreading like wildfire through group chats, fan pages and even trending on social media. To celebrate member Jin’s birthday in December, for instance, fans donated over $5,000 worth of sanitary products to female students from low-income families in his home town of Gwacheon. A month earlier, for member Jimin’s birthday, fans from over 40 countries around the globe raised almost $4,000 for Mind Leaps’ Rwanda, an initiative that educates children living in areas affected by conflict, and for the group’s 4 year anniversary another $15,000 was raised to help children suffering from life-threatening diseases. This month, to celebrate member J-Hope’s (Jung Hoseok) birthday, over $3,600 were raised to provide treatments to children born with facial and oral malformations in Peru.

Not all projects are coordinated for a special occasion, however, with a lot of them simply born out of the fans’ strong willingness to help and show their admiration towards the group’s message. Surrounded by a strong community based on friendship, mutual respect, and common values, fans feel much more encouraged to point out issues within their environment and then take action to spark change. Just a few weeks ago, as the temperatures dropped in Korea, fans from several countries came together to raise donations for “comfort women” forced to serve in Japanese brothels during World War II. Almost $10,000 worth of clothing items were raised over the course of a weekend, with fans also releasing an official statement explaining their efforts and saying they wanted the women to “stay warm during an increasingly cold winter.” In December, after a 10-second video of member Jin pulling out a plastic bag while fishing was posted on BTS’ official Twitter account, fans quickly joined forces and selected several ocean conservation initiatives to support.

The K-pop group is not often involved in these events, however, there is one specific initiative which they’ve avidly promoted and felt very strongly about. Most fandoms and artists have symbols to represent their bond, and as BTS and the ARMY are connected by a strong sense of community and advocacy, one of their symbols is the “Love Yourself” campaign, launched by the group as part of UNICEF’s End Violence program. Its mission is of great significance, working towards ensuring a safer and more certain future for underprivileged children across the globe, and promoting self-love among youth. It quickly raised over 1.6 billion KRW ($1.4 million) in donations, out of which 500 million KRW ($447,000) was given by the group themselves. The leader of BTS, Kim Namjoon, followed up this accomplishment by giving a speech on behalf of the group at the 73rd UN General Assembly and explaining the message they want audiences to take away: “Tell me your story. I want to hear your voice, and I want to hear your conviction. No matter who you are, where you’re from, your skin colour, gender identity: <speak yourself>.”

It is strides like these that truly act as a testament to the powerful and positive influence that artists can have when they use their platform for good; not just preaching about change, but also working towards it through their actions. Audiences are quick to connect with BTS because they’re carving the path to a different kind of fan experience – one in which you are not merely a follower, but someone who works alongside them, eventually taking charge of their mission and personally working towards it. As a result, millions of people from one of the most diverse fandoms of today are learning about kindness, community, and social change, and are beginning to understand the power that we hold when we work together.

Hear BTS’s message through their speech at the United Nations: 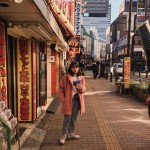