WARNING: Spoilers ahead
Credit to all photos goes to NRK and the creators of SKAM.

SKAM, which translates to SHAME, is a multi-media television show produced by NRK (Norwegian Broadcasting Company) about the lives of teenagers living in Oslo, Norway. There are four seasons of the show, each through the perspective of different main characters who are dealing with personal issues. Every day, a 2-5 minute clip is released and on Friday, all the clips are compiled into an episode. Along with this, texts, Instagram posts, Facebook chats, etc. between characters are released throughout the week.

We’re first introduced to Isak in season one as friends with two other characters, Eva and Jonas, who are dating. It’s revealed to us that Isak played a role in breaking them up, and we also learn that it’s because he had a crush on Jonas.

In season two, Isak has entered into a relationship with the character Sara. In fact, the season opens with the two of them making out. There isn’t much talk about their relationship other than the fact that the main character of the season thinks that Isak is overcompensating for something.

In season three, it gets revealed to us that Isak moved out of his house because of family issues; his roommate Eskild says he knew Isak was gay because they met when Isak was “drunk and alone in a gay bar and didn’t want to go home.”

Season three is told through Isak’s perspective. The first episode opens with him in the bathroom with his friends at a party. His friends are talking about girls they’d like to hook up with and making fun of Isak for not wanting to. He says that they all have low standards, but finally discloses that there’s one girl he would hook up with after being pressured by his friends to pick. That girl is Emma.

She comes into the bathroom with her friend and the boys’ pressure Isak to make a move on her, so he does.

Throughout the course of the next few episodes, we’re introduced to Even Bech Næsheim (Evan Beck Ness-high-m), Isak’s love interest. We’re shown scenes of Isak watching him from afar, looking up his name, and even joining a club Even has signed up for.

While these are obvious signs of a crush to us, we can see Isak struggling internally to go through this alone. When his roommate Eskild, who is openly gay, is looking through a dating app, he shows Isak pictures of men and asks for his opinion. Isak is visibly uncomfortable, saying that one boy “is probably handsome.” Eskild tells him that he can say another boy is handsome without being gay, to which Isak confirms the guy “is probably handsome.”

Isak and Even start to form a friendship that Isak keeps secret from his other friends and Emma, who he has continued flirting with. We can see how he struggles to keep his relationships from intersecting. He lies to his friends and Emma on multiple occasions about his whereabouts and ignores the subject when they discover his lie.

After a particularly difficult conversation with his friends, we see Isak pull up the infamous Gay Test (http://www.gay-test.com/). He takes it and the results tell him that he’s 20% gay. He then looks up “how to get turned on by girls if you’re gay”.

The next day, Isak and his friends are watching a dance class. All of his friends are clearly entranced by the girls, but Isak just looks at them with a confused expression.

After the dancers are done and their teacher speaks to them, Isak asks, “does that guy really need to be that gay?” And says he’s “ultra-gay.” When his friend asks why he’s dissing gay people, Isak says he isn’t, it’s just really obvious. He’s met with a disappointed look and we can see that he feels bad about what he said, but he’s overcompensating for his own internalized homophobia.

Among issues like internalized homophobia, we see Isak work through his issues with religion as well.

Isak and his biology partner, Sana, are working together when Isak gets a series of Bible verse texts from his mother which clearly freak him out. He and Sana have a conversation about religion vs. science in the modern age and Sana concludes that neither of them knows all the answers and that he should respect that they’ve chosen different beliefs.

Isak and his mother have a bit of a strained relationship, but we’re shown very clearly that his mother’s religion doesn’t get in the way of her love for him. After Isak and Even have begun dating, he sends a text to his mother saying that he knows she believes in God and the Bible says being gay is a sin, but it also says that everyone is created equal so she doesn’t have to worry.

Throughout the course of the show, we see Isak struggle to accept his sexuality. From conversations with his roommates about how he doesn’t like gay pride to texts with peers about rumors of his sexuality, Isak finds it very hard to silence outside voices and focus on how he feels about himself and who he likes. After he kisses Even for the first time, he decides to come out to his friends, showing us how he’s slowly coming to terms with himself through the help of others. As previoulsy mentioned, he also comes out to his family.

Learning to be out:

Isak has gone through what most LGBT+ teens do; internalized fear and doubts, and the inevitable coming out. The final step is learning how to be out, how to act, how to feel about the whole situation. SKAM portrays this incredibly well. After Isak and Even have gotten together and he’s come out, we can still see Isak isn’t totally comfortable with his relationship and PDA. But in the last few episodes of the season, we see Isak has opened up to his roommates about his relationship and the two of them go to a Christmas party together, as boyfriends.

The episode concludes with a very insightful quote from Isak: “Whether you believe in Jesus, Allah, the theory of evolution, or parallel universes, there’s only one thing we know for sure. That life is… 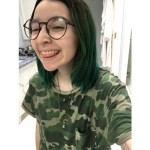