In today’s music world although we have made great progression we still seem to be placing female artists into this constraining box where you must look, dress, say and sing a certain way. SZA, however, is at whole, an act of defiance and liberalization to that way of thinking.

“I don’t want to be pigeonholed into the being of someone else or something. I just want to be able to do what I want to do.”

Born as Solána Imani Rowe, SZA began her journey into the world of music purely by accident. The 26-year-old artist truly lives up to her stage name, influenced by Wu Tang Clan’s RZA; the letters that make up her stage name come from the supreme alphabet the S stands for “Sovereign or savior” the Z for “Zig-zag” and the final A for “Allah.” Being a woman in the music industry alone and staying true to yourself is a battle on its own, now to top it off SZA is signed to Top Dawg Entertainment, a label made up of a new wave of R&B rappers such as Kendrick Lamar and Schoolboy Q. This is predominantly, actually entirely made up of male artists with the exception of this bad ass talent from New Jersey. SZA is leading, if not starting a movement and empowering women everywhere both through her accomplishments and through her lyrics.

Before her big breakout and prior to music entering her world, Solana’s life growing up was very different than one would think, yet very relatable to the kind of life young girls are living today.

“I was born in St. Louis, but I’m from Maplewood, New Jersey. Maplewood is completely different than the rest of New Jersey. It’s very small, it was predominantly white, Jewish. I went to school with all white kids and my Girl Scout troop everyone was white. I was being the token black everyday… I was raised orthodox Muslim. Very sheltered, very conservative… Somewhere around the 7th grade, when 9/11 happened, shit got weird and awkward. I was attacked at school and taunted. It got really uncomfortable and I started to get embarrassed.”

In most interviews when asked about their childhoods female artists tend to not speak about their early struggles of finding acceptance, and that isn’t limited to females many males shut down when having to bring up hard times from the past. In almost every interview I have seen SZA do when asked about her early life she is very raw and very open about what life has dealt her and rather than hiding and dwelling on it she has used it almost as a tool to show her strength and a reasoning behind why she is the way she is. Her background and culture is proudly shown in her stage name as previously mentioned her god is preserved in her very title as “SZA”. Most artists don’t like to get into their religion for it conflicts with what their lyrics say and the things they do. Most of us can relate to that, our actions are very defiant of what religion we identify with if any. SZA acknowledges that and embraces it with such charisma and makes it “normal”.

SZA is a role model to young women everywhere for unapologetically speaking her mind and acting whatever way she so pleases. No matter what the world may think of her SZA continues to have ctrl of her life and paint her world the colors she wants it to be rather than the colors we are used to seeing. We’re so used to seeing celebrities amplify their life’s and put themselves in this high pedestal of perfection with standards we find impossible to reach. SZA simply lives her life whether she has it in control or not SZA accepts and embraces what she is given. In a society where women are expected to be fragile but not to the point where anyone hears or sees it because then it becomes annoying.. and a society where women are not allowed to be sexual and curious or angry for our injustices otherwise we are labeled as sluts and loud mouths. SZA speaks up and embraces all of her feelings and reflects on her growth and accepts that in order to gain control she had to lose it.

After high school, SZA was transferring between colleges before she ended up dropping out completely. She comments on the reason being as simple as smoking weed and being bored with school.

“I’m really good at school, but I’m bored with school. I got really good grades and I love to write but I just wasn’t passionate about it. I’ve done so much odd shit, like worked at Sephora, and so much nonsense that I didn’t really care about.”

Women are constantly ashamed of their failures because of this picture society has painted of women needing to be “picture perfect” without a single fail or flaw, and god forbid we change our minds. It was as simple as school just wasn’t the path for SZA, a path that isn’t for so many of us but again we force ourselves to go through with it, to be placed into that box rather than just be happy or follow our true passion. Even if it does mean bartending at a strip club, not society’s “ideal” job but so long as you follow your heart, know what you don’t and do want and finally take CTRL life will happen the way it is supposed to, SZA is a living example of just that.

At this point in time after realizing school was no longer her path depression came stepped into her life.

“I was depressed and he was depressed, and I didn’t have shit else to do.” Turns out, music was just one thing I didn’t suck at.”

And it was with her brother the rapper from Manhattan, Daniel that her musical journey began. Daniel was working on a song called ‘Where Do We Go From Here’ when he asked his younger sister to sing whatever she felt and his comment about her pretty voice ignited the flame to the next big years of her life. Little did she know these moments with her brother would result in three EP’s and one monumental album.

“I want to stay isolated so I don’t kill my imagination. I love being by myself. I have social anxiety; the quitting comes from the fear which comes from the anxiety. So as long as I’m well isolated, which I am now, I’m fine. I can flourish if you leave me alone.”

SZA is an introvert a women of little words an outgoing yet utterly shy to herself person who likes to isolate herself from the world and would rather enjoy life and not worry about the materialistic part of this upcoming but instead focus on her own health and internal happiness.

“Isolation seems like utopia; it’s the best thing I could ever ask for. It’s messing up my social skills.”

We see all of these famous women on TV with impossible figures and $10,000 pants taking the most exotic perfect Instagram selfie and that’s what we idolize that’s what we make our dream.. such an unrealistic life to live. SZA, however, defies that and focuses on being just her.. on living on sharing her music sharing her life showing love.

“The moment I start worrying about what party I’m going to or what outfit I’m wearing on Instagram, those kinds of things, I’ll fail. I know I will. I don’t do well when I allow general population in my brain. I feel like my music might not be honest if I allow other things to cloud me.”

Every Tv station we go on every video of a well-known person we idolize we see the flashy, they outgoing, the loud… we see the front. We are never shown the quiet and the at genuine side of this art. Us introverts are left out, we are isolated and countless teenagers don’t pursue their dreams of music and makeup and film because it’s such a common idea that in order to pursue careers like that it must come along with the public always in your life and the lavish expensive ways of living for the perfect selfie. SZA goes against that, she paves a new wave and separated whats expected to what she wants. SZA takes ctrl rather than allowing society and the media to ctrl her.

Women are always labeled as control freaks and always wanting to have the last word and then we’re called “naggy” but at the same time we’re expected to shut up and go with whatever the man is telling you to do, we never have control we must always go with what man says. In such a subliminal way SZA accepts that she is both in control but she has also very much lost it, and it’s the balance and acceptance of both that overall allows for her to be herself. She accepts and embraces who she is. Self-acceptance and self-love are things a lot of us don’t have, especially women of color. As a woman of color, I can tell you that personally, SZA has allowed me to love myself, her words, her actions and her oral itself has helped me in ways I can not explain. Our media is full of light-complected women all of the same shape size and skin tone. Our media is full of “obedient” soft spoken women. Our media is full of one kind of women. Our media does not include us all, and it is a breath of fresh air and a proud moment to be able to see an incredibly diverse woman like SZA ever growing and climbing up this ladder, we see a piece of each of us within her, and it brings me the utmost joy to see her grow and to be able to See.SZA.Run.

Why Pewdiepie Saying the N-Word Matters 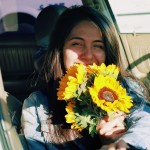