In Defence of Rupi Kaur
Advertisement

he had the smell of
starvation on his lips
which he picked up from
his father feasting on his mother at 4 a.m.

Kaur creates haunting imagery with her poetry and utilizes her career to write about pressing issues for women of color. Her writing is blunt, and while she stumbles in her prose, the majority of her work is strong and candid.

This article raises valid points about the flaws of Kaur’s style, and highlights the incredible work of Nayyirah Waheed — but as it also points out, poetry is subjective. Her work is vastly different to Waheed’s, as Kaur uses enjambment and longer lines that lend themselves to spoken word, while Waheed is more controlled and concise. They may tackle similar themes, but Kaur’s style, while clumsy, doesn’t diminish from the overall message, or make her inferior to Waheed.

Kaur’s work isn’t “a glorified and messy collection of words cheered on so thunderously by society that the words of other (perhaps more) talented poets are entirely unheard.” By attaining such notoriety, she isn’t stealing opportunities away from other women of color.

Instead, she’s opening the minds of readers to other writers, who discuss their identity, with relation to their race. She’s amplifying the voices of female poets, and it isn’t our place to criticize her success or insinuate that her work is detrimental to other poets. Every unique voice, no matter how grating, adds to the cry for these under-appreciated writers to be more visible.

Kaur’s work, like the work of any writer, should be scrutinized. But, it’s indisputable that poetry has seen a serious decline in popularity — so any poet using their work to champion the stories of women everywhere should be recognized as someone trying to help.

A Dance With the Water Wraith 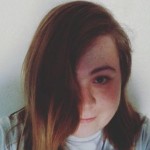