Neon Trees Return with Hit 'Used To Like'
ShareTweet

This month, I had the chance to converse with Hailey Knox, whose raw songwriting and voice have yet to leave anyone indifferent. The loop pedalling artist is taking the music world by storm and just ended her headlining tour this year, during which she mesmerized various cities such as New York City, Philadelphia, Washington D.C., and Nashville. She will go on tour with Bailen at the end of this month and open up for Corinne Bailey Rae in multiple shows in July. Described by Atwood Magazine as “gracefully elegiac”, Knox’s new album “Hardwired Mixtape” is sure to allure its listeners into Knox’s musical take on what it means to be human through her mostly acoustic songs. You can listen to her new album >here<

What does the song Hardwired mean to you? Why did you name your mixtape after that song?

“Hardwired” is one of my favorites from the mixtape. I feel like it explains me in a song and there is a common theme of feeling lost throughout the mixtape. “Hardwired differently” can connect to all of the songs.

What was the hardest song for you to write on the album?

“Hardwired” may have been the most difficult because of the emotion and having to think back to situations where I felt misunderstood and taken advantage of. I wrote with my friend Maggie and we spent a lot of time talking before anything. Being so open and vulnerable is tough but when I feel low and think back to a shitty time, it really helps to create and channel those emotions through writing, playing guitar or singing.

Any personal favorites off the project?

I really love performing “Hardwired.” I also feel very attached to the interlude pieces that are only a minute long. “Hold me” and “Unicorn Mushroom” show a glimpse of how I create and the beginning of what could be a fully fleshed our song. 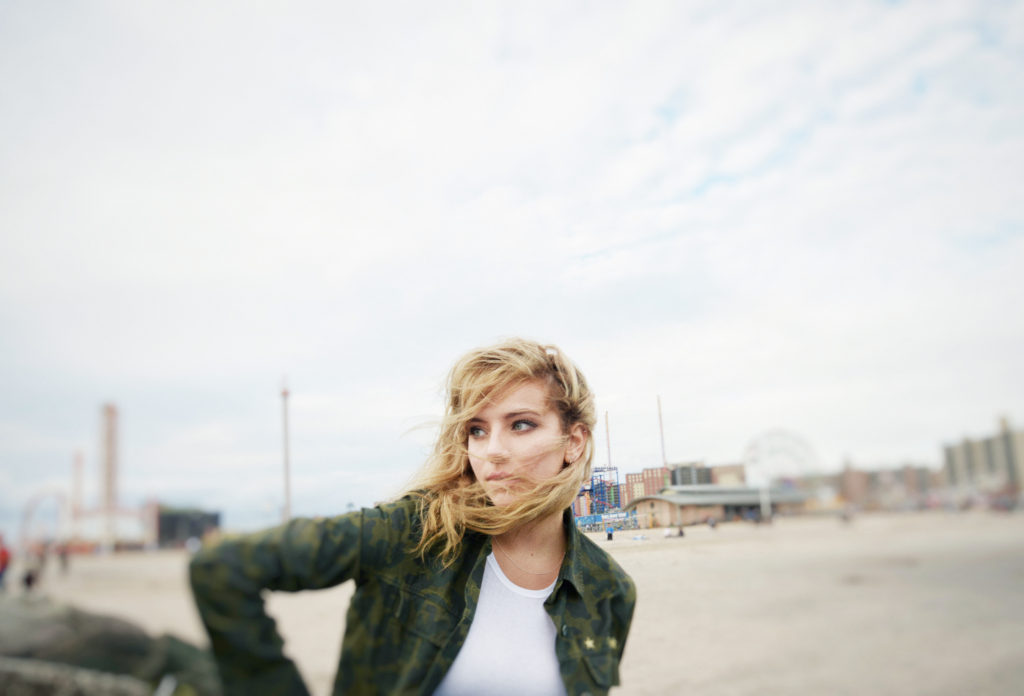 Are all of your songs inspired by your own experiences?

What do you hope for your audience to take away from Hardwire Mixtape?

I hope that people can feel connected to the lyrics and feel the emotion behind the songs. Each song has a different style and the production jumps from song to song. The lyrics are very personal and I hope people can understand the stories and relate to the feelings of self-doubt and loneliness that I touch on.

What is your favorite part about touring?

Traveling and getting to meet people who listen to my songs is the greatest. Hearing people talk to me about how a lyric or song has inspired them in some way or even help them is just crazy. Whenever someone lets me know how my music has impacted them, it honestly helps me to keep creating and want to release more and more out to the world.

What advice would you give to any aspiring artists?

Trust in your ideas. When creating I often go through a cycle of loving the song then questioning it, hating it and loving it again. It’s important to follow through on ideas and push through even if you start doubting or becoming frustrated with the process.

Are there any future projects you’d like to give us a heads up on?

I’m working on new music all the time. I don’t have any set date yet on releasing anything but I’m hoping to get something out very soon!

In this article:Hailey Knox, Hardwired Mixtape
Up Next:

Eighty Ninety Is The Indie-Pop Duo You’ve Been Craving

Irène was born and raised in Paris, France to an Eurasian family. She spends most of her time making music and writing essays, and enjoys traveling, reading, and going to museums.