Interview with Crater: Where do Politics and Music Meet?
Advertisement

It has been said time and time again that musicians, actors and celebrities in general should stay silent when it comes to politics. Mark Wahlberg and Alice Cooper are just a few people in the industry that believe that the entertainment industry and politics should stay far away from each other. However, in recent months it seems necessary for these artists to use their platforms to speak out about women’s rights, racial rights, LGBTQ+ rights, and any other human right in jeopardy.

In order to get another, more experienced viewpoint on this subject, I asked Seattle based, electronic pop duo Crater for their opinions on where music and politics should meet.

Thank you for agreeing to be interviewed! For those who don’t know Crater, could you introduce yourselves and your music?

C- Hey, I’m Ceci from Crater, an electro pop duo based in Seattle that includes myself and my best friend Kessiah. It’s always tough to describe your own music but I suppose in my mind it ends up sounding like organized chaos you can dance & cry to.

How important is it to each of you to be politically active?

C – I think it is important for both of us to be politically active especially given the current state of politics in the U.S.

K – As a queer identifying biracial woman, it is extremely important.

Do your political beliefs have an impact on the music you create?

C – 100%. On our first album we didn’t have any songs that were overtly political but our new record is highly influenced by the current political climate. Kess & I have always been vocal about our socio-political beliefs but it hasn’t translated into our music until only recently. I always wanted to write protest music in the past but didn’t really know how because I didn’t feel strongly enough about it.

K – The creative process is impacted by our lived experience. It is impossible for us not to be somehow affected by Trump’s tyrannical parade. It’s endless.

In your latest track My Body, you make your opinions of feminism very clear with the repeated lyrics, “MY BODY MY CHOICE.” Additionally, 100% of download proceeds went directly to Planned Parenthood. Can you take us through the process of creating the song?

C- I wrote this song the week of the election, a couple of days after going to an anti-Trump rally. It began as an aggressive instrumental techno track, but I couldn’t get the words “my body / my choice” out of my head after having screamed them for hours the night before with hundreds of other angry people. The song is not exclusively feminist though. It’s all about basic human rights. We will not put up with this and we will not be fooled or play nice any longer.

Planned Parenthood is an organization I have gone to throughout my life when I was in need and without money. It is on the verge of being defunded and they need our support more than ever.

As musicians, do you feel like it’s your duty to speak up about injustices in the world?

C – Most definitely. If we don’t who will?

K – Even if I wasn’t an artist I would still feel this responsibility.

Building on that, how do you feel about artists who don’t use their platform to denounce the political turmoil that our nation is going through currently?

C- The creative process is different for each and every artist. We all express feeling in an infinite number of ways so I’m in no position to look down upon artists who don’t use their art as a platform to denounce politics. If all art was political what would we have to provide us relief when we need it?

K- It would be a bit hypocritical to berate someone for choosing to express themselves differently. But I do think that artists who come from a greater place of privilege should constantly be checking that privilege. I don’t need them to write a protest song, but showing some level of solidarity with the disenfranchised will make for greater change.

Have you received any backlash regarding your open political beliefs?

C – Someone commented on one of our Facebook posts who was clearly in disagreement with our pro-choice beliefs. People are entitled to their own opinions as long as they can back them up and as long as they don’t hurt anyone with them in the process.

K- Yes, people are entitled to their own educated opinions and with them I will happily engage in constructive dialogue. But THAT dude was an ass hat troll. Like honestly we’re not a big band how the hell did he find us?

Finally, is there anything you hope to achieve in the world through your music?

We can only hope that listeners find some solace in our music and feel something when they hear it.

You can listen to Crater’s album “Talk to Me so I Can Fall Asleep” here.

In this article:artists, music, politics
Up Next:

Songs For the 2AM Blues 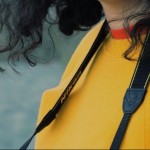