Is 'What The Health' Really Turning People Vegan?
Advertisement

From the creators of ‘Cowspiracy’, Kip Anderson and Keegan Kuhn present what the consumption of a high meat and dairy diet can do to the body. The buzzing new documentary is being advertised as “The Health Film That Health Organizations Don’t Want You To See” because of how these popular health organizations, for example, The American Heart Association are negatively influencing the health of our nation today.

The film was released in March 2017 but was recently made available on Netflix in June 2017. Throughout the documentary, Anderson tries to get into contact with various health organizations such as The American Heart Association and The American Diabetes Association to get answers as to why their company is promoting the foods that help cause the life threating problems in the first place. Anderson also visits local citizens that live near the hog facilities and interviews them on how they feel about the animals being in their backyard and how it impacts their day to day lives.

I must admit it’s an eye opening documentary but can come off as unrealistic at times. If I can’t eat meat, dairy products or fish I can only eat just vegetables and salads? This might be very hard for some or most Americans to do. Also, the documentary mentions that eating one egg a day is equivalent to smoking five cigarettes a day in terms of life expectancy. Although eggs have been known to not be the best for your health this doesn’t seem entirely too true. For more information on the documentary’s claims, you can visit Vox.com where they debunk the entire film.

Whether or not the facts that come from the documentary are true, many people seem to be believing it and making a change in their diet. A lot of people took to Twitter to express their feelings about the documentary.

“Just watched #Whatthehealth and I’m vegan now… d*mn these vegans got to me.. I get it now.”

On the other hand, viewers are claiming that the film is all based on “cherry picked facts”.

“That “What The Health” movie really needs to be taken with a grain of salt. Alot of cherry picking facts in order to fit its agenda.”

The popular documentary has definitely got people talking whether they should change their diet or not (no matter how long it’ll last), which is exactly what Anderson and Kuhn were probably eventually hoping for. I agree with the idea that we as Americans need to focus more on more fruits and vegetables rather than fast food 24/7 but will you be able to cut out meat, dairy, eggs, and fish?

Watch Out For ‘Hair Love’: An Animated Short Film on a Black Father Doing His Daughter’s Hair

‘In A Heartbeat’: Four Minutes of Beautifully Animated Gay Representation 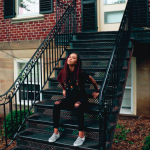