‘It Comes at Night’: Beneath the Surface
Advertisement

Despite the stellar online reviews of It Comes at Night, the movie seems to be leaving many moviegoers perplexed and disillusioned. Instead of a typical horror movie — vapid and thrilling — the audience received a film that focused more on underlying conceptual themes, obviously leading to a lot of unanswered questions.

The plot centers around a family in a mansion in the woods that endeavors to stay as isolated as possible while sustaining a regular, healthy lifestyle in the middle of an apocalypse. They eat meals at the kitchen table together twice a day, only leave their home to gather food and supplies, and suspect anyone in the area as an automatic threat. When a man, Will, intrudes into their home and claims that his wife and kid are running out of water and food, the father, Paul, reluctantly allows them to stay in their home. After Will’s son catches an illness, chaos breaks loose and Paul mercilessly kills the entire family. Throughout the film, many cosmic ideas are expressed, whether the audience is aware of them or not.

As the enigmatic movie progresses, little is revealed about the apocalypse situation. We find out that it involves an illness, and that the goal is to stay away from everyone because of the possibility that they may be contaminated. We root for our admirable protagonists because they are a family devoted to keeping each other alive. We are struck with fear when they hear noises coming from the basement, and we are emotional when poignant words are exchanged between characters.

However, the family is disjointed. Few scenes display Paul connecting with his wife Sarah on an emotional, physical, or mental level — whether it be hugging, discussing feelings, or understanding each other’s pain, there is little to none of it. And furthermore, Paul and Sarah have equally strained relationships with their son Travis, acting more as business partners than family. This web of poor communication is even expressed in one of the first scenes of the movie: a kitchen table of sufferers together physically but separated otherwise.

This could be one of the (many) causes of Travis’s inner turmoil. Throughout the movie, he is the protagonist we sympathize with the greatest. Although all three of our protagonists endure traumatic struggles of their own, he is the youngest and most innocent and his suffering is painted vividly. Nightmares haunt him, creating a blurred line between his dreams and his reality. His discontent is blatant — the way he sits at the table looking dissatisfied and in pain. And while practically every character is in the midst of intense isolation, he experiences it the most profoundly. His parents, though unstable in their own ways, have the comfort of each other — even if all that means is sleeping in the same bed and sharing slight intimacy. Travis is completely alone; which is clear when Will’s wife, Kim, joins the mansion and Travis immediately dreams eerily and torridly of her. He is desperate for any type of affection, and a life devoid of it only contributes to his worsening mania.

Paul’s pain is notable as well. Murder has become a sport to him, and the numb, emotionless look on his face when he kills conveys how he has developed an immunity to guilt — which is a vital defense mechanism considering the circumstances, but also a deep cut to the state of his morality. He doesn’t waste time lamenting or even thinking about what he has done because his goal of staying alive is too prominent.

An expressed key value to the characters is family. When the other family joins, Paul understands firsthand Will’s dedication to protecting his wife and kids over himself. So, a question must arise: what would happen if Paul’s own family catches the sickness? Thankfully, we are at least given a vague answer. Travis, who experiences grave paranoia, is absent from the kitchen table in the very last scene. Why? Either the value of family was disregarded and they violently put him to rest because he was actually sick, or, the more likely outcome, the fear and panicked hallucination of catching the sickness led Travis to conduct his own death. This is a direct result of the consistent perpetuation throughout the movie that being dead was safer than potentially being ill. Either way, the family was torn apart by its own attempts to stay alive.

Overall, the movie expresses monumental concepts about what we are willing to sacrifice in times of fear. We relinquish our core values of family, trust, peace, nonviolence, and, quite frankly, we put our lives above our morals. But what is life without morals? At a certain point, when morality is our last concern, we’re in danger.

The main reason behind people disliking the movie is the lack of context and answers. We are not given an explanation of where this all transpires, how everyone else is doing, what the illness is, or who this family even is. As human beings, we are inclined to wonder these things and expect details. However, implementing a more specific plot would hinder the movie’s intellectual meaning. By integrating a noticeable, frustrating aspect of vagueness to the film, the profound central ideas are elucidated and thus force the audience to think for themselves about the message of the movie. A movie is not simply a beginning, middle, and an end. And here, devoid of an understandable ending, watchers must dive into their own mind to ascertain the ending themselves. Travis experienced what, and it drove him to do what?

Logically, it is supposed to inflict confusion on us. During times of fear, this family goes to whatever extent is necessary to survive, but in the end, are their lives worth living? When from their security derives distrust and violence (among a multitude of similar vices), is security really security? Or is it just protecting us from one enemy (death), but harming us in other ways (deteriorating emotional, mental, physical states)? And can we ever create a balance?

A noteworthy scene is when Travis wakes up from a nightmare where he was infected with the disease and his arms were filled with disturbing scars. When he wakes up, he finds himself scratching viciously at his arms as if the scars were real. The audience watches as he tears at his perfectly fine arms in a panic (reminiscent of the final scene in The Forest). The effective image should make us question what’s worse: actually dying or living in fear that you’re dying? I was also reminded of the iconic scene in Macbeth, when Lady Macbeth, amid a sleepwalk, endeavors to wash her hands of her sins as if they were bloody. However, her hands were clean to begin with, and it was pure paranoia that drove her to think she was in trouble. Again, this possible allusion contributes to the significant theme of paranoia’s damaging effects. In Macbeth, Lady Macbeth is distraught because of her guilt and fear of getting caught for murder, and in this movie, Travis is conflicted in a similar way. He is possibly overwhelmed with guilt — though having never killed someone, he permits and watches as his father nonchalantly does. Along with this burden, he is constantly petrified of contracting the illness.

It Comes at Night is not going to be for everyone, but for those who sense the bigger picture, it can alter their perception of life altogether. It’s rare for movies to harbor such complexities because of the need to impress the public with something everyone will understand. It Comes at Night was a gem to come across. 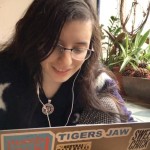