Let me start by stating that being a musician for a little over ten years and having been a music fan my entire life has created my predisposition to thrive on discovering new musicians and becoming addicted to their music. The crave for music is a feeling  I assume has been felt by many of you reading this as well, and therefore I felt that this article was absolutely necessary.

Singer/songwriter Jacob Whitesides is best known for his earnest, melodic pop and online cover songs. Born in Knoxville in 1997, Whitesides first became interested in music while attending a bluegrass festival in 2008. By his teens, Whitesides was playing shows around Knoxville and had already garnered a huge online following for his YouTube cover songs. In 2012, he gained even more national attention after making it through the first cut on the second season of Fox’s The X Factor.

I had the pleasure of meeting Jacob Whitesides in the fall of 2014 when he headlined OMG! Music Fest, after having discovered him years prior through his YouTube covers. To say that he was mesmerizing in every way would be an understatement. The problem with many artists today is that after years of meeting fans their appreciation of the people who built the foundation for their career lessens significantly. Without directly naming anyone I’m sure a few names came to mind. This, fortunately, is not the case at all with Whitesides. It is clear to see from the massive amount of photos and videos of the young singer meeting fans on social media that the exponential growth his fanbase has had has been met with an equal amount of love, appreciation, and passion.

Whitesides incredible personality and music is certainly something worth noting. His fan base, known as the “Whitesiders”, has been provided with plenty of high-quality music over the past years. The 19-year-old has produced three extended plays titled 3 AM (2014), A Piece of Me (2015), and Faces on Film (2015). In the fall of last year, he released his first album titled Why? (2016) and, according to recent Instagram and Twitter posts, is currently hard at work on his second album. Although I would consider myself to have an expansive vocabulary, his work is indescribable. Every song is consuming and lyrically and instrumentally describes the singer’s deepest emotions, experiences, and thoughts.

Jacob’s splendid voice has many unique elements to it. His voice is deep and soulful and pairs well with a piano yet has a unique raspy and sultry tone to sound phenomenal when paired with a guitar. The fluid transition his voice can easily make between songs featuring different instruments can be seen in both recordings and live performances.

“Open Book” from Why? (2016), my personal favorite, is a prime example of Whitesides lyrical and visual genius and creativity. The song is speculated by lyric analysts from Genius.com to be a detailed description of an exchange between Whitesides and an unnamed female. Normally closed up, he offers to open himself up like an open book and let her learn and look throughout him, only if she lets him hold her. In what I believe is the most beautiful part of the song, Jacob delivers heartfelt lines about the unnamed muse for the song and the collapse of the metaphorical walls around his innermost feelings.

These walls I built, won’t stand their ground

Set it in stone, you’ll stick around

In the visual masterpiece for the song, Jacob sits in a room filled with pages presumably ripped from a book. His distraught mannerisms and analyzing of reflection in a mirror in the room are met with the young man writing short phrases on the pages scattered among the room. The monochromatic color scheme, illustrated by the black and white pages and Whitesides’ simple outfit of a classic white tee paired with black jeans, is simply stunning and contributes to the emotions portrayed by the soulful lyrics.

Whitesides’ charming nature, undying love for his fans, lyrical and visual genius, and unique voice certainly make him one of a kind.

In this article:art, fan culture, jacob whitesides, music, new music
Up Next:

This Is ‘Melodrama’: A Track-By-Track Review 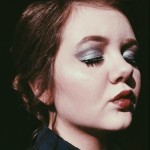