There’s something almost ethereal and holy about Kelsey Lu’s music – it’s everywhere, from her voice to her cello. It makes her music almost incomparable with anyone else’s, and the same can be said for her debut album, Blood. The new album from the North-Carolina born singer, songwriter and classically trained cellist include her single, “Due West” and her rendition of 10CC’s “I’m Not in Love” among other hauntingly beautiful tracks. After her one-take EP, Church back in 2016, there has been much anticipation for a full-length album and the wait was worth it. Blood is just as beautiful and enchanting as her previous works but at the same time completely different from anything I’ve listened to before. 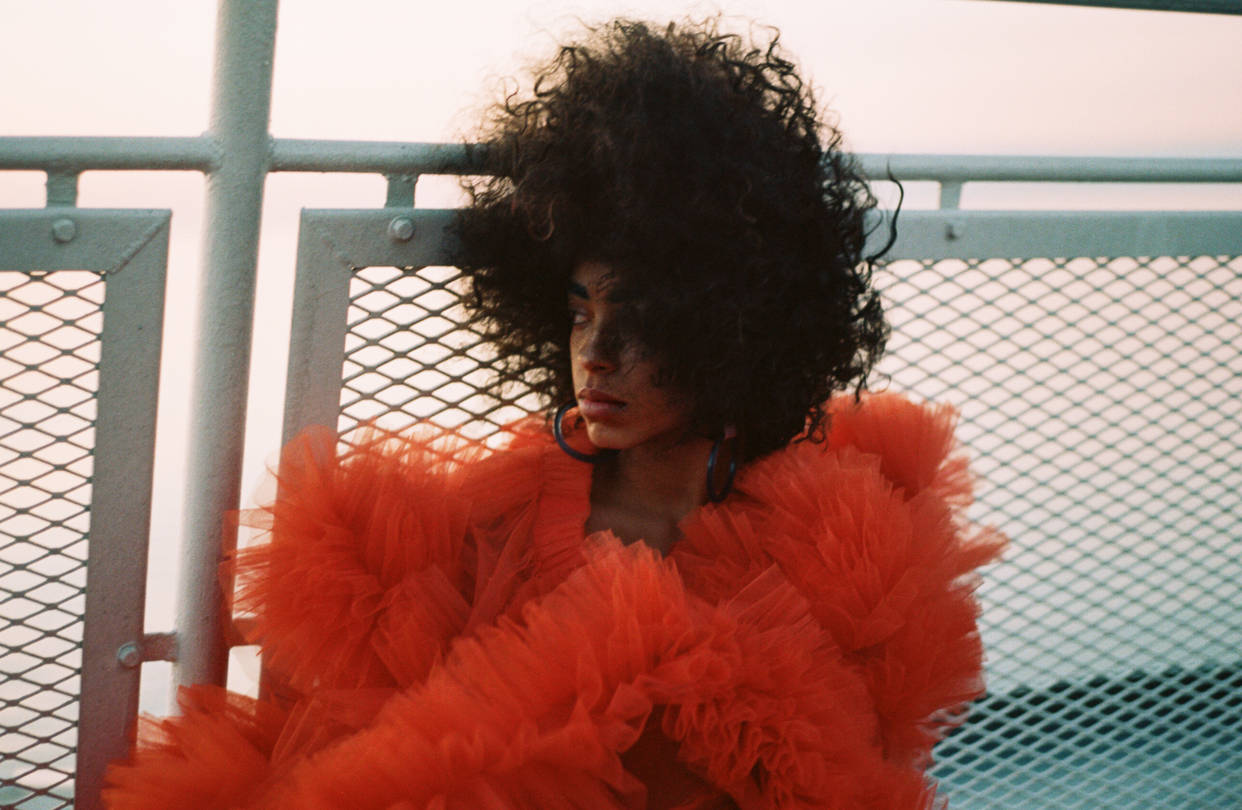 The opening track, “Rebel”, is an enchanting, almost eerie track. At times, it’s a little theatrical but that doesn’t take away from the effect – if anything, it adds to it. Lu’s voice is as rich as honey and entrancing as ever. The lyrics are also beautiful, “time hasn’t even changed,” repeats itself in the chorus which I feel is really relevant in this day and age. The rest of the lyrics tell a sort of story, which I won’t spoil because it would probably ruin the song (if that’s possible). The second song, “Pushing Against the Wind,” is also eerie but in a different way, almost as if Lu is trying to cast a spell on us. There’s something in the song that gives it fairy tale vibes but I can’t quite put my finger on it. It commands you to pay attention to Lu’s words even though it’s a slow, suspenseful song. The cello is more prominent in this song which adds to the eeriness.

“Due West,” which was released as a single prior to the album, is definitely a stand-out track on this album. I originally encountered it in a playlist and have been addicted to the song since. It’s soothing, calming nature demands you to repeat it over and over and it somehow never gets boring. Lu’s vocals are angelic and less foreboding than they were in the previous two songs. It’s about escaping to California, which some have speculated is a result of Lu’s escape from her parents back in North Carolina. I think the first time I listened to the song, before knowing who Kelsey Lu was I cried because of how beautiful it was. There’s also birdsong in the background which I find really cool. 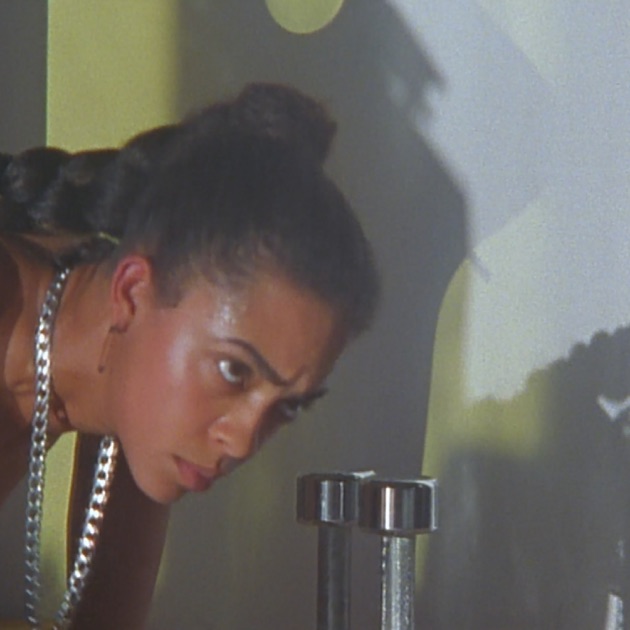 “Kindred I,” begins with choir-like vocals from Lu, a theme that has been recurrent in her songs since her Church EP. My only issue with the track is that it doesn’t last long and serves almost as an extension of “Due West,” rather than its own song. “Why Knock for You,” goes back to the haunting, entrancing vibes of the opening tracks. It’s a song that makes you feel like you’re in a forest, with the “sly fox” from the first verse which I really like. Next to “Due West,” it’s probably one of my favourite songs on this album. The last half of the song has something chillingly holy about it before the song fades into silence. The eerieness of the simple electronic melody along with the cello makes it so that I can’t stop thinking about the song long after it’s over.

Lu’s Pop influences are more evident in “Foreign Car”. In a way, it almost reminds me of Solange’s music (which makes sense, because Lu did collaborate with Solange) but at the same time, just like the rest of the album, it’s unlike anything I’ve ever listened to. Even with its evident pop influences, it’s still haunting and almost seems to build horror-movie-like tensions, especially with the chilling strings used in it. “Poor Fake” begins with what sounds like a string orchestra but becomes an upbeat Pop song with some psychedelic vibes (a result of Lu’s vocals). This is another standout track and probably a more ‘conventional’ pop track from her album but that doesn’t make it any less of a great song. The song unfolds like a mystery and has something theatrical about it, which makes sense because the song centres of Kelsey Lu exposing a “poor fake” guilty of artistic forgery. It’s a joint favourite of mine along with “Due West” and “Why Knock for You.” 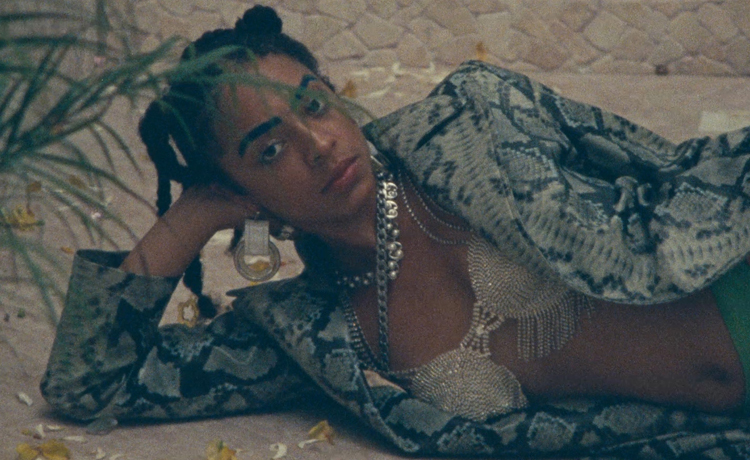 “Too much,” is far from too much. It’s beautiful and ethereal and with a duration of just over two minutes, it doesn’t last nearly as long as it should. It’s a much more simple song than some of the other tracks on the album but I think that’s just to prepare us for the next track, Kelsey Lu’s cover of “I’m Not in Love.” In my opinion, covers, regardless of how good they are, almost never capture the excellence of their original song but Lu’s rendition of “I’m Not in Love” is just as good of a song if not better than the original. Where 10CC’s “I’m Not In Love,” sounds almost like a generic love song (to me), Lu’s rendition makes it heavenly and almost bewitching. While it’s significantly longer than the rest of the songs on the album, it doesn’t get boring or repetitive after a while. This is also one of those songs that are better with headphones, especially halfway through the song when it feels like Lu is whispering “big boys don’t cry” into your ear. This is another song on the album with psychedelic elements, which were present in the original, but there’s something different about Lu’s version. It’s hard to put your finger on what exactly – is it her voice? Or perhaps it’s the cello or the interlude in between?

“Kindred II,” is shorter than it’s predecessor, with only one line in the entire song. Just like “Kindred I,” it doesn’t last long enough and I would love to hear more songs from Lu like this with bird-calls and a subtle cello in the background. “Atlantic” follows, the music as haunting as its lyrics. It opens with “someone’s walking over my grave,” yet despite the dark lyrics and eerie tone, it’s quite soothing at times but not quite as much as “Due West,” was. “Down2Ride,” might fool you into thinking it’s another Pop-heavy track but it’s almost an instrumental. It’s simple and haunting with a low, reverberating cello in the background. The one verse of the song is reflective of Lu’s versatility as a vocalist – one minute her voice is deep and rich while the next, it’s light and angelic.

“Blood,” another track that was released before the album, has the same healing vibes to it as “Due West,” but it’s much more subdued and soft. Lu’s vocals are particularly powerful in this song, especially with the beautiful cello in the chorus. The lyrics are considerably darker than the magical almost cinematic feel of the music and Lu’s voice, with lines such as : “bodies hidden in the floor.” It’s the perfect song to end her debut album on – memorable and enchanting.

Blood is an ethereal and enchanting debut. In a statement to Fader Magazine about her new album, Lu said: “Blood is a recognition of the Pain, the Horror and the Beauty of finding the ability to observe it all in order to move through it. We live to die another day and in the end, be hopeful of whatever there is to come or not come at all, and ultimately make love while doing it,” and I think that sums the album up perfectly. Blood is an album which demands to be experienced rather than listened to, preferably all in one go.

Blood is available to stream on Spotify and Apple Music.