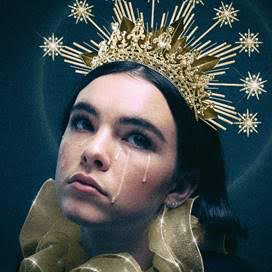 Benee (formerly “Bene”) is a rising Indie star who releases trendy hits filled with quick lyrics and catchy beats. Benee has released her latest song “Want Me Back”  which is part of her upcoming EP, out June 28.

The song opens with heavy pulsing, and Benee’s request to be told: “what you want.” Her voice sounds intentionally strained, like her feelings have been hurt and she’s attempting to retain strength and composure.

She sings about being in a relationship with a guarded person who won’t let themselves heal. She sings, “I feel like I’m searching/Without you got, I feel nothing.” The beat picks up and light trap elements are infused at the hook. She asks for the boy to “change your mind” instead of him “playin’ with” her heart.

The beat drops and the chorus picks up and she sings a request to be “what you want.” She says, “Tell me that I’m all that you need.” She sings light “yeah”’s in the background, punctuating the more frontal lyrics.

She admits that he’s playing with her heart, skillfully using her tone to sound slightly wounded. This acknowledgment of how she is being hurt pairs with an admittance of the fact she is so invested in him that she doesn’t care.

Have sumthin coming ur way ?

You can stream “Want Me Back” everywhere.