It is no doubt that the world has taken, and continues to take, magnificent strides toward making society as a whole more accepting toward the LGBT+ community, including the gradual integration and representation of LGBT+ relationships in the media. However, there is no doubt that the precedence of what constitutes as a “normal” romance in the media greatly favors heterosexuality, consequently banishing LGBT+ romances into a realm of “other.”

I should not have to inform anyone that movies and TV programs centering around a happy and healthy LGBT+ romance are scarce, and clearly the minority in a heteronormative world. Yet, we live in a world where LGBT+ individuals are considered “greedy” for desiring to see themselves depicted in the media– even though being able to have yourself represented as capable of love and happiness in the media is paramount to self-image in an abstractly digitized and technological world.

If asking for happy endings is still too greedy, there are hardly any LGBT+ characters on our screens to begin with. According to the Gay and Lesbian Alliance Against Defamation (GLAAD), “Of the 881 regular characters expected to appear on broadcast primetime scripted programming in the coming year, Four percent were identified as gay, lesbian, or bisexual.” Of those four percent, over 70% of regular or recurring LGBT+ characters on television are white. Considering the statistics, you could imagine why the LGBT+ community, especially people of color who comprise the LGBT+ community, are constantly disheartened at wasting very possible chances to see themselves represented in the media. This can be seen within the new show Riverdale, which is loosely based off the Archie Comics series from the 1940s. As the show gears up for a second season and increases its popularity, it becomes imperative to discuss the wrongful tactics used to draw in audiences.

In the trailer to the show, and the very first episode, a passionate looking kiss between the characters Betty and Veronica is showcased. Considering how it was even highlighted in the official trailer, many fans were hopeful for a romantic arc between the two characters. Unfortunately, the kiss was just yet another discouraging example of queerbating in the media. This is incredibly disappointing, especially since the comics held an infamous reputation for an incredibly suggestive relationship between Betty and Veronica.

Yet however disappointing it may be, it does not even come close to the inherently homophobic remarks by Lili Reinhart, the actress who plays Betty, when speaking on behalf of those in support of a relationship between the two iconic female characters.

“They’re soulmates in a friends way. Our show is not meant to be fan fiction. We give them a taste of it when they kiss, but that’s all it is. People love Beronica and they want to see them together, but that’s just not our show.” – Lili Reinhart

Although Lili likely did not mean to come off as homophobic with her statement, it was clear that, yet again, gay romances were reduced to “fan fiction” in the media. Reinhart’s comments seem to suggest that a relationship between two women is automatically fictitious and not equally as normal and functional as a heterosexual pairing. We may have come a long way in the inclusion of LGBT+ characters and relationships into the mainstream media, but comments like Reinhart’s prove there is an even longer way to go. It was only 1973 when homosexuality was no longer considered a mental disorder by the American Psychiatric Association with a 5,854 to 3,810 vote. It was only in 2015, two years ago, that LGBT+ marriages were considered lawful and legitimate nationwide. Thus, one can see why automatically shutting down an extremely probable LGBT+ pairing and stating that the mere thought of it was “fan fiction” is a staggering let down. If two woman having a romantic interest, after the creators of the show already shamelessly exploited the probability of said romantic interest, is just “not your show,” then I say the problem lays with that very fact.

The show itself is doing a brilliant job at reviving a classic staple piece of American culture. The directing is beautiful with the small-town diner aesthetics, and the plot is continuously riveting. It is for this reason that an otherwise great show leaves an even more crushing sense of disappointment, that flaws must be found in even the most promising of programs.

It is more than time to eliminate queerbaiting and the ridiculously manipulative exploitation of women-loving women relationships in the media. Lesbian fetishism has no place in a progressive society, and “representation/ acceptance” cannot be classified as a fleeting kiss used to draw in a queer audience.

“The Bold Type” is More than What it Seems

Why Did the Game of Thrones Characters Do This? 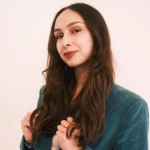 Currently a senior in high school with an avid interest in journalism regarding political and social issues.