The majority of teenagers grew up watching classic Disney shows like Lizzie McGuire, Hannah Montana and Even Stevens. These shows are all centered around white families and white characters, so it was particularly hard for people of color, like myself, to find a fair representation of our own culture and race on television.

However, there were some Disney shows and movies that did include Indians. Reflecting on these characters as a teenager opened my eyes, as I realize that most Indian characters are limited to stereotypes. Systematically labeling groups of people based on stereotypes creates false perceptions, which are dangerously engraved into the minds of children who watch these Disney programs.

Here’s a breakdown of some Indian Disney characters:

Baljeet Tjinder from Phineas and Ferb

Baljeet is a friend to the innovative brothers Phineas and Ferb and is limited to nothing more than a nerdy, math-loving geek. Baljeet is obsessed with his grades, trivia and science fiction. His concern for his grades is extremely over-exaggerated, which conforms to racial stereotypes. He puts up the “drapes of shame” in his room when he does not do well on a test — his worst nightmare is failing a math test. He even happily receives a calculator on Christmas.

Baljeet is just as smart as Phineas and Ferb, but the two white boys aren’t portrayed as nerdy as he is. Phineas and Ferb are often seen helping him with his problems, but Baljeet is rarely asked to help the brothers, even though he is equally capable. He is often bullied and mocked by Buford and never stands up for himself.

Ravi Ross from Jessie and Bunk’d

Ravi is one of the four children of the Ross family. He has been recently adopted from India, and alongside a seven-foot lizard, he brings with him every possible stereotype of an Indian person to America. He plays the sitar, wears Indian clothing and screams in Hindi when frustrated. Ravi’s character becomes a controversial choice when the only Indian character on the show had to be adopted. There is a large presence of Indians in New York City (where the show is set), and having Ravi be adopted from India was not necessary.

Like Baljeet, Ravi is a stereotypical, math-loving nerd. He also loves video games and is terrible at sports. At school, Ravi is often teased and is socially awkward, making his adopted brother, Luke, embarrassed of him.

Mohini, or “Mo,” is a more progressive representation of an Indian in comparison to previous characters. Mo does not have an accent, and she is Indian-American. Unlike Baljeet and Ravi, she is not a stereotypical math-loving nerd. Although she is intelligent, concerned about her future and taking AP classes, she is not limited to the single characteristic of being smart. She is also musically talented and plays classical music before joining the band, Lemonade Mouth.

However, Mo’s parents are more stereotypical. Her mother is portrayed as submissive to her husband, as she rarely speaks in the film. Her father on the other hand, plays a more significant role, as he wants her to be perfect and is extremely strict. He constantly controls what she wears, what she does and who she talks to. Later on in the movie, Mo stands up for herself, gaining more freedom and independence from her father.

What Disney needs to do next is normalize the presence of people of color in their programs, not use them as a method to enforce stereotypes. Although progress has been made over time, Disney still has a lot of room for improvement.

Why Netflix’s Neo Yokio is Painful to Enjoy 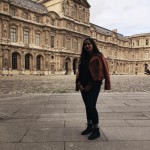