LGBTQ+ Characters In Media: Why Representation Is Important
Advertisement

Nowadays, with same-sex marriage getting legalized in more and more countries, you would think the same would happen with the representation these character get in the media, right? Wrong. LGBTQ+ characters and couples keep getting bashed, killed or treated poorly, either by being wrongly written or merely by getting little screen time. A few of these examples are very present when it comes to some of the most popular TV shows or books.

An example is Cassandra Clare’s series The Mortal Instruments, where she constantly sidelines LGBTQ+ characters, such as the bisexual Magnus Bane, Aline Penhallow and Helen Blackthorn. One of the main characters, Alec Lightwood, is characterized by his constant and awful biphobic behavior toward his boyfriend, Magnus, by using phrases such as, “Since apparently, your taste goes both ways. Is there anything you aren’t into?”

At the beginning of the series, Clary also mocks Alec for being in love with his parabatai, undermining his sexuality. Besides from that, Clare writes Alec as someone who exists to serve the straight people around him. We’ve never seen him stand up for himself until book six, when he says, “I’m not your bitch.” Alec is always seen as the weakest of the group and as whiny, childish and petty in his relationship.

As for Aline Penhallow and Helen Blackthorn’s relationship, we get almost zero scenes of them, and when we do see them in the books, they do not have a significant part in the plot. To go even further, Clare once had Aline kiss one of the shadowhunters, Jace Herondale, once again attempting to erase someone’s sexuality. And, of course, we couldn’t put aside the fact that Clare killed one of the few asexual characters in the media, Raphael Santiago.

Another example is one of the CW’s hit TV series, The 100, where LGBT character and commander Lexa was written with the full purpose of being killed. Lexa and Clarke’s relationship drove the views and rating of the show up high, and naturally, with the writer’s decision of taking that out of the picture and killing one of the fans favorite’s characters, the show’s reputation wasn’t helped at all. It is incredible to see a gay woman in power, for it is something that doesn’t happen very often, but was it necessary having a female LGBT character get killed for absolutely no reason? (Come on, The 100 writers, check yourselves, boos.)

Showtime’s Shameless started off fantastically with Ian and Mickey’s love story (also known as Gallavich). The couple has sort of a rocky start. Mickey and Ian have nothing but an on and off chain of physical attraction since the show’s first season. Mickey was first introduced on the show as a greasy thug who terrorized Ian, because Mandy (his sister) accused Ian of assaulting her, which leads to Mickey beating Ian down.

When Monica (Frank’s wife) comes back home after being estranged from her family, Ian feels overwhelmed and runs to find Mickey. After going in and out of juvie, Mickey finally gets out in the second episode of season three. As this happens, the couple begins to explore their relationship, sharing their first kiss in the fifth episode of this season and going on their first date on the next week.

In this same episode, we’re introduced to Svetlana — a Russian prostitute hired by Terry Milkovich after he caught Ian and Mickey in a sexual position — whose intention is to rape Mickey and make Ian watch, because he wasn’t comfortable with having his son dating a man. Later that season, Svetlana becomes pregnant with Mickey’s baby, and they’re obligated to get married. With the wedding happening, Ian joins the army for season four, and we don’t see him until the seventh episode of the season, when Mickey finds him in a gay bar, where he’s drugged. Mickey takes Ian home and watches over him.

In this season, we start to finally get to see these two as a couple, even if not on the best terms. In the fifth episode of season five, Mickey comes to realize Ian is mentally ill; he had shown symptoms of bipolar disorder throughout season four. Mickey gets all worried and tries to help Ian with it, but Ian’s only response was to run away from his problems and to take Yevgeny (Mickey’s son) with him. After going through a manic episode, Ian finally goes to the hospital, where Mickey stays with him for a while.

During season six, the writers seemed to entirely forget about their relationship (due to Mickey being in jail), and the couple reunites on the last two episodes of the seventh season. Mickey spends the night with Ian (who was in another relationship at the moment), and the next day, when Mickey asks Ian to go to Mexico with him, he says no, and the couple breaks up. Naturally, the fans got heartbroken and hurt, considering they waited for a whole season for the couple to get back together.

Of course, the past examples were not simple mistakes, and of course, history keeps repeating itself. Besides having little screen time, Supergirl’s power couple Sanvers was happily engaged for season two, finally, which made fans very happy but, yet again, the writers had to wreck everything by making the relationship come to an end.

The couple started dating at the beginning of the show’s second season. As Alex’s feelings for Maggie began to develop, Alex decided to come out to her sister, Kara — Supergirl herself— and the action was taken in a supporting and loving way. Their relationship eventually developed throughout the second season, and finally, Maggie proposed to her girlfriend. The proposal got the whole fandom excited to see the upcoming wedding as well as the forthcoming stages of the relationship. They got nothing but disappointment when the couple broke off the engagement.

Due to Floriana Lima’s departure from the show, the writers had to find a way to make the right decision. Instead of creating a background relationship or merely an off-screen relationship, which would be entirely reasonable (considering that Floriana’s contract had come to an end), they decided to split the couple up, and once again, let the fans down.

LGBTQ+ people deserve characters like Commander Lexa, Alec Lightwood, Alex Danvers and Raphael Santiago to be in the media, but we deserve for them to be treated in an equal way to all straight characters. We deserve characters that represent us and whom we can look up to, but we deserve justice, as well. We need good representation, so we don’t feel like we don’t matter (even less than we already do in our daily lives). We’re done being seen as inferior just because of who we love. Characters like those, they deserve their happy endings, and they deserve to be written properly.

In this article:#fandom, #LGBTQ, #the100, #themortalinstruments, #tvshows, books, Shameless, supergirl
Up Next:

‘The Walking Dead’ Plot Twist That No One Saw Coming

Why It’s Important To Save Shows Like ‘Brooklyn Nine-Nine’ 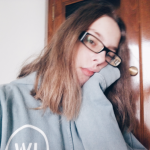