Marina Diamandis is Back - in Eight Days
Advertisement

Marina Diamandis, formerly known as Marina and the Diamonds is finally returning to music. According to the singer-songwriter’s Instagram and Twitter, she will be returning in eight days. After three years away from her music career and a change of names, she plans to return to the music industry mononymously as Marina. 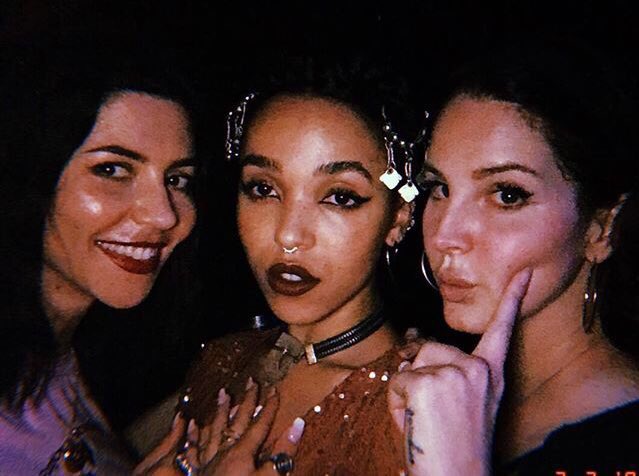 In 2016, Marina told her fans, known as ‘The Diamonds,’ that following FROOT, the album she released that year and the subsequent Neon Nature Tour, she would be taking a hiatus. She said that the hiatus was something she “need[ed] to do creatively,” and reassured fans this wouldn’t be the last of her and that she would return after a “short while.” With the exception of her collaboration with Clean Bandit on ‘Disconnect‘, Marina has stepped out of the spotlight for nearly three years but the “short while” seems to be coming to an end in a week’s time.

According to DAZED, Marina is making her long-awaited return with some of her most “cinematic, complex music to date.” In light of these words, the eight-day wait seems almost unbearable because it’s been so long since Marina’s last album. To add to this, Marina also lost the second half of her previous stage name, going now by only ‘Marina.’ This could mean that a more personal and intimate album is on the way rather than the way in which her previous albums centred on personas such as ‘Electra Heart.’ To Marina, this new era to her is the result of her taking “well over a year to figure out that a lot of [her] identity was tied up in who [she] was as an artist.”

During her time away from music, Marina settled back into the ‘normal’ life, practising yoga and spending time with her friends, including Lana Del Rey herself. As well as this, she’s been producing a “contemporary pop record” back in the studio with “the most talked about writers and producers of the past decade.” Without the cover of her previous personas, Marina hopes to lead a more “free” existence as a singer-songwriter and as a person.

The original tweet with an absolutely stunning picture of the ‘new’ Marina was captioned “eight days” which seemed cryptic until mere hours later in which Marina retweeted a response from a fellow Diamond asking her whether this meant she would be releasing new music in eight days. The retweet acts as a confirmation, that yes, Marina finally is back and better than ever.

In this article:Marina and the Diamonds, Marina Diamandis
Up Next:

Is XXXTentacion The Legend Everyone Makes Him To Be?