Mattel, a toy company famously known for their production of Barbie dolls and her longtime boyfriend Ken dolls, is once again showing a progressive action towards diversity and body positivity. After releasing a diverse line of Barbie dolls last year, Barbie’s boyfriend Ken finally got a makeover with the release of a new diverse line of Ken dolls.

“By continuing to expand our product line, we are redefining what a Barbie or Ken doll looks like to this generation,” said Lisa McKnight, Senior Vice President and General Manager, Barbie in a statement.

Knight continued on to say that making a line of diverse Ken dolls would allow girls (and boys) who play the dolls to further personalize the role they want him to play in Barbie’s world.

This isn’t the first time Ken got a makeover. Over the year, ever since the original Ken doll released in 1961, Mattel has made several changes in the variety of Ken. Who could forget the iconic Earring Magic Ken released on 1993? Still, the new diverse line of Ken doll is the most diverse line of Ken doll ever, because of added skin color and body size—though the first black Ken doll was released on 1968 and introduced as Brad, Barbie’s friend’s boyfriend.

Although there aren’t any bearded Kens, bald Kens or tattooed Kens yet, that doesn’t mean there won’t be more Kens to come. “We want to do beards,” said Robert Best, senior director of Barbie Design in a statement. “Facial hair is definitely a thing. There’s going to be changes that we keep pushing, but you have to launch with something. It’s progress, not perfection.”

What the Sunrise Taught Me: A Reflection on Gaining Control 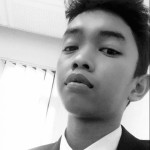