Meet the Vilains Mob: the 'It Boys' Who are Taking Over the Artistic World
Advertisement

Although, the Vilains Mobs, is a little bit more than a group of friend. I could say that’s it is also a state of mind, and, since 2017, a fashion brand. Indeed, feeling misrepresented and misunderstood, it was last year that Sad and Quesabe, two cousins aged of 19 and 21 years old decided to register their fashion brand, “Vilains”, which allows them to share their futuristic vision of the fashion industry with other fashion lovers. However, Sad and Quesabe are not the only members of the Vilains Mobs who managed to enter the very small centre of the fashion industry. Whether in the studio or on the podiums, the Vilains Mobs are taking over the fashion world.

Signed with Wilhelmina Models, one of the biggest modeling  agency – which launched Kendall Jenner’s career – Emmanuel Yebe, a 19 year old model walks for the most prestigious fashion houses and lends his face to the most trendy brands such as Acne Studio or even Off White. However, despite his young age and fulfilling career, Emmanuel sets his sights high. Indeed, after having surveyed L’Oréal’s catwalk during Paris fashion week alongside, Doutzen, Eva Longoria or even Winnie Harlow, Emmanuel now aims at making a name in the cinema and music industry. Young but very conscious about his potential, Emmanuels wants to encourage other young people to realize their dream. Inspired by Will Smith, Jimmy Hendrix and Danny Glover, you will sure hear about him soon enough.

Captaine Roshi in one of his latest video ‘Fou’

A footstep in the music world, the other in the fashion industry, Captain Roshi aka the Serpent de Pigalle is a key element of the Vilains Mob. Aged of 22 years old, the young artist looks set to be the future of trap music. Fallen into the music world at only 15 years old by attending the gospel chore of his local church, the rapper now collects thousands and thousands of views on Youtube. “Always play for big goals”: this could indeed be the Vilains Mob’s slogan. As his friends, Captaine Roshi is inspired by the greatest. By the end of the year, Captaine Roshi aims at acquiring more than a million of views on youtube. However, young and talented, Roshi has no intention to stop there. His biggest dream ? Fulfilling the Stade de France, an iconic stadium located near Paris, in which legendary artists such as Beyoncé, the One Direction or even Paul McCartney have performed. Young, creative and well helped by his childhood friends, Captaine Roshi has everything to make a name in the music industry.

These promising careers are the reasons that pushed Cozzy, a young contractor of 21 years old to create his very own label partly dedicated to the management of the Vilain Mob’s careers. Through this production company, Cozzy aims at gathering and promoting young talents in various sectors: fashion, music, cinema… In order to help gather all these talents, Cozzy is able to lean on Dolos. Aged of 23 years old, Dolos is the elder of the Vilains Mob: if he puts his experience at the service of his crew by bringing ideas concerning the, Dolos also aims at discovering and giving chances to new talents by organising, for example public parties for the purpose of promoting and bringing to light young and independent creatives. His last big party, which occured on the 15th gathered dozens of talents near Paris. However, not all members of the Vilains Mobs have decided to join the artistic world. Indeed, Jordan, a 21 year old law student is pursuing his studies in one of the most prestigious university of the country. Between his crew and his studies, Jordan yet manages to bring ideas in order to build the group.

What particularly compelled my admiration for the Vilains Mob is the contrast between their young age and their determination to make their dreams come true. They in fact embody a model of success: the Vilains Mob managed to gather themselves in order to share their passion and to impose their own vision in the close world that is the artistic world. They are the proof that we, young people can succeed together by spreading love, positivity and most importantly by supporting and reaching out to the others. Today, thanks to their determination, their dreams and their solid friendship, the Vilains Mob are, by realizing their goals, paving the way for a whole generation thirsting for success.

Why BTS Deserved a Music Nomination for the 2019 Grammys

“A Brief Inquiry Into Online Relationships”: A Track-by-Track Review of the 1975’s Newest Album 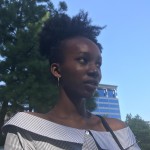