The dog days of summer bring sweltering heat and little to do. What better way to escape the sun for a bit than to step into the cool dark of the movie theater? Check out these four new indie films, ranging from an examination of racial tensions in the workplace to a festival-favorite portrayal of eighth-grade adolescence.

“Sorry to Bother You”

Lakeith Stanfield stars as Cassius “Cash” Green, a telemarketer down on his luck. Irritated by customers’ refusals to listen to him, Cash is desperate and despondent — that is, until he discovers his “white voice” (David Cross). In keeping with that age-old adage — anything is possible when you sound white on the phone! — Cash soon finds success and happiness with girlfriend Detroit (Tessa Thompson) and her white-voiced counterpart. But a racist executive (played to perfection by Armie Hammer) and some tough competition threaten to ruin it all. This smart satire and its star-studded cast (Terry Crews, Omari Hardwick and Patton Oswalt, to name a few) is sure to spark some conversation.

Sorry to Bother You is directed by Boots Riley and is set to release July 6 from Annapurna Pictures.

Bo Burnham’s directorial debut has already generated much buzz from its premiere at Sundance Film Festival. Starring newcomer Elsie Fisher in the role of Kayla, the film responds to the “how does social media affect us?” question with an answer rooted in the teenage female experience.

Kayla creates YouTube videos, lurks on Instagram and blocks out her father by way of earbuds all in vain attempt to boost her eighth-grade social status before she enters high school. Viewers will surely recognize the situations — the all-too-familiar pool parties and popular crowds. But most of all, they will see themselves in Kayla’s aching, awkward adolescence itself.

Eight Grade is directed by Bo Burnham and is set to release July 13 from A24.

Daveed Diggs and Rafael Casal served as the co-writers of Blindspotting, and they are also its stars. With Diggs as Colin and Casal as Miles, the film follows the pair, while they navigate Oakland, California’s heavily-gentrified housing market.

Blindspotting is classified as a comedy-drama, and it effortlessly moves between the two. One moment, we’re treated to humorous banter between the duo; the next, we watch Colin’s horror as a white police officer shoots a black civilian. The film’s strength lies in its reality — the screenplay, tackling everything from family to police brutality to gentrification, is rooted in Diggs’ and Casal’s experiences growing up in Oakland.

Blindspotting is directed by Carlos Lopez Estrada and is set to release July 24 from Summit Entertainment/Codeblack Films.

Timothee Chalamet, the indie darling of the Call Me By Your Name and Lady Bird fame, returns for another A24 release. Hot Summer Nights follows Chalamet as Daniel Middleton, sent away to the New England coast for the summer. A chance encounter with a Hunter Strawberry (Alex Roe) leads Daniel into his first experience with marijuana; the newfound friendship quickly blossoms into a thriving dealing business. As the cash piles up, Daniel finds himself infatuated with the beautiful McKayla (Maika Monroe). The only catch? She’s Hunter’s sister. Hot Summer Nights — with its pulsating energy and polished cast — feels just as electric as the summer fling it portrays.

Hot Summer Nights is directed by Elijah Bynum and is set to release July 27 from A24.

Each movie is slated for release during the months of July and August, so get ready for a busy next couple of months!

Is the Divide Between Film Critics and Audiences Real?

Opinion: Why I Won’t be Watching Billionaire Boys Club 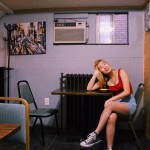 Julianna hails from the wonderful city of Pittsburgh, Pennsylvania, where she is currently a high school student. When not struggling with math homework or the demands of being a 21st-century teenager, she enjoys pursuing her passions of writing poetry, essays, and bios of herself written in the third person.