In the horror genre, what makes a scary movie ultimately frightening is the out-of-nowhere jump scares. It goes without saying and they’ve become the cherry on the top to most horror. However, the overuse of this technique has seen it become a cliche within horror films, and is more expected than unpredictable.

The jump scare technique dates back to late 70s where Brian De Palma pioneered the technique in Carrie, adapted from the novel by Stephen King. Prior to that, it was rare for the jump scare to appear in horror, but after the success of Carrie, it became popularized in the medium and led to what makes horror films today. A jump scare can make or break a film totally dependent on if it’s timed and executed properly, however, critics note that it is a lazy method to get the audience to jump out of their seats. It’s understandable why it works all the time; the main appeal certainly boils down to how unexpected they are, but the execution of these once shocking jump scares has become somewhat formulaic: soundtrack is silenced, an eerie vibe fills the atmosphere, off-putting suspense, then here comes the jump scare.

One film I’d say that takes on horror in a refreshing way would have to be Hereditary (2018). Without giving too much away, the film takes a refreshing approach into psychological horror, which makes it all the more disturbing and uncomfortable for those who have watched.

Another would have to be the SAW  franchise with its run from 2004 to 2010, including Jigsaw (2017). If you’ve ever laid eyes upon the franchise, you’d know how immensely gruesome it is, with the very concept being entirely terrifying; a set of barbaric contraptions and tests, that if not handled correctly will lead to your inevitable death. Based on its history, calling it “barbaric” would be much of an understatement. Although it was the same with every film in the franchise, its different approach to horror seemed to capture the audience’s imagination once again. So it worked and had stuck. Honorable mentions of psychological horror would be Get Out (2017), American Psycho (2000), Orphan (2009), Hide and Seek (2005) and Split (2017). The list goes on.

I’m not saying that they should stop and ditch jump scares in their entirety. There’s never an objective taste that suits all; it all depends on the movie-goers and what works for them. If screenwriters and directors decide to use them, power to them, but trying a different MO would be refreshing whilst bringing new elements to the table. Maybe there isn’t any way to branch away from the current state in horror, but time will tell and hopefully we’ll get introduced to something unexpected.

What Makes Lara Jean So Relatable? 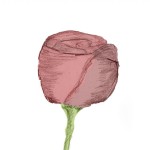