Neon Trees Return with Hit 'Used To Like'
Advertisement 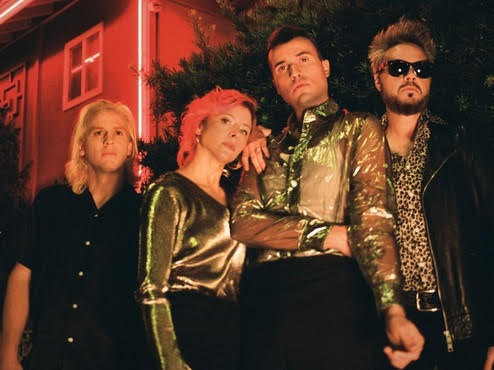 Neon Trees is one of the it alternative pop-rock bands of the early 2010s, with their smash hit “Everybody Talks,” that reached double-platinum status and raked in over 500 million streams.

The band went on a hiatus in 2018 after multiple successful singles and albums. During that time off, the group worked on individual projects, and lead vocalist Tyler Glenn made his Broadway debut in “Kinky Boots.” The group has reformed, now introducing the world to their song “Used To Like.”

“Used To Like” opens with bright electronic beats building up to the first verse: “If only you were lonely/Maybe I was holy/We could be together/Bending over backwards/You become an actor/Be my thrill forever.”

An uptempo percussion beat is added on top of the guitar and electronic background as they key slightly shifts: “You once told me I was all you had I guess I know life and it doesn’t work like that.”

The chorus kicks off suddenly and intensely: “Oh, honey, now you’re sayin’ I’m acting crazy/And I don’t see what you see/Get back to what you used to like about me…” Tyler sings about feeling isolated mentally in a relationship, as an ex-partner pushes him to feel like everything they had was useless and one-sided.

Tyler sings about wishing to return to the best parts of their relationship–which is possibly inspired by the band’s break. Tyler came out as a gay man while the rest of the group was Mormon. Tyler sang and discussed his experience being rejected from the Mormon Church, explaining that this was cause for concern for him when the group was reforming. This chorus is easily about a romantic partner but it may also hint at musical ones as well.

Tyler then croons about wishing to return to what he once had, in a slight state of denial. As the verse ends, they begin to sing about neglected dreams of a future together: “If only you were lonely/Maybe you would show me/We could be together/Playing make-believe lies/You could never play nice/Be my thrill forever. I once told you you were all I had/I guess I know life and it doesn’t work like that.”

The echoing vocal audios that were incorporated throughout the song reached their fruition at this point, as the chorus repeated itself back on important lines. This emphasizes the point of the song, a fading relationship that no longer serves its purpose, despite best efforts and past desires.

Tyler shares, “For me getting over someone can be a long, arduous, and never-ending process. I can fill my days and nights with distractions, self-medication, glamour and other friends, but it’s as if I still feel the presence of that person everywhere I go. With phones, it’s even harder. They’re always a text or an Instagram like away. We wanted to capture that feeling in this video. Is it all a dream? Is it one blurry night or several? Does it even matter, if the one person you want to share it with isn’t around anymore?”

“Used To Like” is a song about moving on, even when you don’t want to. It’s a self-aware breakup song with a bitter but slightly amused outlook on life. “Used To Like” is Neon Trees smashing return to music, all about broken hearts and broken promises.

Stream “Used To Like” everywhere, including their newly released acoustic version!