The slasher genre is notorious for tired plotlines, mediocre acting and, of course, lots of gore. Reminiscent of the 80s and 90s, slasher flicks have waxed and waned in their popularity over the years, with some finding homes as classics of the horror genre. With the release of the Fear Street trilogy, Netflix is challenging the preconceptions of the slasher drama, providing not only an interesting story and compelling characters but lots of gore too. Fear Street doesn’t sacrifice quality to fit the slasher mold.

Loosely based on R.L. Stein’s 1989 horror fiction series of the same name, the Fear Street trilogy was directed by Leigh Janiak, who also had a hand in writing the storylines of all three films. Fear Street operates as 3 movies with connected storylines, the first beginning in 1994, the second in 1978 and the third in 1664. All three are set in the fictional towns of Shadyside and Sunnyvale, the former of which has been plagued by a witch’s curse for centuries, causing it to be dubbed “Killer Capital USA” by locals. Sunnyvale, likewise, has been deemed one of the safest cities in contrast to Shadyside.

The first of the trilogy, Part One: 1994, was released by Netflix on July 2, 2021, and stars Kiana Madeira, Olivia Scott Welch, Benjamin Flores Jr., Julia Rehwald and Fred Hechinger. Part Two: 1978 stars Sadie Sink, Emily Rudd and Ryan Simpkins and was released on July 8, 2021. The final installment of the trilogy, Part Three: 1666, stars Kiana Madeira and Olivia Scott Welch, while also featuring actors from the first two parts of the trilogy. Notably, many young and teen actors were cast to play the dominant roles in Fear Street, recognizing the roots of the genre.

So what exactly marks Fear Street as a reinvention of the slasher genre? The wholly unconventional trilogy boasts an impressively written script and story that defies films of the genre that preceded it, suggesting a change in style for the slasher genre as a whole.

The following contains light spoilers from the Fear Street trilogy.

Part of the marketing of Fear Street included the novelty release schedule it followed. All three films were released within a week of each other, offering fans an opportunity to create buzz between movies. The immediacy of the trilogy’s release created a unique set of cliffhangers, similar to what fans would experience with a TV show that airs weekly. Fear Street had the luxury of fitting a concise, unique storyline into each of the three movies, while simultaneously dropping hints that would be used to complete the entire story. For example, lines said in the first movie by multiple characters, including the trilogy’s twist villain, Sheriff Goode, returned in the third movie in the 1600s setting.

Fear Street operates under the assumption that viewers will be binging the movies, or at least watching them in close enough succession that callbacks will remain relevant. Whereas trilogies that are released theatrically have years in between each movie, Fear Street uses its platform to its advantage and asks viewers to binge-watch the films because of their accessibility. The episodic release model works surprisingly well for the story-heavy films and leaves viewers craving more after each installment. 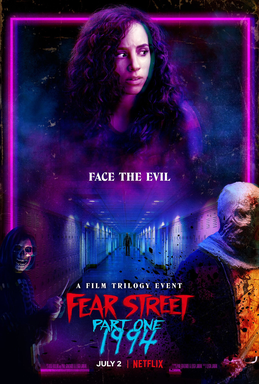 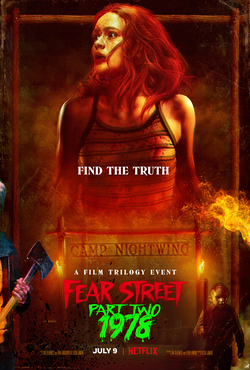 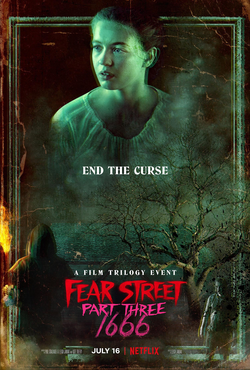 A Different Kind of Slasher Flick

One of the creative liberties Fear Street takes as an adaptation of the novel series is including depicting a lesbian relationship at the crux of the series. Maderia’s Deena and Welch’s Sam are ex-girlfriends brought together by the threat of death to a skull-masked murderer, and the rest of the trilogy follows their relationship as it heals. Deena’s character is motivated by her desire to save Sam from the witch’s curse, and her undying love is one of the central forces driving Fear Street to its finale.

Despite the fact that Sam spends all of the second movie and most of the third possessed by a demonic spirit, Deena’s determination never falters. In line with this, the third movie reveals the reason for Deena’s love for Sam: Sarah Fier (Deena’s 1600s counterpart and the Witch) was in love with Hannah Miller (Sam’s 1600s counterpart), and punished for it. Deena and Sam’s relationship in the present is then used as a vessel to explore Sarah and Hannah’s relationship from 1666 and right the trauma that was weaponized against the original lovers.

At the conclusion of the third film when Deena reverses the curse, she delivers the justice that Sarah and Hannah never received in their lifetimes. Fear Street is a slasher series, of course, but it also has a strong love story at its core and wouldn’t be the same story without it. Fear Street transcends the genre because of this choice, as viewers can connect to Deena’s quest to save her girlfriend, giving the story more emotional weight than a typical slasher flick would have.

Fear Street is an unconventional take on its genre. From having a long-form narrative that spans three films and time periods, to housing a love story at its core, these films blur genres and provide more than gory entertainment. Fear Street delves into social commentary with the lives of those living in Shadyside and Sunnyvale, with characters who push the norms of their life in Shadyside to strive for better ones. Its mystery and villain dive much further than initially expected, making Fear Street less of a campy trilogy and more of a suspense-filled experience that hooks the viewer instantly. Fear Street has a lot more to offer its audience than gore and creative killers, making it one of the most unique and exciting films of 2021.

What constitutes a perfect Southern summer day? Depending on where you’re from, your answers may vary, but when…
byMary Dodys
31 shares
31
0
0