This past year was rough. However, personal growth is the best kind of development, and I wish to share some of mine.

I believe I should go over what I’ve learned

Not when 221 unarmed black peoples bodies were splattered, scattered and battered

by our law enforcement

It is as if all the crips converted into bloods, because so much blue has the streets red in blood

Rather held in captivity, locked up in the institution of slavery oops I mean jail*

It appears all black men are going to hell

I’ve learned that there is only one mother earth

And what she birthed caused great self destruction

And not consensual like the world of the second treatise

No means yes, and if no response, men guess

Maybe they guessed a woman liked their temple being invaded

At least those men aren’t running the country

Through it all I’ve learned more about myself than before

I’ve learned to be kind to others and spread love

And to that I am forever blessed

Onward to this year

In this article:New Year
Up Next:

The Back of the Lioness 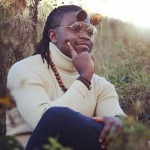 I a young poet striving to unite the red, white, blue and black, brown, and white.