At a young age, seeing yourself represented is crucial in order to accept your identity. The constant repetition of “boy meets girl” is not only boring but harmful. Being told there’s nothing wrong with being gay or trans* doesn’t do nearly as much as being shown it. And if there are only one or two LGBT storylines, the LGBT kids who can’t relate to those end up with a horrible disconnect, i.e., it’s taken me years to realize I can be gay without also being white. Now that I have realized that, I’m constantly ravenous for any drop of representation. Obviously, this list is non-definitive, but it’s a start. (Plus it’s pretty intersectional.) The following novels are a few tried and true rocks in the rushing river that is cis/heteronormative media.

The Porcupine of Truth, by Bill Konigsberg

Konigsberg’s writing is witty and funny, and his plot is intricate and satisfying. While I could do without the friend-zoned straight guy narrator, his co-star Aisha, a brilliant Black lesbian, more than makes up for him. Aisha has been kicked out of her home and Carson is struggling after being plunked down in Montana to live with his dying alcoholic father. The obvious solution to their problems? A road trip, of course.

Aristotle and Dante Discover the Secrets of the Universe, by Benjamin Alire Sáenz

This novel is notable not only for its exquisite storytelling and characterization but also for the fact that the main characters are two Mexican-American boys in love because unfortunately, brown boys being tender, introspective, brilliant and basically fully-fledged characters is rare in any form of media. Sáenz’s powerful and quiet coming-of-age story should be a must-read.

This only gets really gay in the sequel, Shadow Scales, but you have to read the first one to understand what’s happening. It’s worth it for the story. The worldbuilding is exquisite. The titular character, Seraphina Dombegh, is a flutist and composer in a semi-medieval world, in which dragons and humans hold a tentative alliance. The politics, characters, and setting of Seraphina are so well done. It’s the kind of book I always wish I was reading.

When the Moon Was Ours, by Anna-Marie McLemore

This book is one of my all time favorites because I’m a sucker for magical realism. McLemore’s lush prose weaves a small town in which outsiders Samir and Miel are the best of friends–and maybe more than that. The two of them have been attached at the hip since Miel first spilled out of a water tower, roses growing from her wrists, terrified of pumpkins since Sam started hanging replicas of the moon outside her window. Besides the magical aspects of the plot, Sam’s identity as a transgender boy is portrayed better than in pretty much any other media I’ve ever seen. Plus, an interracial relationship is rare enough when one member is white; Sam and Miel are Pakistani and Latina, respectively.

Ask the Passengers, by A.S. King

Ask the Passengers is perfect for high schoolers questioning their sexual identity. Astrid feels smothered by her plastic, pushy mother, her judgmental conservative town and her friends’ secrets. To top it all off, she’s falling in love with a girl. Philosophy heavy, with A.S. King’s signature heartbreaking surrealist twist on teenage pains.

The Abyss Surrounds Us, by Emily Strutskie

My one qualm with this is that the narrator’s voice falls a little flat at times. Mostly, though, you can’t lose. Cassandra Leung, a young Asian-American woman and trainer of genetically engineered sea monsters, gets kidnapped by a pirate queen. She doesn’t have to walk the plank, but she does have to train a baby sea monster into a killing machine. The Abyss Surrounds Us is a breath of fresh air–speculative fiction with lesbian relationships is really hard to find. Gay fiction that doesn’t focus entirely on sexual identity crises/coming out is also hard to find.

After Gabe comes out as a trans boy, his parents think he’s lost his mind. His refuge from the turmoil of personal life is the radio show he hosts–Beautiful Music for Ugly Children. Everything from music to being hopelessly in love with your best friend to confronting prejudice–this book is a beautiful and compelling read.

Tell Me Again How a Crush Should Feel, by Sara Farizan

Leila, Iranian-American and closeted lesbian, has enough to worry about staying afloat in her snobby white private school. The sudden arrival of a gorgeous new student? The last thing she needs. Farizan weaves wit and plenty of dry humor into Leila’s voice as she navigates her increasingly complicated relationships, and the plot twists are perfect.

Six of Crows, by Leigh Bardugo

Not many authors can get away with balancing six different points of view. Bardugo pulls it off spectacularly–all of her protagonists are intricate and lovable antiheroes. Inej, Jesper, Kaz, Nina, Matthias, and Wylan, all self-sufficient street kids from Ketterdam, must put aside their differences and histories in order to pull off the biggest heist their city has ever seen. Bardugo’s worldbuilding is spectacular. Six of Crows is a sprawling fantasy in which readers will be able to relate to at least one character. Tolkien, take notes. Side note: this is my favorite book in the entire YA genre.

In this article:book recs, lgbt, lgbt youth, recommendations, young adult
Up Next:

A Little Review For a Big Book: ‘A Little Life’ by Hanya Yanagihara

Why School Required Reading is Important 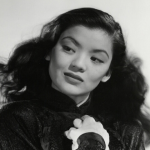 A Blast From the Past: A Review of ‘The Mandalorian’ Season Two Episode Four

Stormtroopers, Mandalorians and Yet Another Quest: A Review of ‘The Mandalorian’ Season Two, Episode Three