In the past couple seasons of NBC’s Saturday Night Live, the roles written for female cast members and hosts have been seriously lacking in meaningful content. The writing staff this season is comprised of about 34 writers, 29 of whom are men, and only six of the 16 cast members (including featured players) are female.

I’ll start by saying that I have not seen every episode this season (or the past few seasons) all the way through. I have done my best to watch clips from each episode though and have especially enjoyed the political sketches (like much of SNL’s audience). However, I have generally been disappointed with many of the non-political sketches from each episode. I used to watch the full episode each week, but now doing so sadly feels like a waste of time.

I was especially disappointed with the writing in the episode Saoirse Ronan was in. She had just played this wonderful, strong-willed — albeit a bit self-involved — teenage girl in Greta Gerwig’s Lady Bird, but they didn’t write any interesting roles for her to play on SNL. Saoirse has shown that she is an extremely capable actor, having been in several popular movies already at the young age of 23. She does a very convincing American accent (she’s Irish), has played a teenage assassin and is soon to be seen as Mary Queen of Scots in the movie of the same name coming to theaters in November.

SNL didn’t seem to appreciate or care about her talent, however. They saw her as a cute, young, Irish woman, and thus gave her cute, small, Irish characters to play. The sketches she acted in all featured an annoying male character as the lead, and she played a prop or side character who only had a couple of lines. In one of the sketches, “Return Counter,” she played an annoying girlfriend who emasculated her boyfriend by buying him tampons, because she was mad at him for not protecting her from a drunk guy’s vomit.

SNL too often writes female characters who fall into harmful tropes and stereotypes. It seems that the writers struggle to find the right balance between writing powerful, actually funny female characters and characters that degrade and satirize womankind for their perceived, stereotypical flaws.

There was one great sketch that Saoirse was in called, “Welcome to Hell.” It’s a song performed by the women in the cast, singing their reactions to the supposedly “new” drama of all the sexual harassment claims swirling around the news. The women list all of the things that have been ruined for them by men and society, although none of it is new. It’s a wonderful feminist song and it is obvious the women in the show were in charge of creating it, as it isn’t tainted by any little sexist comments or stereotypes that men would write. Here’s the video:

I highly suggest watching this sketch (which is more of a music video), if you watch nothing else of SNL’s from recent months. There are a few gem sketches scattered throughout recent seasons, but they are few and far between.

It seems that whenever a woman hosts SNL, the writers find the type of character they’re known for and write them sketches that fall under every related trope, stereotype and prejudice they can think of. They sexualize the extra pretty ones like Margot Robbie, Scarlett Johansson and Gal Gadot, while playing to the exotic-ness of “weird” names and extra Irish-ness in actors like Saoirse Ronan, satirizing powerful female lead characters like the ones Jessica Chastain plays.

Why does SNL struggle so much to create strong, powerful female characters who don’t fall into harmful stereotypes? Strong women can also be funny. Male writers can surely find smart ways to comment on our current political climate and society without diminishing women, all the while remaining funny. SNL’s writers need to try harder. 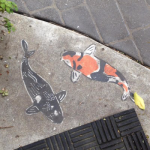 Zoe is majoring in English at a college in Oregon, with a minor in Music. She plays the drums, loves reading and drawing, and is excited to study abroad in London this spring. She is very tall, very gay, and very enthusiastic about theater. She loves connecting with other people and geeking out about common interests.