Oscar Perez Is the Artist To Watch
Advertisement

We all can learn a thing or two from art. For some, the word “art” simply conjures up an image of some abstract painting surely worth millions hanging on a pristine white wall. For others, art is synonymous with life itself. Art is not confined to one medium or even one definition, but any artist could give you a million.

I’ve had the pleasure of interviewing Oscar Perez, a dynamic artist whose work has already received an appreciative, local audience. He currently attends the University of Texas at Austin and majors in film. Having started out with documentaries and short films, he has greatly expanded his breadth of artistic abilities by releasing his first book Wherever You Are, I Miss You in October 2016 and recently launching Bouquet, a clothing line inspired by his book.

As an artist, I think it’s my job to channel my experiences and make something that expands on the human condition and what being alive feels like. We make art for ourselves and for others. It’s like two way therapy.

Every artist has their inspirations – “that one album, book, or movie that has helped you through something,” as Oscar put it. In his interview, he cited musical artists Frank Ocean and Alex Turner as his role models. “Growing up,” he explained,  “it was common sense among my peers that boys weren’t allowed to feel. I could never hold in my emotions though. I cried when I felt like it and I smiled when I wanted to. These men showed me that masculinity and self worth isn’t defined by some arbitrary and toxic notion of how a man should act. These men proudly feel and express themselves and so do I.”

I asked Oscar how his background as a person of color has impacted his art:

“I’m Mexican-American. My dad and grandparents are immigrants and my mom is U.S. born. I got a good balance of both Mexican and American culture growing up. I’ve traveled to Mexico too. I grew up bilingual and I took in a lot of domestic and foreign media. Mexican culture is so different from American culture–even within the United States. It really gave me a perspective on things that I wouldn’t have had if I wasn’t Mexican.This unique perspective really helped me understand the world and myself better. Being familiar with both Mexican and American cultures has really helped me progress as both a person and artist. It’s really kept me open minded.”

I think that’s the ultimate satisfaction for an artist – knowing that your art has had a positive impact on people.

When I asked Oscar what his greatest artistic achievement was, he enthusiastically answered that it would be his first book, Wherever You Are, I Miss You. It was first released as a free PDF and then was eventually published and made available on his online store. This book is a collection of poems that explore the complicated themes of heartbreak, mental health, substance abuse, and self care. I read the book myself and found myself both comforted and heartbroken by the vulnerability and reckless abandon that it was written with. The book was received incredibly well:

“So many people read it and many of those people messaged me the sweetest messages thanking me for the book. I had a bunch of people, strangers and friends, telling me that my booked resonated with them. My book had validated these people’s emotions and experiences. They didn’t feel alone. This is what makes my book my greatest artistic achievement. It made me the happiest human on Earth to know that my book helped people in big and small ways. I think that’s the ultimate satisfaction for an artist. Knowing that your art has had a positive impact on people. I love helping people, I love being an artist.”

Obviously, no great accomplishments go without negativity or doubt from people around you. “Among the positive feedback,” Oscar said, “you’ll always have those handful of people who just don’t like you or what you do. Don’t give in to their negativity. Don’t give them what they don’t deserve. They might hurt your feelings, but ultimately those negative people don’t matter in the grand scheme of things.”

I’ve been familiar with Oscar’s work for a while and seeing the versatility and freedom that he wields his abilities with never ceases to amaze me. I can only imagine where his surely ambitious visions will take him next. Follow him on Twitter and shop his store now: http://bouquetclo.bigcartel.com/.

Important Instagrams All People Seeking Self Love Should Follow 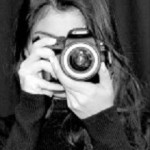