Outstanding, Powerful and Mind-blowing! A Review of "Captain Marvel"
Advertisement

Captain Marvel (Brie Larson) is Marvel’s first ever female superhero to have their own feature film. This film is set in the 90s, approximately 1995 and revolves around the backstory of the Captain herself who’s, according to Marvel Studio’s President Kevin Feige, the strongest hero that Marvel Studios has by far. The film premiered last week and after watching the film, I had so much to say as I truly loved the film and it was amazing.

When Marvel first dropped the trailer for Captain Marvel, my excitement wasn’t really peaked. The trailer was visually pleasing, the exhilarating music and Nick Fury (Samuel L. Jackson) narrating in the background was on point but it wasn’t out of this world amazing, it was quite mediocre for me. I honestly wasn’t excited about the film at all until my friends who watched it, raved on about the film and gave me loads of spoilers. In doing so, they got me to watch the second trailer for Captain Marvel before going to go watch the film in theatres.

First and foremost, the intro for Captain Marvel. We usually see the Marvel heroes forming the Marvel Studios symbol however for this film, the one that forms the symbol is Stan Lee; all of his cameos in the Marvel Cinematic Universe (MCU) come together to form the Marvel Studios symbol. The tribute was followed with a thank you for Stan Lee who passed away last year. It was a bittersweet moment but also a beautiful way to start the film. Also, worry not because Stan makes a cameo in this film, and he will also reportedly appear in Avengers: Endgame and Spiderman: Far From Home.

The first half of the film delves into Carol Danvers (also known by the alias, Vers) trying to figure out who she truly is. She keeps having little flashbacks of memories she can’t remember, and she doesn’t feel like she’s a true Kree. She knows there is a part of her missing. The Starforce and Carol are called to complete a mission to rescue a Kree informant from a planet invaded by the Skrulls. Unfortunately (or fortunately), the mission goes haywire as the person Carol thought was the informant was actually a Skrull. Carol is attacked and taken hostage by the Skrulls. They search through Carol’s memories and find a “Dr. Lawson” (Anette Bening) who discovered something very important. Carol is able to escape the Skrulls and finds herself on Earth. While on Earth, she decides to try to find Dr. Lawson before the Skrulls do. While on Earth, she meets Nick Fury who is trying to arrest her but later ends up “joining” her side. In the first half, Carol is still figuring out everything and also still not familiar with the power she has. The first half of the film, definitely captured my attention and got me hooked because of the intense action-packed scenes that’ll keep you at the edge of your seats. The second half of the film is when the secrets start to reveal. The secret of who Dr. Lawson truly is, Carol’s true identity and finding out that the Skrulls aren’t the bad guys as they’ve been made out to be. I honestly never even thought that the Skrulls were the “bad guys.” If you guys have watched Guardians of Galaxy Vol. 1, you know that Krees aren’t the brightest and nicest people around like Ronan the Accuser (Lee Pace). Ronan makes an appearance here by contacting with Yon-Rogg (Jude Law) who is Carol’s friend and mentor or dare I say was her friend and mentor. With the help of Carol’s best from the Air Force, Maria Rambeau (Lashana Lynch), Nick Fury and the Kree leader Talos (Ben Mendelsohn), Carol discovers Dr. Lawson’s secret lab and the Tesseract that’s also the source of her powers. After almost being taken by Yon-Rogg, Carol is put through a trial with herself, and she prevails, in doing so, she unlocks her true power, goes back to earth, destroys Ronan’s missiles that are trying to attack earth and helps the Skrulls to find a new home.

The film ends with Fury making the Avengers Initiative as the Avengers’ theme song plays in the background. Goosebumps!

What I loved the most about this film is the over-arching message Marvel Studios is portraying through Brie Larson’s character, Carol Danvers; to never give up. Carol keeps getting back up every time she falls and stands up for herself every time people keep telling her that she’s not capable of doing things because she’s “too emotional” or weak. Some people, even before the film premiered, criticized that Carol “should smile more” and the answer for those who want her to smile more is in the film itself. In the film, a man catcalls her by asking her to smile, and she just stares at him before he walks away. Her response is incredibly relatable for girls like myself who get told to smile more or who get catcalled at. Although a small action, it makes me feel braver and again, with how she gets back up every time she falls, it makes her more than just an incredibly powerful superhero but also a great role model. The film was also released in the week of International Women’s Day which made everything so much better. Carol Danvers is truly my hero and a role model to all. 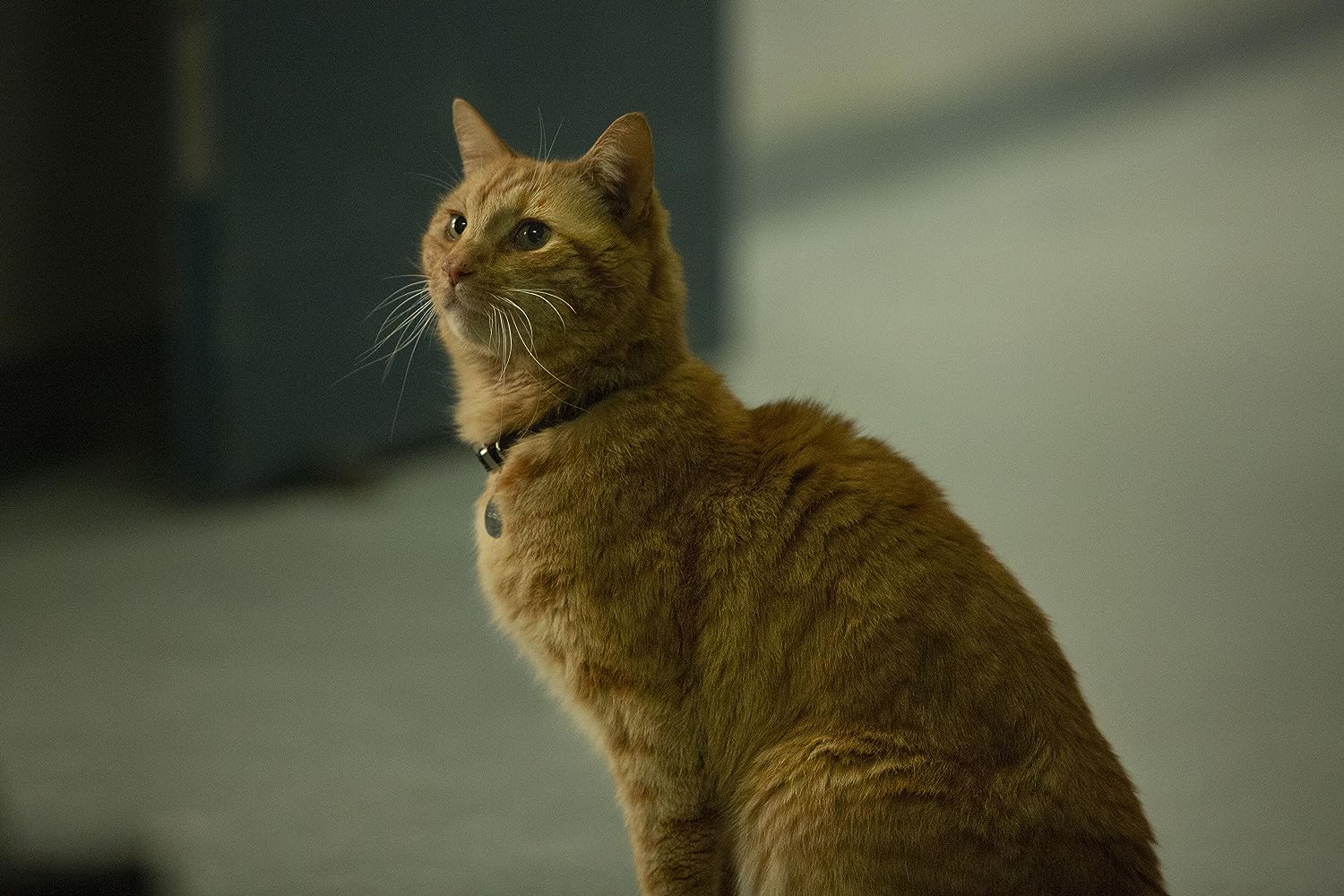 I was sceptical of this film at first but I walked out of the cinema with amazement and wanting to watch it again. This film is definitely worth your money and time because of how powerful and inspiring this it is. We also know and believe that the MCU will never disappoint their fans. Go watch Captain Marvel if you haven’t watch it yet and if you already have, go watch it again, no one is judging!

In this article:captain marvel, entertainment, film, marvel, movie, movie review, woman
Up Next:

‘Carrie Pilby’ is Funny and Charming – But Slightly Problematic

Worst Film Ever? Tommy Wiseau is Back – With a Shark Movie

I was born in Jakarta, Indonesia. I have been writing since, more or less, I was in sixth grade. I take interest in writing fantasy stories, reviews and anything related to mental health. You can reach me on Instagram: @rosianamuliandari or by e-mail: rosianaputri19@gmail.com