Panic! at the Disco's Frontman Brendon Urie to Make Broadway Debut in May
Advertisement

Starting on May 26, Brendon Urie will join Kinky Boots at the Al Hirschfeld theatre and assume the role of Charlie Price, and we just can’t get enough of this rocker! He will, sadly, only be performing until August 6, taking over shortly for Killian Donnelly.

“I’m thrilled to be making my Broadway debut with this fantastic company,” Urie said Tuesday in a statement. “I’m a huge fan of Kinky Boots and musical theatre, and am honored to be joining the cast.”

Panic! at the Disco was nominated for a Grammy for Best Rock Album this year, and they are currently on tour in the US to promote their most recent album, Death of a Bachelor. Despite being the sole remaining member of the original band, Urie is no stranger to success, selling out multiple arenas throughout the United States.

About to take on a life long dream & head to Broadway. Excited to join @KinkyBootsBway this summer as Charlie Price. See you all in NY! pic.twitter.com/QVWWcs64fS
— Panic! At The Disco (@PanicAtTheDisco) April 11, 2017

Kinky Boots is based on a true story and an indie film. It follows Charlie Price (Urie), who leaves his family and hometown to move in with his girlfriend in London. When his father dies unexpectedly, Charlie is left with the responsibility of taking care of the run-down shoe factory. Struggling, he desperately searches for a solution to save it. Lola, a fabulous drag queen comes up with the idea of producing ladies shoes for men, hence kinky boots. From here the question is whether this scheme will actually work, and will these two men set aside their differences to become friends?

Personally, as a fan of both Panic! at the Disco and Kinky Boots, this is the perfect role for Brendon Urie to make his Broadway debut. I wish all the best of luck to him and the rest of the cast. Congratulations, Brendon!

In this article:brendon urie, kinky boots
Up Next:

Keaton Henson: How Music Can Make You Feel

A Playlist of Songs to Get You Through The Bad Times 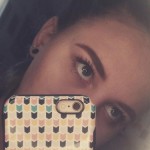 Kaitlyn is a 17 year old high school student from Kentucky. She is a member of her school's AcCapella choir and plays on her school's softball team. She enjoys kayaking, going to concerts, collecting LP vinyls, and arguing with anyone willing to give her a good debate. You can find her on instagram (@magickaitx) and on twitter (@kaitnicofw)