It only took them about a decade, but it looks like Physician’s Formula has finally realized that Black people do, in fact, exist!

Last week, the drugstore brand announced in a post on their Instagram account that they’re extending their butter bronzer line to include two more shades saying, “1,2,3,4! FOUR shades of Butter Bronzer.”

1, 2, 3, 4! FOUR shades of Butter Bronzer will soon be available on www.physiciansformula.com Sign up for email notifications to find out when these two new shades will be available.

Then just two days ago, the brand announced the release of their new “The Health Foundation” line in another post on their account. The post featured the bottle of what looks like the darkest shade in the line and videos showcasing all 16 shades, captioned “Don’t throw shade, because we just extended! Introducing our first-ever full color range foundation line with The Healthy Foundation.”

Physicians Formula is clearly a racist makeup brand. They refuse to make anything for WOC. They've been sticking to their guns the whole time. ?

it's about damn time!

Within the black beauty community, Physicians Formula is known for being one of the whitest drugstore makeup brands (right next to Almay who, surprise surprise, has also just discovered that Black women exist after 86 years). Up to this point, the only shades the brand ever carried ranged from Ivy Ivory to Becky Beige. So while it’s nice to know that they’re shifting towards becoming more inclusive, the fact that it took them 12+ years to do so is definitely side-eye worthy. It’s not like Black women haven’t been buying makeup. We spend 80% more on beauty on beauty products than other demographics, shelling out over $7.5 billion annually. Other brands like Maybelline with 30 shades in their Fit Me line updated their shade ranges in way less time. And in a post-Fenty Beauty world, it’s no longer enough for makeup brands to decide, after countless years, to throw a bone to Black women because they’ve decided that our money is worth collecting. Makeup brands need to be diverse from the get-go instead of treating diversity as a trend. And no brand deserves a cookie for doing the bare minimum.

The Clues To Finding The Right Moisturizer 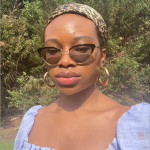