Today I found myself in a rose garden.

Families, groups, and couples milled around, gawking at the nature that they would have destroyed otherwise.

Little kids ran around shrieking, not fully appreciating their surroundings, the housewives were proudly ignoring their children, counting their daily steps on their iPhones.

And I was the wallflower, observing as I hung by the roses.

I stared at the plump rose in my hand, beautiful as it was sharp. I saw toddlers running up to the rose bushes, hands held out excitedly, pulling off the red flowers remorselessly. A second later, their mouths opened in wails as their soft thumbs closed around the thorns and the mothers pulled their eyes away from their phone screens, to do their jobs. Our society chooses to see the beauty but not the pain of the world.

I see this every day, from my post by the rose bushes, in this quiet garden, disrupted by the complaints of suburban families.

It gets frustrating, seeing all this beauty, this wasted potential, as the humans pick, gawk, and photograph these flowers.

But perhaps it was never wasted potential, because nature does not grow for humans. Nature grows in spite of humanity, and it is their job to appreciate it, but it is not nature’s job to ensure that they do.

The flower can be picked, pulled, and dissected, but it will grow back.

But humans have no compassion for nature, nor themselves.  As the humans stay in their own fat heads, staring at their phone screens, their Instagram feeds, seeing the beauty, ignoring the pain. Ignoring others, ignoring nature, ignoring everything but their own small lives. As they let all the time pass, they are picked pulled and dissected by their own, and they

In this article:culture, fiction, life
Up Next:

The Voyage of No Return 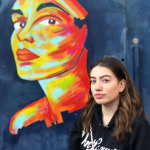