To Universal Pictures, advertising teams for Pitch Perfect 3 and the executives involved in acknowledging a potentially groundbreaking storyline but choosing to throw it away,

If the way you’ve absolutely butchered your relationship with the LGBTQ+ community through Bechloe could be condensed into one image, it would be next to the word “queerbaiting” in a very modern dictionary.

The current definition of the word that we as a community have agreed upon is the exploitation of the LGBTQ+ audience by false advertising and derogatory teasing, taking advantage of our hopes for good representation. If you need a little help understanding, these links should help you out, along with some simple research on things women-loving-women are absolutely tired of.

If you don’t already know what I’m trying to refer to, it’s catering to super-fans of Bechloe (pairing of main characters Beca Mitchell and Chloe Beale) for the film Pitch Perfect 3, when in reality there is, if you will, no fruit to reap from the film. The pairing, although non-canon, has won a Teen Choice Award for Best Chemistry and has gathered up a fanbase of millions of people since the debut of the Pitch Perfect saga in 2012. Your goal was to get all of these people to give them your money, and it was quite shameless in the way you did it.

One day left … Will Bechloe ever happen ??#PitchPerfect3 in cinemas tomorrow. pic.twitter.com/4kWrThVayp

After numerous confirmations — from fans who have watched the film — that the video compilation above is the most interaction involving anything remotely romantic from the entire movie, what was the point of asking us if it will ever happen? In addition, Rebel Wilson (plays “Fat Amy/Patricia” in the series) confirmed that there is indeed a kiss, but it was cut from the film. The lack of real romantic content between the most popular couple in the Pitch Perfect fanbase, along with the blatant baiting, only shows those paying attention that, respectfully, you don’t have the balls to make an actual impact in LGBTQ+ representation. A blockbuster musical comedy starring two leads in a relationship with years of build-up would have been notable, and it is a prospect you have thrown in the trash.

Maybe the cry out for Bechloe fans to fill the seats of movie theaters worldwide was an attempt to save a film that you already knew was terrible. Rotten Tomatoes currently rates Pitch Perfect 3 at 35 percent, Vox calls it “aca-terrible” and critics are leaving bad reviews at an exponentially increasing rate. Because if someone’s gonna waste their time on this, it’s gay women who long for decent representation, right?

So here’s some advice from a young lesbian who, yes, has spent money on all three of your films and many others like it in hopes she will see herself on screen. Speaking on behalf of every angry Bechloe fan, every gay woman who has been let down yet again and the entire LGBTQ+ community who frowns upon your franchise, queerbaiting has been getting aca-old. Originality is key to a film’s success. Try it next time, and maybe your reviews will say something different than “out of tune.”

A former fan of Bechloe

A Response to Matt Shepard is a Friend of Mine

Christmas Movies You Have to Watch This Holiday Season

Cat is a 5'0 senior in high school with dreams that reside much higher than her height. Her passions include academia, berry smoothies, and LGBTQ+ rights. (IG/TWIT: @catnipscarlet) 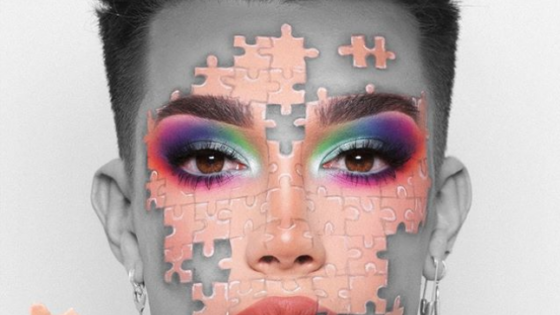