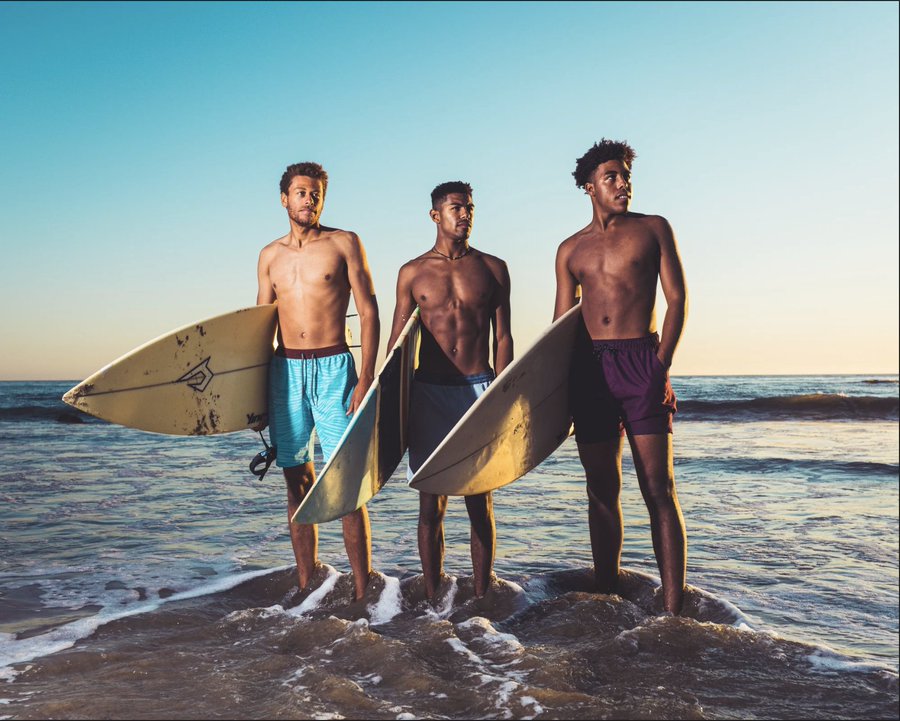 We The Commas is a band of brothers, comprised of Cam (17), Jordy (19) and Lenny (23). They began taking music lessons in 2008, and they realized they wanted to start a band after a guitar teacher asked them to perform “Basket Case” by Green Day.

The group shared that because they differ in so many ways, rivalries rarely interfere with their work, “We love working with each other and every day is still exciting. We’ve been playing together since we were little, but now with college and high school, our schedules are a bit torn. When we aren’t together, we each are creating on our own and can’t wait to show each other our ideas. Sometimes those pieces of inspiration then inspire us all collectively and we move forward. As individuals, we all have very different tastes in music, but there’s this area where our tastes merge. It’s a beautiful cross-section. Even our singing styles are very different, but in our music, our voices play a role as important as a bass player to the groove of a drummer. We learned that early on and we respect each other for what we each bring to the table. The result ends up in a sound that is unique yet familiar as we blend our tastes. We also are a very tight family and we put that and our being brothers in front of everything when it comes to us as a band. In our case, rivalries don’t make their way into the band. We don’t step on each other. Jordy plays drums, Cam doesn’t, Lenny plays guitar Jordy doesn’t and Cam loves to get his hands dirty in Logic, so we’re all good!”

Earning tens of thousands of views and followers, approval from The Head and the Heart and praise for their laid back style, the group has released a new track for the summer: “Sherry.”

The “Sherry” video begins with drums washing out with waves, and the track commences with strumming guitar and trumpet swells.  Cam begins the vocals, as the video cuts to him standing in the ocean with his guitar, “I don’t think you ever notice/But I kinda like you…” The music swings with Cam, as background tinges of drums and accompanying “aah” s are included.

A Jeep pulls up at a high school and Cam climbs in to join his brothers, tossing a longboard inside the car, along with his backpack. Smiles, rolling waves, and continued singing illustrate the warm relaxation of the song and video. It’s deeply California. The video cuts to the brothers standing on the beach with their respective instruments, Jordy drumming, Lenny playing bass and Cam strumming the guitar. They all sing the chorus as the waves roll in, “Sherry, how have you been/I’m very happy I met you/You carry me in another world.”

Then the video transitions to shots of Cam longboarding, the brothers bopping in the Jeep, palm trees in the sunshine and the three brothers walking along the water. The saturation is bright and the trio remains unbothered by wet jeans and traffic – they’re content. The brothers explained how they’re so calm, “Living in San Diego our whole lives is probably why. It’s very relaxed down here. The beach, the ocean, the weather, it’s all beautiful and chill.” However, they did point out that “for the most part, we have very chill demeanors, but when the time calls for it, we have no problem expressing how passionate we are. We aren’t chill to the point of being unaware.” 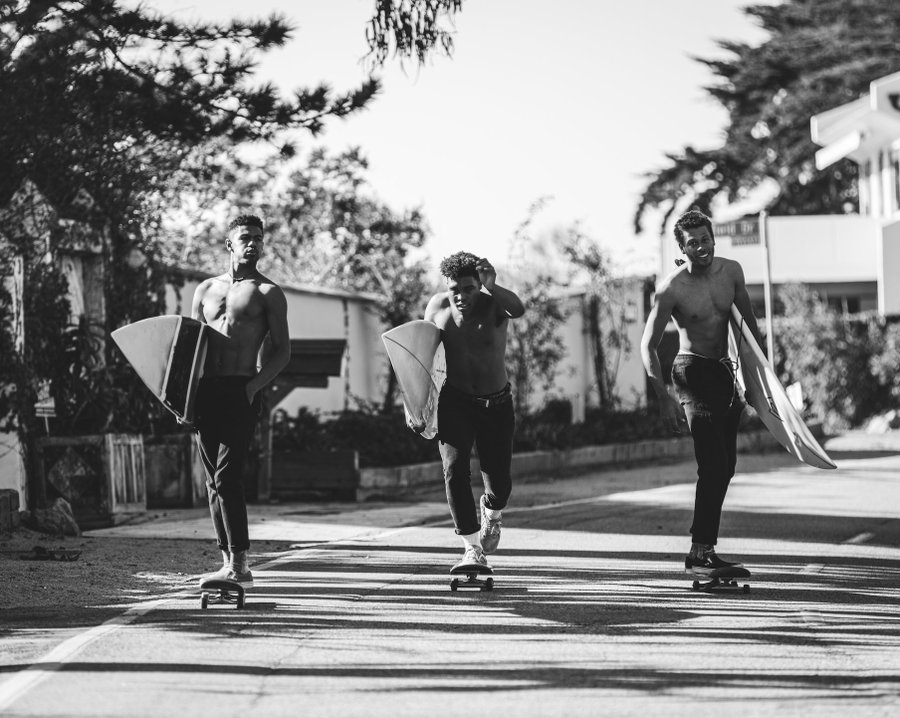 Lenny stands in the middle of the water and sings, “Wait for me wait for me yes/Pray for me/I try my best I can’t sleep when you leave/So don’t please,” the beginning of this verse clarifies what the song is about – being really interested in someone but struggling to get on the same page.

Surfing and smiles accompany the chorus, “Sherry, how have you been…” The brothers are shown running in wet suits into the North Pacific, playing their music on the sand and grinning at one another. Jordy adds higher pitched vocals, sitting at his drum set, “You can’t sleepin in,” a wave rushes with Cam paddling to shore on his stomach, as Jordy’s vocals gain strength, “my bed!” Powerful runs enhance the verse as Jordy croons, “If you’re just a friend.” This makes sense, as Jordy shared that his favorite part about making music “is creating vocal melodies.” 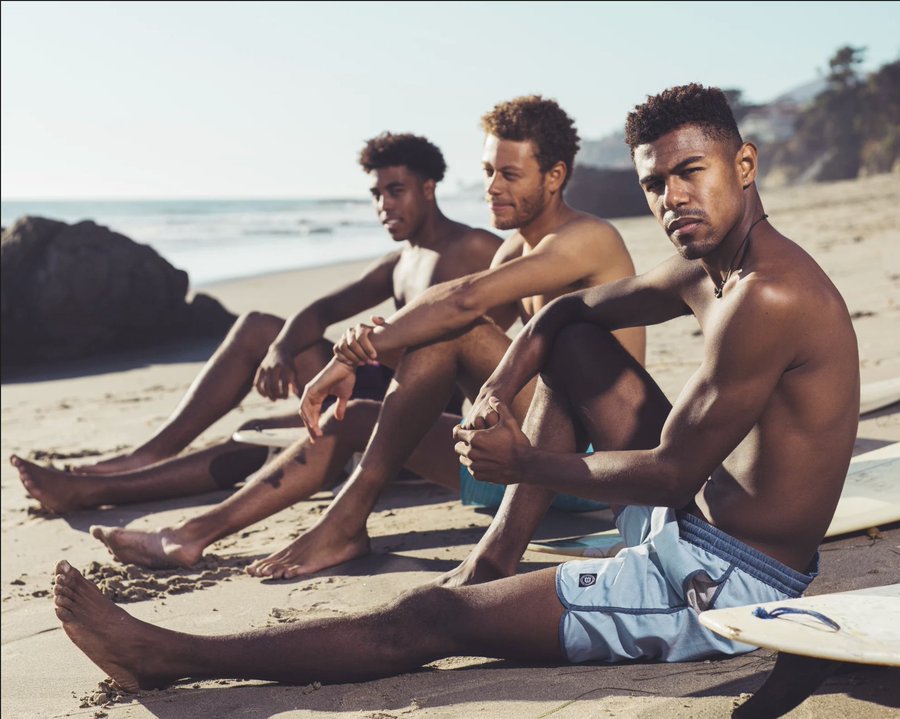 The meaning of “Sherry” becomes clear during this part of the verse, as Jordy sings, “I’d love if we were more than friends/But don’t make me beg.” It’s about liking someone and finding comfort in them, but not being willing to continue sacrificing for them, since they don’t feel the same way. Warmer lighting begins, as they’re now perched atop cliffs to sing the chorus.

Smiles and surfing never cease, as the song fades out, “Sherry…” The sun sets along with the song. Jordy’s drums begin to wash out to sea, he lets it go, even tossing one of the toms into the waves. While some may have panicked at the thought of even getting their instrument wet, acceptance plays a key role in both the band’s dynamic and the meaning of “Sherry.” Trumpets and a pink and turquoise sky play the track out, as the video concludes with the image and sound of waves. 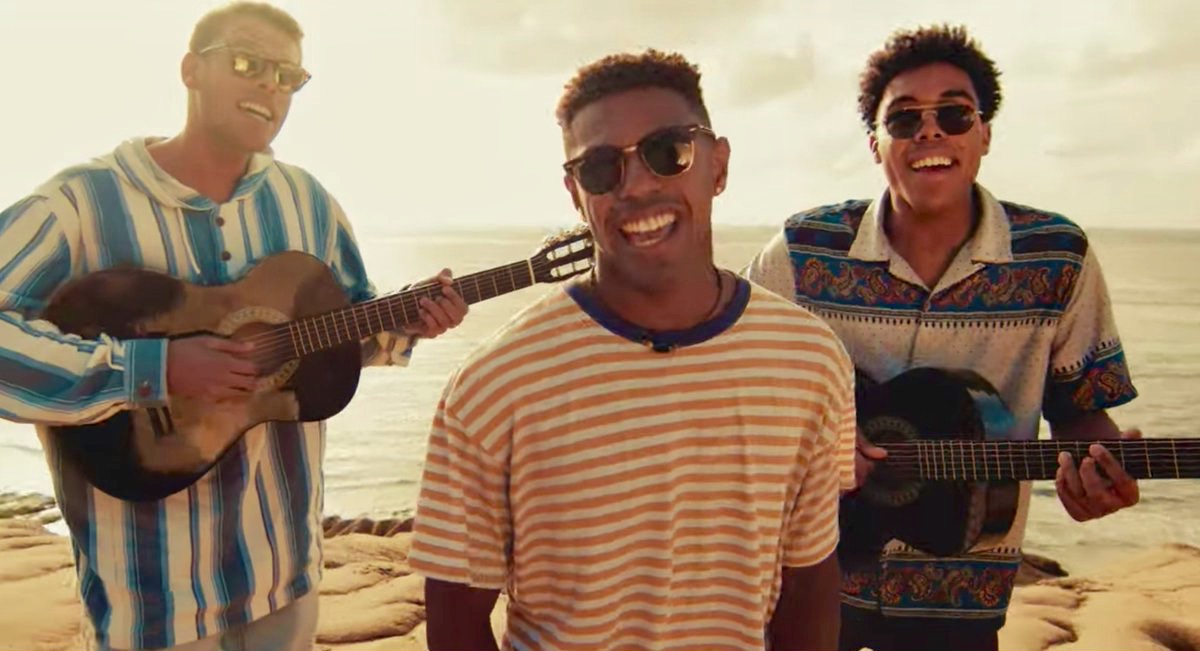 We The Commas play what they “recently coined as ‘SARB Music.’ Surf Alternative R&B.” This makes sense, as Lenny explained that his favorite part of working with music is how “you can almost use anything for a musical purpose,” continuing, “I love putting sounds and lyrical experiences that wouldn’t normally go together into a piece of music. That kind of experimentation leads to something beautiful.” The group draws heavy inspiration from the Beach Boys, who they love! Beach surf music has become predominantly dominated by white artists, as it can be argued that the Beach Boys’ “Pet Sounds” album was used as a catalyst for the whitewashing of the genre. The group explained that this had little impact on their mentality, “Hopefully, we can show other artists by example that they can do whatever they feel passionate to do, regardless of what social norms say.”

Cam shared his favorite part of working in the band is that he loves “seeing that vision come to life,” and the vision of a joyful video that makes you want to pack your bags for the West is clear on “Sherry.” While the song may be about struggling to get someone to care about you in the same way they bring you comfort, the sound is light and nonchalant, much like the beginning of the relationship with the subject. “Sherry” is San Diego, sand between your toes and pure summertime relaxation.

You can watch the “Sherry” video everywhere tonight, and pre-save the track here!