Pretty Little Liars is known for having problematic storylines. From the continuous romanticization of a student-teacher relationship that only gets creepier and creepier, to further provoking negative stereotypes by having their big bad be a transgender woman.

Then most recently it was revealed that Alison was impregnated with Emily’s eggs against both their knowledge.

How did A.D. manage to pull this off? For college money, Emily decided to donate her eggs, and in doing so they were stolen by A.D. When Alison was trapped at a mental institution, she was wheeled into a bright light, as we saw, and then passed out in a drugged up stupor. The details of what happened next were made clear when A.D. decided it was time to torture both Alison and Emily with the heinous truth.

In fact, as Alison muttered “I’m pregnant” in the season 6 finale, viewers from across the globe knew that it was only a matter of time until they went there. And we so didn’t want them to go there.

However, given that Alison and Emily’s reaction to the news was not a joyous celebration but a plethora of feelings ranging from violation to confusion, cements the writer’s acknowledgment of how screwed up the situation is.

The romantic coupling that is Alison and Emily is definitely the most complex of all the couples on Pretty Little Liars. It’s also arguably the most rooted for on the show, and using this violation as an apparent plot device to bring Emison back together is cringe-inducing.

Before Alison knew that the baby was also biologically Emily’s, she made the decision to have an abortion. And no one shamed her for that choice. It was her choice to make, and hers alone. The writers have been adamant about advocating for Alison’s reproductive rights, and in this political climate, simply voicing that truth goes a long way.

This storyline, which is famously referred to as “the Emison baby,” has moved the couple along considerably. On Tuesday night’s episode, Alison decided that she wants to be a family, with Emily and the baby. The couple, being on again off again for the length of the show, made Emison shippers ecstatic. Watching it, you can’t help but feel happy for the couple.

Alison and Emily’s relationship was largely one-sided in the beginning. Being that Emily expressed her love for Alison and never got the same response back. This baby between them changes their relationship forever, and in doing so finally elicited Alison to confess what’s been in her heart all along. But did it have to happen as a result of their stolen agency, and in such a monumental scale? Is that the message you want to leave fans of this relationship?

Is Netflix Lying About Why They’ve Canceled Shows Such as ‘Sense8’ and ‘The Get Down’?

‘Sense8’ Gets Cancelled by Netflix — What Does This Mean For LGBT+ Representation? 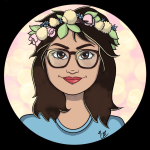