From SparkPoint Studios’s She Writes Press and SparkPress Toward Equality in Publishing (STEP) contest comes winner Veena Rao’s debut novel, Purple Lotus. The story centers around a young Indian woman, Tara, who tries to find her own identity. After moving to America from an arranged marriage, she finds herself in a loveless marriage with her partner. However, she stays in this abusive relationship due to her shame: in Indian households, a wife’s place is to cater towards the husband. Throughout the novel, she struggles to embrace her own identity and accept what she wants.

This book was a beautiful read. Rao’s language is gorgeous. She writes clearly, but her writing reads like music. I finished the entire novel in a span of a day. Her descriptions of Indian life truly immersed me into the scene. However, I love how respectful Rao is of other cultures as well. She truly took the time to create characters from a diverse array of backgrounds, all with different ambitions and life goals. I really enjoyed this diversity because it made the novel much more interesting to read and created interesting, relatable dynamics between multiple characters. As an Asian American, I loved the scene when Tara and her friend of european descent discussed why she couldn’t leave her marriage.  I found Tara having to justify things by saying that it was her duty to uphold her marriage due to tradition, a justification I found relatable. The divide between Eastern and Western cultures isn’t explored enough, but I really found myself engrossed in the novel due to this complex idea.

However, Purple Lotus‘s unique themes don’t stop there. This is not your average rom-com and that’s something I love about it. One of my favorite themes in the novel is actually the idea of pressure. Tara receives a lot of this from different aspects of her life: her family, her community and herself. Rao emphasizes that many women in these sorts of abusive relationships cannot get out because they are too afraid to bring guilt into their lives. Tara’s raw emotions throughout her marriage with her husband allow the readers to see just how hard she struggles: she fights to the bitter end in order to hang onto this marriage. While we can read about flawless relationships and watch unrealistic ones bloom over TV all the time, it’s important to acknowledge the truth: relationships require time, effort and patience. Finding true love isn’t an end all be all: every relationship always needs to be worked on. A lot of times, people can really put a lot of pressure on others for their relationship statuses. While it may not look like it, this pressure can have a large impact on mental health.

Too often, romance novels seem to circle around a woman waiting for the right guy. However, the romance in Purple Lotus focuses on an important aspect most romance novels forget about: self empowerment. For me, I think this is the most touching part of the novel. Rao tells her readers that before they are to find love for others, they must love themselves. Though Tara’s journey is long and wavering, there is a pattern. When she loves herself, she is happy with the people around her. When she constantly seeks people for their approval, she loses herself.

As Tara immerses herself in the things she loves (in this case, journalism and writing) she transforms into a more powerful person. I think this is an extremely important message for all young girls to hear. Surrounding yourself with passions and individuals you truly love allows you to lead a more productive, confident life. I think it’s amazing that Rao gives Tara so many different dreams and passions, instead of letting her fall blindly into some man’s arms. Tara’s character is layered and complex.

.@VeenaRaoNRI's #PurpleLotus explores the many dimensions of the human mind and mindset of society, and the consequences of each, which may turn out to be tragic or triumphant. https://t.co/Th4bQihles via @IndiaCurrents

Women are taught to always cater to men. There are still so many gender equality issues around the world, even in more developed countries. Rao doesn’t pander to this normal romance novel stereotype, choosing to cast the spotlight on Tara: a woman who truly pursues what she loves and puts her all into everything. Tara is the correct role model that authors should be creating for young women to look up to. She stands up for herself and that in itself is powerful.

Rao doesn’t stop there. Towards the end of the novel, she creates a romance that shows people what they should look for in love. Tara’s newfound love treats her extremely well. By setting up this example of what a good marriage should be, Rao encourages women to fight harder for this sort of dream.

Purple Lotus was one of my favorite reads this year. Its bold, deep and culturally focused themes made me curious to learn more about multiple cultures. By including strong women from all different races and backgrounds, Veena Rao created a picture of America that we don’t see very often anymore- one of unity. But, most importantly, by creating the fearless character Tara, Rao allows us all to set a higher standard for what romance novels should be about: empowerment, not blind love.

I received an Advanced Review Copy for an honest review.

Purple Lotus will be released on September 29th. It is available for preorder from Amazon, Barnes and Noble and Target. 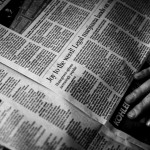