Honestly, this started when Snapchat introduced Discover stories (not sponsored).

At first, I loved bagging on the idea of it with my friends, going on about how watching those minute-long videos or clickbait articles added up to a massive waste of time. But I ignored one crucial aspect of my personality: my curiosity.

After a while, I started clicking through a couple. Some news outlets, some trendy topics and most notably some food videos. I was hooked, and soon learned that my friends had experienced the same phenomenon. Another way that social media glued our phones to our daily routine. I learned very quickly that these short bursts of peppy reporters or somber news updates weren’t as terrible as I had initially believed them to be. They had become my guilty pleasure — that is, until I redefined what made me feel guilty.

Some mornings, I would pick and choose which stories I would scroll through. Some nights, I would find something to calm me down before bed. Some days, I would skip them altogether (and the world never fell apart). I’d eventually built them into my daily routine, and I didn’t mind one bit. In fact, the magical powers of subliminal advertising helped me.

I would send my friends recipes or cute little images that popped up on the screen, keeping connected with some people I rarely saw. I would know that, at a set time, some new media would teach me something new every day. I would take pleasure in the short minutes staring at my phone, watching recipes replay over and over again. All of this at no extra cost.

In a way, these Snapchat Discover stories became a sort of mindfulness exercise. It was my way to focus on something that was instantly accessible, here and now, and it had proven itself to be incredibly relaxing. So why did I feel bad about telling people I swiped to the sponsored page?

In this article:cooking, food, guilty pleasure, mental health, self care, snapchat
Up Next:

Beautiful Is Who You Are 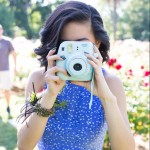 How to Keep Feeling “Good as Hell” Amid an Era of Fat-Shaming, Lizzo Trolls