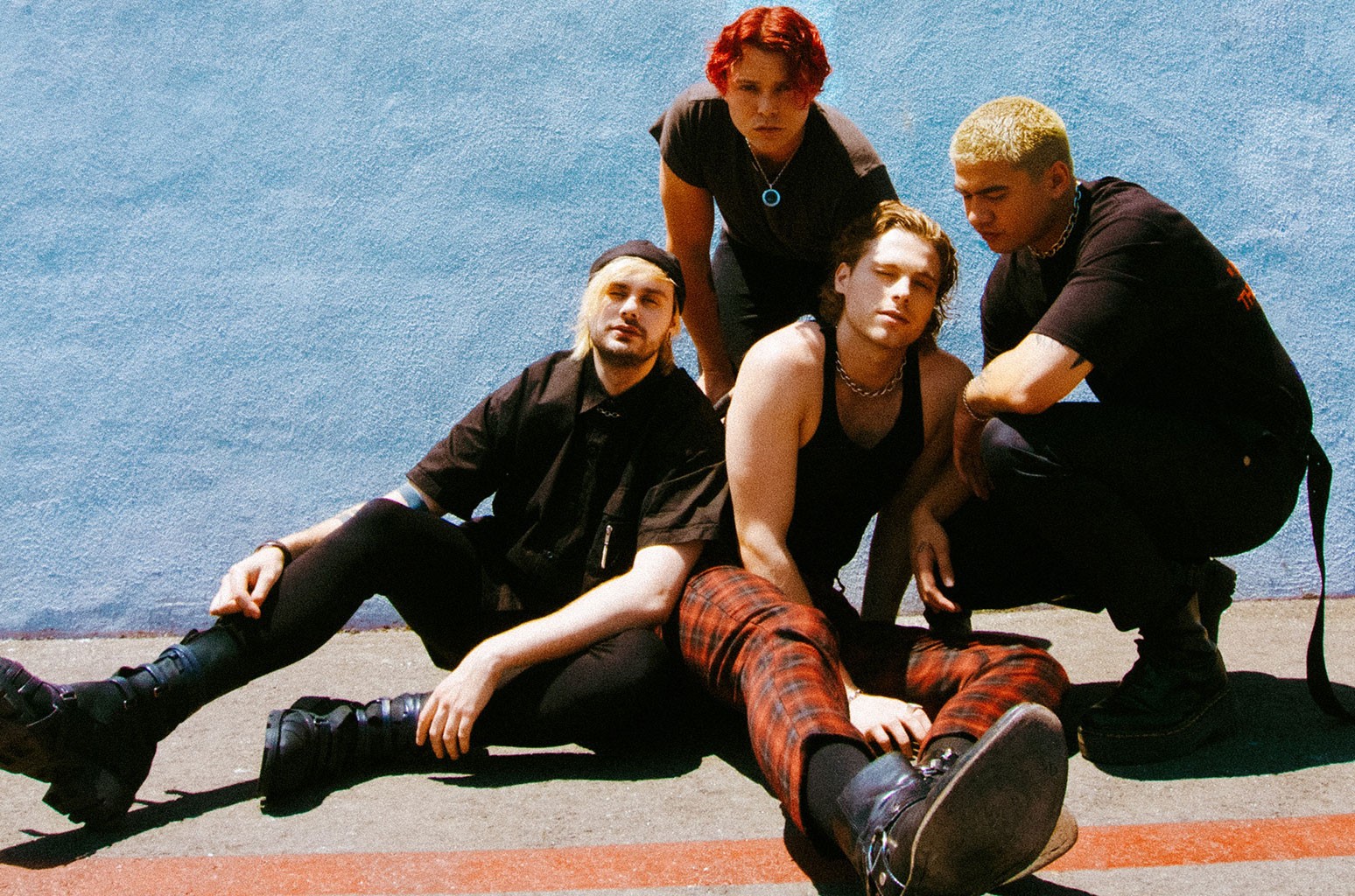 5 Seconds of Summer (5SOS) is an Australian band that burst onto the international music scene in 2014 with their hit “She Looks So Perfect.” The outfit, composed of Ashton Irwin (drums), Calum Hood (bass), Luke Hemmings (lead vocals) and Michael Clifford (guitar), has remained together since 2011. The group has toured with One Direction, sold out stadiums around the world, had a documentary made about their success and earned platinum or gold certifications on every single one of their four album releases.

After many taxing years on the road, 5SOS took a break to rediscover their sound and themselves. The members of 5SOS have grown as musicians and people together. Their newly matured sound is exceptionally evident on their latest album, which is an acronym of the bandmates’ names, CALM.  The album is full of energy, passion and memories, as there is not a single song that feels repetitive, skip-worthy or out of place.

Here’s our track-by-track review of the newest addition to the 5SOS discography.

The album’s opening track is a bold percussion-heavy track. Chorused vocals work to create a consuming and constantly building sound, “Red, red desert, heal our blues/I’d dive deeper for you/What a blessing to feel your love/Twilight moments with you.” One of the most vocally intertwined songs that group has ever produced, with its pounding percussion and intense instrumentals, “Red Desert” sounds as though the group is truly running through a desert, a perfect opening to CALM.

Opening with The Smith’s “How Soon Is Now?”-esque guitar from Michael, Luke Hemmings’ voice is brighter than the guitar, which becomes gradually more intense and lighter in sound. The lyrics and pop punk-ish sound on “No Shame” are the most reminiscent of their earlier sound, arguably more so than on their 2018 album Youngblood.  “No Shame” is all about the struggles of shameless celebrity obsession, but the stars’ shameless addiction to the obsession.

The single “Old Me” is a look back on the mistakes and choices made by the “old” version of themselves. Simple instrumentally, the group maintains an intense sound with lots of electric guitar and bass plucks that sounds like time ticking. After a great deal of percussional buildup from Ashton, Luke sings, “Shout out to the old me and everything you showed me/Glad you didn’t listen when the world was trying to slow me/No one could control me, left my lovers lonely/Had to fuck it up before I really got to know me…All of the mistakes I made…”

The first and one of the most popular singles from CALM, the song “Easier” is a percussion-heavy hit about loving someone so much that it hurts, because it simply isn’t healthy. Luke sings, “Is it easier to stay? Is it easier to go?/I don’t wanna know, oh/But I know that I’m never, ever gonna change/And you know that you’re always gonna stay the same…”

Fierce and heavy on the bass, “Teeth” was another incredibly popular single off of the album. The song starts slow but quickly builds, showing that the song is as biting as the subject of the track. Yet again, this track is about a painful but enjoyable relationship. Backed by crackling electric guitar, they sing, “Fight so dirty, but you love so sweet/Talk so pretty, but your heart got teeth…”

The final single to be released off of the album (just three days prior), “Wildflower” is a transition to the more tender songs, though it never loses the band’s high energy. Calum takes the lead on singing  on this track, “You’re the only one who makes me/Every time we/Tell you what I like/My wildflower…”

Ryan Tedder’s writing assistance is clear on this track, as well as Benny Blanco’s production contribution. Softer than almost any other track on the album, “Best Years” is a sweet promise to offer all that you can. With all members in their early to mid-20s, the group is still young and still has “the best years” ahead of them, though it can be hard to remember that considering their striking success dating back to their time in high school. Backed by simple guitar, Luke sings, “I’ll give you the best years/Past love, burned out like a cigarette/I promise, darling, you won’t regret…”

Not In The Same Way

“Lover Of Mine” is full of complex, rapid guitar in the introduction, blending acoustic and electric. This song is all about feeling uncertain of everything except for one person. Luke shared that he wanted a “Jeff Buckley vibe” on this track, and the influence is evident in a way that honors but does not replicate, especially in the early acoustic guitar. Luke sings, “If my name never fell off your lips again/I know it’d be such a shame/When I take a look at my life and all of my crimes/You’re the only thing that I think I got right/I’ll never give you away/’Cause I already made, already made that mistake.” On the final line of the verse, the beat drops and heavy percussion begins, emphasizing the sadness and loss that Luke feels he is on the verge of, on this track.

Lying to others so much that you don’t even recognize what you’re saying as lies – that’s the focus on “Thin White Lies.” The lyrics focus around another unhealthy dynamic, promising that they only need “one more taste,” though everyone knows that’s a lie. They sing, “Killin’ me slow with the words you wrote /The heart you broke, the heart you broke, yeah/Callin’ my name, I don’t wanna stay/But I’m wide awake, I’m wide awake (Thin white lies)…”

More acoustic than any other song in the opening, it quickly slips into a more alternative sound around the chorus and latter half of the track. Luke compared the song’s chorus to a Depeche Mode track, and this is justified, as “Lonely Heart” is quite comparable with “Lonely Jesus” in many ways. More unhealthy relationship habits come to light on this track, as they sing about someone clinging to a relationship just to not be alone.

Luke and Calum sing, “Your precious heart, can’t watch it break/So I close my eyes while you walk away, mmm/Can I have a second chance?/Can I have another dance?/Can I start another life with you?…/When I wake up in a haze and I haven’t slept in days/You’re a thousand miles away with—… Such a lonely heart…”

Guitar that can only be described as pretty and bittersweet strums in the background of “High” while intentional crackles in the recording of the vocals add a nostalgic feeling to the song, “I hope you think of me high/I hope you think of me highly/When you’re with someone else.” Heartbreaking and understanding, “High” is about letting someone go, but still longing for them to think of you, actually making it clear that while the song is directed at someone else it’s truly about themselves.

One of the most painful lyrics on the track, Luke sings, “Today, I called to tell you that I’m changing/But I don’t think you have enough respect to see me try.” This is the conclusion to the album and the painful relationships referred to on the album, there is no better closing track to 5 Seconds of Summer’s CALM than the song “High.”

You can stream CALM everywhere!