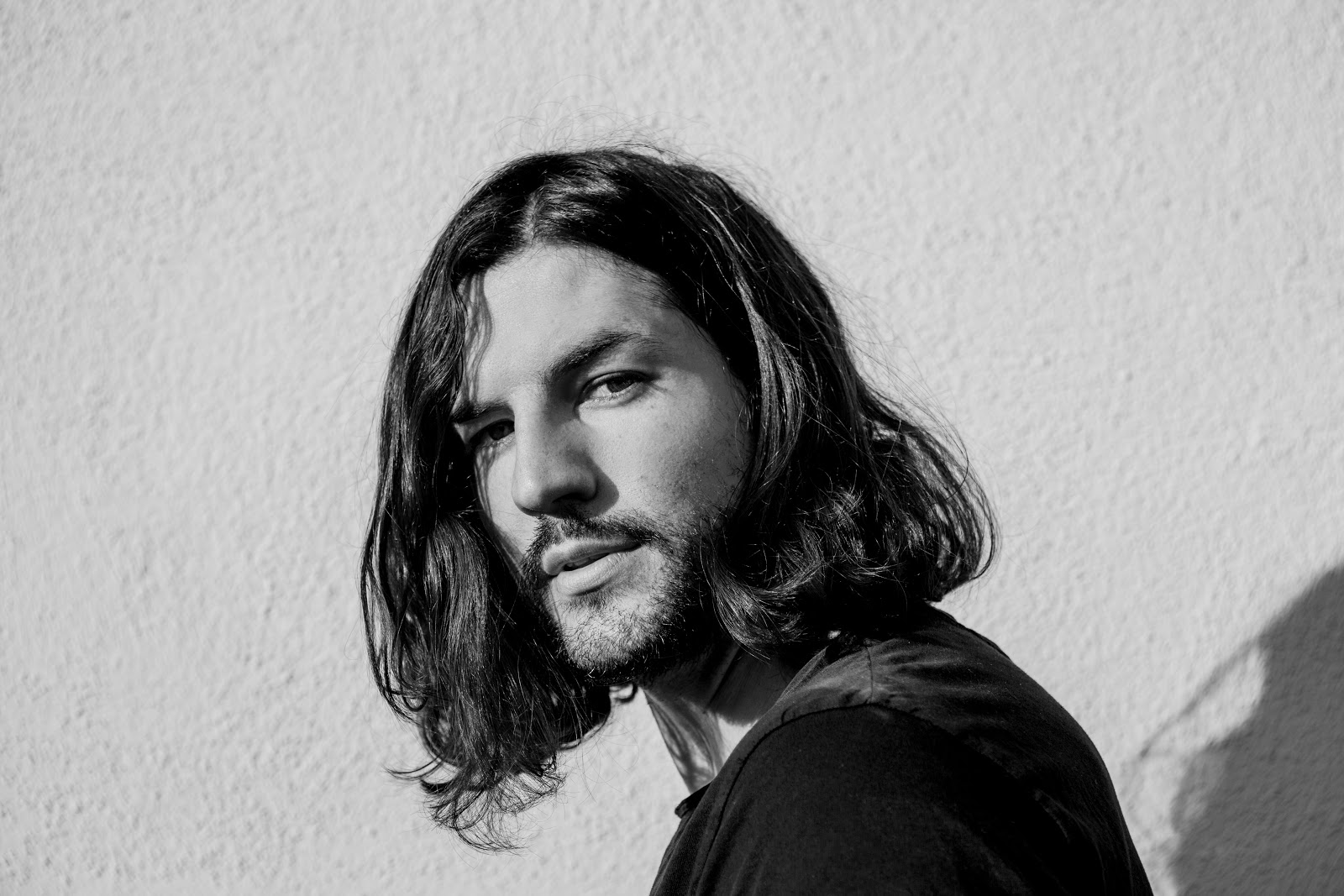 Craig Stickland is an eccentric and deeply passionate musician making music in his solar powered van. His music is soulful and remiscient of the 70’s – freedom, festivals and Fleetwood Mac. He traveled around national parks in California in a sustainable Sprinter Van, recording acoustic versions of his songs while simultaneously recording his album with Cat Lewis and Gray Hawke. The influences of this nature-driven freedom are clear in his music. Craig shared, “I wrote my first song when I was 15 years old. Although it didn’t make it on this album, I remember exactly where I was and what I was feeling when I wrote it. The twelve songs that make up my debut album are no different. Some stretch decades and some stretch months, but they’re all drawn from very personal experiences. It took a few years to find the right sound for the songs that have lived in my head for what seems like forever, and it’s amazing that something that was created in a 400 square foot guest house is being released into the world. I hope you will relate to it in one way or another.”

“Starlit Afternoon” is about a beautiful moment in time. It’s about being utterly in love with someone who makes you love being alive. Accompanied by soft strumming, Craig sings, “Closed your eyes as the wind blew/Whispered lines and I whispered too/And I can’t forget the tune/From that starlit— From the moment I saw you I already knew/I’ll never find someone better than you/You said yes while my heart grew.” The track “Starlit Afternoon” is sweet, expansive and the perfect opening to the album named after it.

“Rolling River” is a soulful ballad. The sound is somber, but the meaning is tender. The vocals and instrumentals blend together, and rolling like a river. Craig sings, “What you can’t leave behind/‘Cause I know the demons/That breathe down your back/Are convincing your feelings/That this is all that you have/Because when you/Are lying in my room/I feel you drown/The tide keeps pulling through/And I won’t promise/That I will rescue you/But I’ll keep it steady baby/Let me be your rolling river.”

The track opens with deep vocal runs and tamborine. This song, sounding similar to Hozier’s works, is all about recognizing the warning signs and still not fearing taking the plunge. The song moves slowly and deeply. The lyrics are poetic, as Criag croons, “Life is but a gamble/With so many dreams to chase/You’re an ache I will remember/Every moment I’m awake.”

The opening of “Golden Child” sounds strikingly similar to the opening of Fleetwood Mac’s “Dreams.” Snare rhythm building into guitar, as the song begins with Craig singing, “Baby there’s a fire that burns in me/Throw me right onto your coals/Tell me what’s the use in the subtlety/When I know that I’ve stumbled on gold.” The themes in this track are not exceptionally complex, as Craig is open about this song simply being about wanting someone physically, as a further means of connecting spiritually.

Gentle guitar, sounding as though it’s playing in the distance, opens “History.” This track is about “wasting” history and time, knowing it’s in the past. Craig reminisces about his past with someone as the background instrumentals build up to emphasize his lyrics ands story, “All we have is history/Between us now/Caught up in a mystery/That I can’t figure out/I think about those car rides/Our lives sped into my sweetest memories/And every time I think I’m free/Get caught up in our history/It’s always been a mystery/How you became my history.”

“Stop At Nothing” contains a chorus backing Craig’s vocals, adding an almost religious, spiritual element song. With little background instrumentals other than the chorus, clapping, some symbols, guitar twinges and piano at important moments, he sings a testament to his love for someone and how boundless it is. Craig declares, “And I’ll stop at nothing for you/I’ll stop at nothing like a train that rolls on through/I’ll stop at nothing to prove/That you will be the one I hold onto.”

“Burn It Down” is one of the most fun songs on the album. This song is full of upbeat guitar and percussion, sounding closer to pop than the rest of the folksy album. There is a lot of rising on this album, sounding like someone has the firey spirit enough to “burn it down.”  On this fun track, Craig sings, “Anytime’s a time for celebration/Any day’s a day for vacation/I’m alive and feel like getting high/Colorado, Arizona, Vegas/Everywhere I’m making friends with strangers/Everybody wants to get inspired!”

“Save Your Words” is both contemplative and sweet. This is a song about not wanting a shallow love, and wanting every sentiment shared to be powerful and truly meaningful. Craig sings about not wanting to fight, or waste niceties. Backed by strumming acoustic guitar and consistent drum beats, Craig sings, “Save your enemy/For someone other than me/And if you disagree/I hope that you will see/That the power of us/Is stronger when we’re together/And all your fantasies/Won’t make it better.” 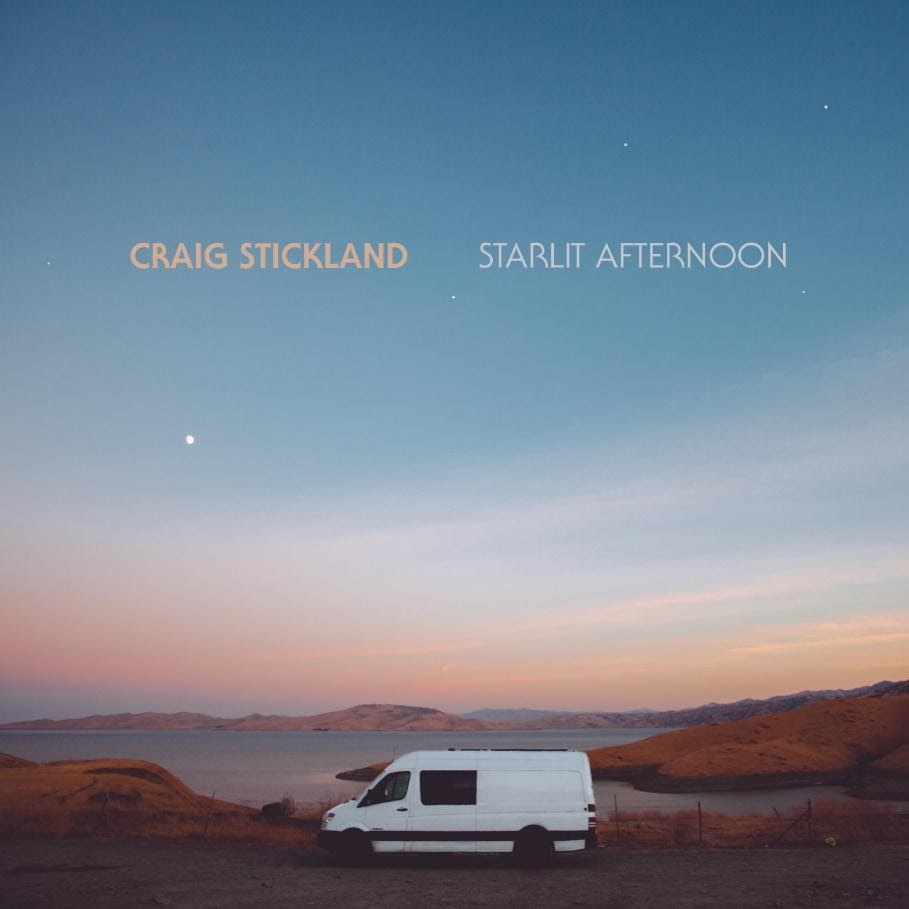 I Can’t Get Enough Of You

This track opens with a radio tuning before a 30-second guitar solo, backed by some simple drumming, gains clarity.  “I Can’t Get Enough Of You” is about falling madly for someone, and not being able to “get enough” of them. Backed by heavy guitar and percussion throughout the song, Craig wails, “I was afraid that I’d never feel love/Except in the shape of a dream/But then you came along, now you’re all I can think of/You fill my space with the things that I need.”

The final song on the album, “Good Love” is sweet and simple. It’s closer in sound to the earlier songs on the project and contrasts the later ones, which are less folksy. “Good Love” is filled with a backing chorus (only in certain portions of the song) light guitar plucking and gentle, almost whispered, vocals. Craig sings, “But I want to tell you just one more thing/So I hope that you’re still listening/It took me so long to realize that you were right/When you said that your good love was so hard to find/I didn’t know you’d be the one I can’t get off my mind.” Craig Stickland concludes the album with a finite track that gives the lengthy album a purpose. “Good Love” makes the album sound as though it has been a journey, and this is Craig Stickland returning home to the happiness that has been in front of him the entire time.

You can stream “Starlit Afternoon” everywhere!

Ryland James Is Tired of Being a ‘Shoulder To Cry On’ on His Latest Hit: An Analysis & Review