Review: A Track By Track Analysis of Hoodie Allen’s Album “Whatever USA”
Advertisement 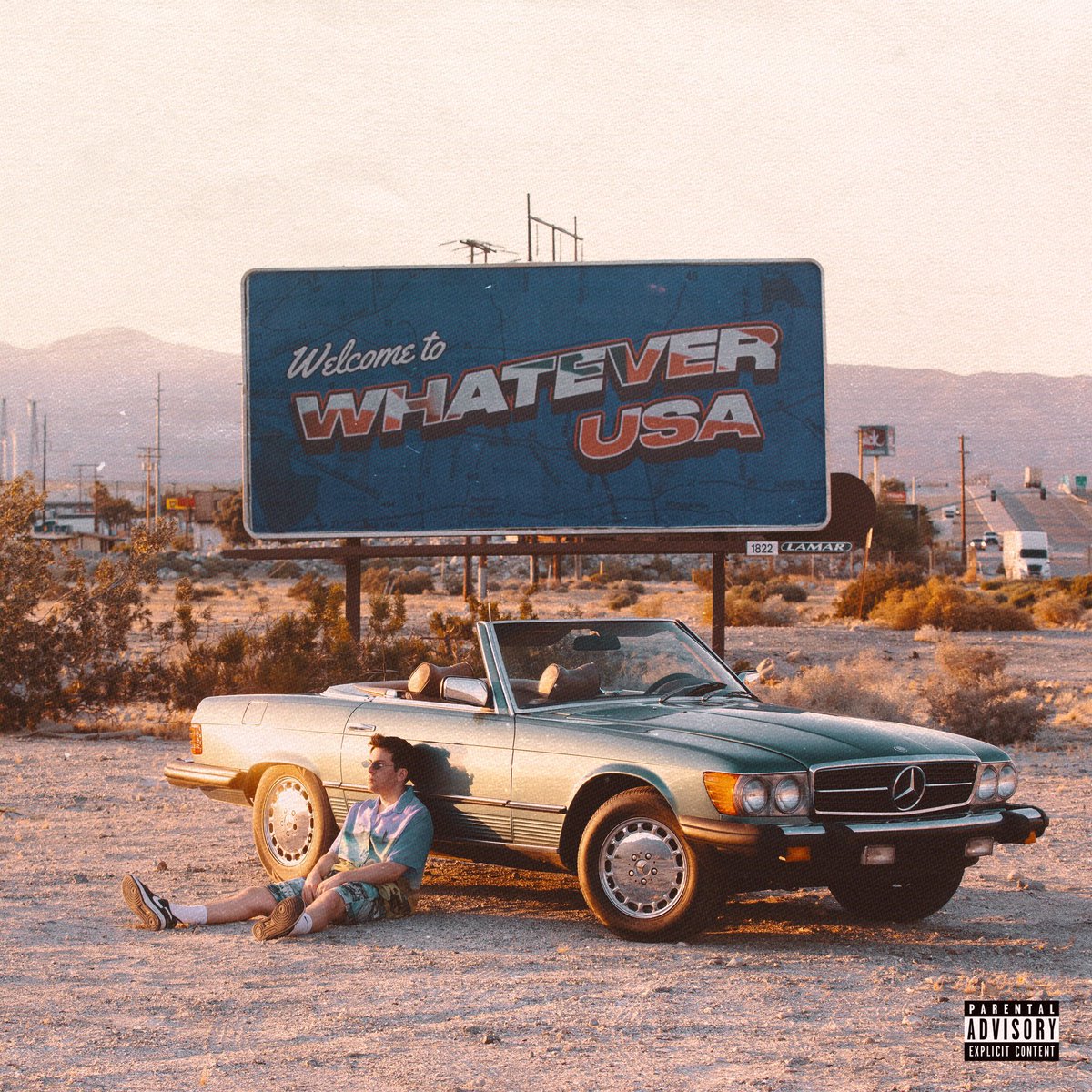 Hoodie Allen is a rapper, singer and songwriter from New York who has been releasing music since the early 2010s. He has been teasing his return to music for months, and in June of 2019 he wiped his Instagram and began releasing singles.  “The Hype” was the last album he released, in 2017. Two years later Hoodie Allen is back with his latest album, “Whatever USA.”

“Whatever USA” is the first track on the album. It features Hoodie rapping over gospel and light trap beats. He sings about different cities across the United States that are home to universities with lyrics such as, “I’m chillin’ with some Notre Dames, show me how the South bends/And my dogs hold me down when we show up in Athens.” Hoodie got his start frequently performing at Penn State so the line, “No lie, I’m such a Leo at Penn State, I’m a lion,” is incredibly fitting (he is also a Leo, with his birthday being on August 19). On a livestream Hoodie joked, “My thought process was: ‘If I shout out these colleges and people from these colleges hear this song then I’ll become popular there… But I’m trying to hear all of the college stations hear Whatever USA.’” The song is smoothly concluded with a line from the chorus, “But it don’t matter where you came from/It just matter where you end up, if you end up with me.” The outro features the consistent gospel getting a solo moment before going into the sound of a radio beeping, tuning and the singing of a station jingle, “Whatever USA! All American, all hits.” Hoodie’s first album was “All American.” The use of the radio also confirms my previous suspicion about the car theme used in the beginning of [“Come Around”], the promotional material, the music video, and the license plate cover art (similar to Hoodie’s last single from February, ‘No Going Back’), being a consistent pattern throughout the Whatever USA era.

The transition to “Come Around” is perfection. The radio jingle ending of “Whatever USA” slipping into “Come Around”’s muffled radio audio works flawlessly. “Come Around” is a fun and sunny song about freedom and moving on. It features singer Christian French, guitar and upbeat lyrics from Hoodie Allen. You can read my more in-depth analysis of the song here.

gianni & kyle are an urban pop duo who opened for Hoodie Allen on his last tour. On a livestream in 2018 Hoodie teased, “Everyone who opens for me becomes more famous than me,” while trying to encourage fans to see the tour. They’ve teamed up again on “60 Seconds” to create a bouncy fun song about vying for attention. The song is full of pleas for “a minute of your time.” Hoodie throws in a joke about rapper Lil Pump, “Let me pump the brakes, Joe Budden with it/Girl, you pump me up, I’m yelling ‘Esskeetit.’” “60 Seconds” contrasts the meaning of the song just before it on the tracklist, “Come Around,” creating a nice juxtaposition between rejecting and seeking a girl.

You Should Let Me Know

The song “You Should Let Me Know” opens with someone tapping and counting down, before Hoodie begins singing with just an acoustic guitar backing him up. His voice is raw and slightly raspy, but completely comfortable, especially for a rapper. A punchy electronic beat is introduced after he sings, “Are you wasted again?/Staying out late with your friends?/It’s 4 in the morning, what’s so important/That you gotta call me this late?” In the second verse Hoodie combines singing with rap, saying, “If the grass is always greener, why you always on the fence,” as the beat drops. The song goes on and Hoodie continues to sing about stumbling in love and trying to make someone as happy as possible, despite the girl’s disinterest and inability to hold the relationship together. “If you want it, you can have my heavy heart/You can put it back together, you can tear my limbs apart/If you’re leaving, if you got no place to go/You can fly to California, you can have some time alone/Just let me know.” “You Should Let Me Know” is a standout from the rest of the album, offering a different and emotionally vulnerable side to Hoodie Allen. There are no jokes, no pop culture references, no inhibitions. “You Should Let Me Know” is a memorable song from all of Hoodie Allen’s entire catalog.

On “Hometown Kid” Hoodie Allen raps about being a hometown hero in Long Island (Plainview, actually), New York, but feeling completely isolated in reality. He raps about climbing to the top of his game and sticking to his dream, feeling like he’s never good enough for himself and simultaneously losing touch with his roots. He raps, “Yeah, have you ever felt so underestimated/ Once you make it, it don’t even live up to your expectations…You got everything you wanted/Yeah, you famous, you amazing/But inside you see a version that you can’t relate with.” He continues on with pop culture references that are also connected to his past. He raps, “But ’til that day, I gotta blast/Jimmy Neutron…” Hoodie has frequently referred to himself as Jimmy Neutron, so much so that it’s a quiet joke amongst original fans. He then raps, “Been to every state, that’s word to Sufjan.” Sufjan Stevens has a now seemingly abandoned “50 States Album Project” where he set out to write an album about each state. Furthermore, Hoodie Allen’s legal name is Steven. “Hometown Kid” is full of synth, snark, and sassy self-reflection. 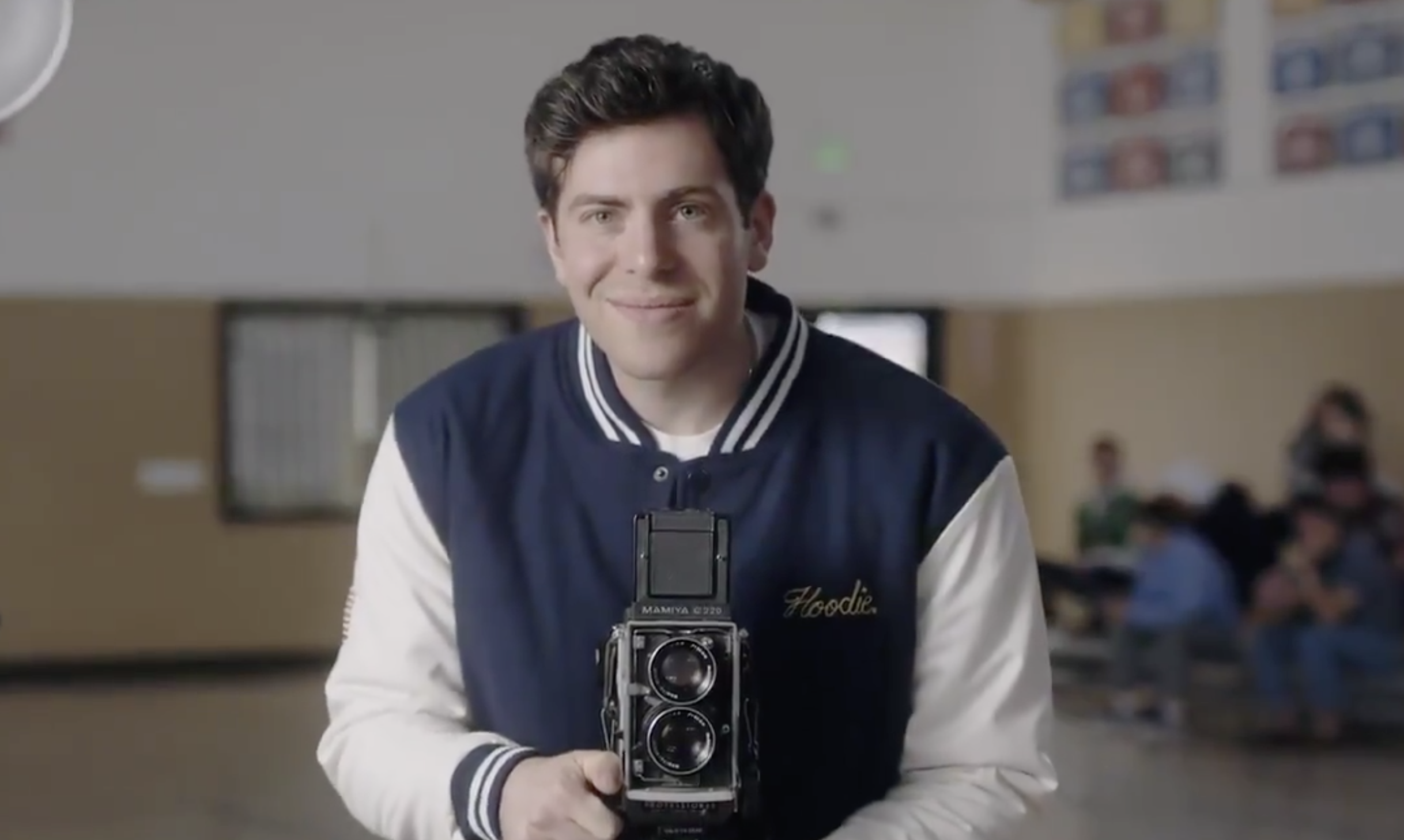 Giving Up On Us

“Giving Up On Us” opens with star and friend of Hoodie Allen, Spencer Sutherland singing “us” repeatedly. Spencer sings about the things he hates about someone, “You treat me bad then tell me you love me/I’m feelin’ so damn confused,” with a light beat in a serious and low voice. Hoodie joins him to sing about hiding parts of themselves from someone who is dragging them through a relationship that’s growing unhealthy, “I feel like I lost that part of you.” Spencer Sutherland’s and Hoodie Allen’s voices work perfectly together as they blend their styles to produce a song that leans more on the pop side. “Giving Up On Us” is about a collapsing relationship no longer worthy of effort, despite their best attempts to salvage it, “The way you’re treatin’ me is so outta hand/You know that I die just a little bit/You’re so inconsiderate/This was never part of the plan/Givin’ up on us…”

“IDK Why” is a rapped stream of consciousness full of sports references and questions about life. He raps, “Now I’m the reason that you pissed and, like Blake Griffin,” a nod to major and successful basketball player, Blake Griffin. Hoodie Allen goes on, “I’m Horace Grant with the goggles, baby great vision.” Horace Grant was a basketball player known for wearing goggles because of his lasik surgery and to encourage young kids with glasses. As the verse continues Hoodie raps, “I’m icy like a hockey player, more connected than the mayor…Never thought I’d be a player, tryna find my own Zendaya.” This possibly teases about a Canadian hockey player for The Guelph Storm who clumsily tried to hit on Zendaya on Twitter in 2018. Hoodie continues talking about how confusing and unfamiliar love is, concluding the song with, “I don’t know why love even exists/You sent me letters you seal with a kiss/All of the times and the texts that I missed/I don’t know why love even exists/I said “I don’t know why…”

Hell of a Time

“Hell of a Time” completely embodies the fun and self-doubting theme of the album. “Hell of a Time” includes fun bouncy beats and instrumentals, as well as a catchy chorus of the somewhat obvious, “Hell of a time.” Hoodie Allen sings about a fun but futile relationship on this track. He talks about backsliding to someone who isn’t healthy for him, but with whom who he has a good time. “Hell of a Time”  the time is a song to dance to while forgetting your burdens. 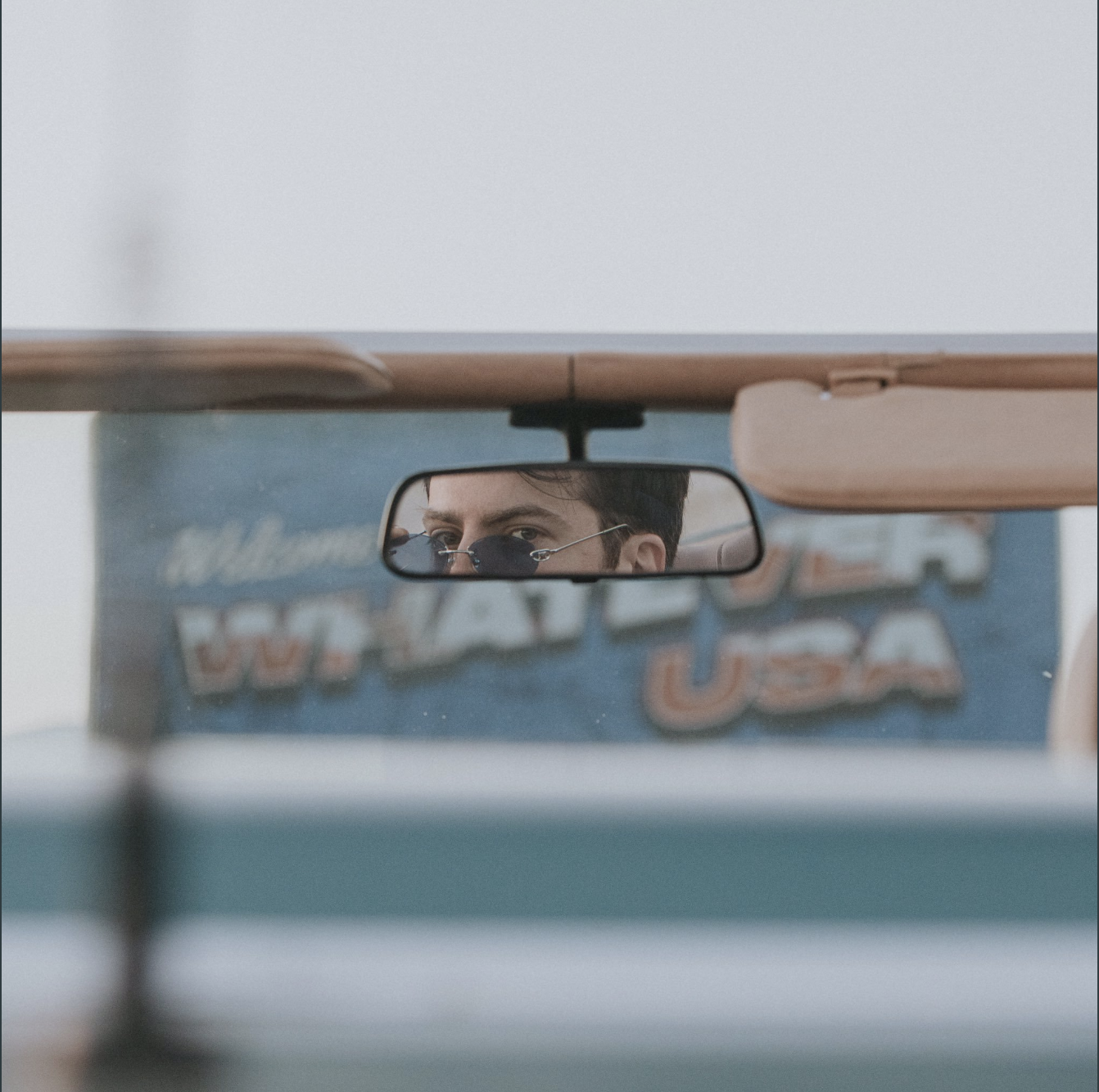 Being the first song from the “Whatever USA” collection of Hoodie Allen’s work, “No Going Back” was a bold step into a new era. By releasing this single, there was no going back for Hoodie, especially as he is an older and more established rapper now. “No Going Back” is about Hoodie making the final decision to quit his job at Google and to focus solely on his rap career. Hoodie attended the prestigious University of Pennsylvania’s Wharton School with a marketing and finance degree, but he ultimately had to focus on his music after it began to take off. The sampled chorus by Yuno goes, “There’s no going back for me, baby,” making Hoodie’s decision to focus on music and not look back, apparent. The song ends with “back” repeating and decrescendoing, sounding a bit like someone going off into the distance.

“Whatever USA” is a reminder of Hoodie Allen’s past and how far he has come as an artist and person, while also commenting on how difficult it is to be completely secure. Hoodie’s flow, the jokes from his past songs, nods to his career choices, and even the acoustic style of “You Should Let Me Know” channelling his 2013 “Americoustic” album – are all staples and references to his past. This album completely embodies Hoodie Allen’s and present world, using his classic style. “Whatever USA” feels like a homecoming.

You can stream “Whatever USA” everywhere now.

The Lumineers Broke Our Hearts Once Again With “Left for Denver”