Review: A Track-By-Track Analysis of Kailee Morgue’s EP “Here In Your Bedroom”
Advertisement 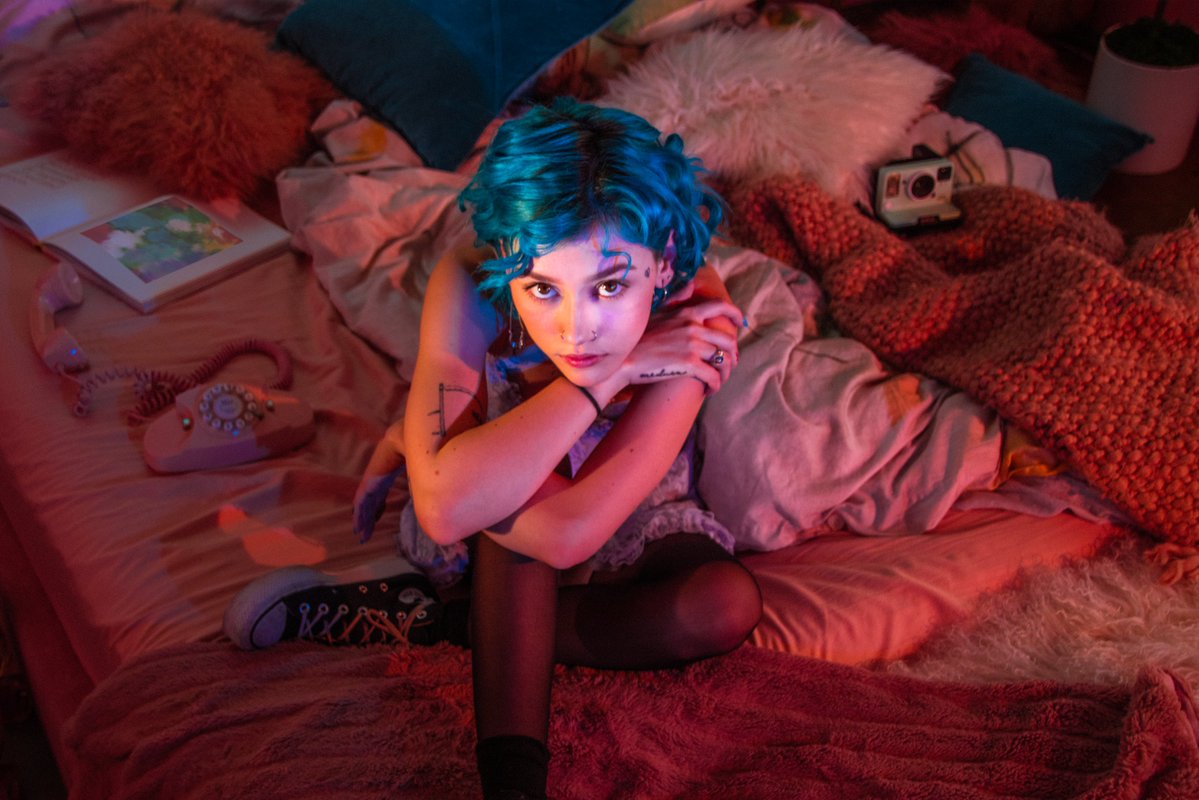 Kailee Morgue is a dark pop darling, coming from viral beginnings. She quickly gained popularity for her honest yet experimental sounds, winning her the praise of countless fans and collaborations with “Lesbian Jesus” Hayley Kiyoko. Kailee was famous before her first original song was actually released, as an acoustic clip of her riffing with her song “Medusa” went viral in 2017. People were captured by her unique sound and presence, which has kept fans coming back to her. For this new “era” as she called it on Instagram, she remains open about her pansexuality and love of the eccentric. Kailee’s mark of this new era is her latest release: her EP. An explorative blend of nostalgia and pop-themes, Here In Your Bedroom presents a bold and memorable sound.

The opening song to Here In Your Bedroom, “Still,” is a tender and sensitive track in meaning, though the overall sound is as electric as the rest of the EP. Kailee sings about being flawed and yet still loved. The electric guitar even takes on a more thoughtful tone on this project, as a building sound swirls, like emotion overcoming someone. She shares sentiments with a positive and emotional voice, singing, “The voice in my head is already yours…You fit me better than my shoes.” Kailee seems shocked at the love she is receiving, chorusing, “I fail at everything/I die for anything/Oh, how can you still love me?” 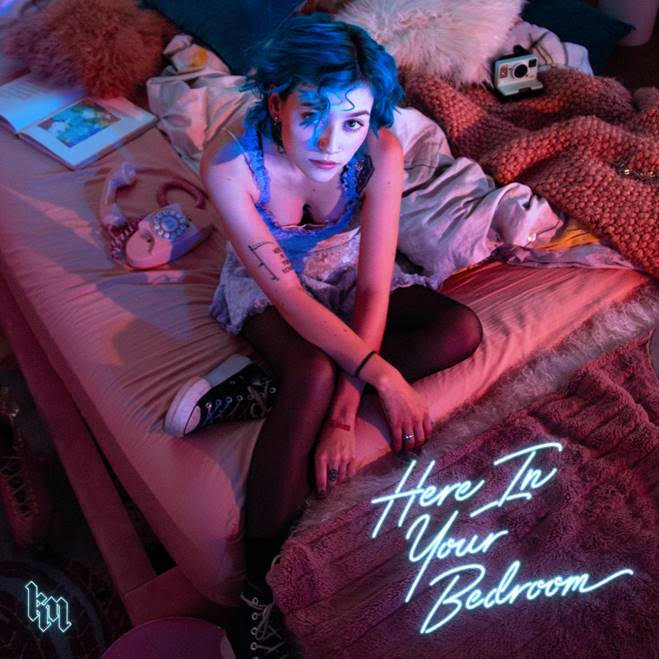 A hit single from the project, “Knew You,” is a classic-style dark pop track. The song is all about the terrifying ordeal of being truly seen and known by someone. Electronic swells emphasize Kailee’s lyrics, all about realizing how deeply she cares and longs for somebody. The realization is stunning for her, as she sings about how the overwhelming emotion is “like a knife inside my chest.” “Knew You” works like an always building anthem, the electric guitar plugging along through the more story-like elements. Despite the relationship being built between their “bodies” and dealings that occur in her “hotel room,” Kailee admits she loves the subject “to death.” Kailee sings about wanting a long life with someone and wishing she had more time with them. She sings, “I wish I knew you before I knew you/Nobody loves me the way that you do/Wish we were friends when we were kids/I think it’d still feel just like this.”

There is an immediate contrast to the other tracks on the EP. “Tied Up” begins with a music box song that is positively haunting. Kailee starts to sing and the jarring beginning is blunted, though not entirely dulled. The chiming continues as she sings about lying there in “this lacey thing,” waiting for someone when the haunting tune grows more chilling, “You wouldn’t dare/Be thinking of her.” The themes are darker than the innocent sound reveals, as she outlines some sexual themes in a voice that glosses over the meaning of her words. On “Tied Up,” Kailee sings about not only being caught in deep feelings for someone (who might be cheating), but also being literally tying someone up. The song remains gentle, with swiping sounds that almost sound like rising ghosts in an animated film. The final pre-chorus chimes, “You wouldn’t dare/Be thinking of her/I’ll kill her,” the first blatant reveal of the song’s underlying violence. Kailee dreamily sings the chorus, “I am so selfish with your love/I can’t lie/That’s all I’m thinking of/Always caught up/Wishing I was tied up with you.” 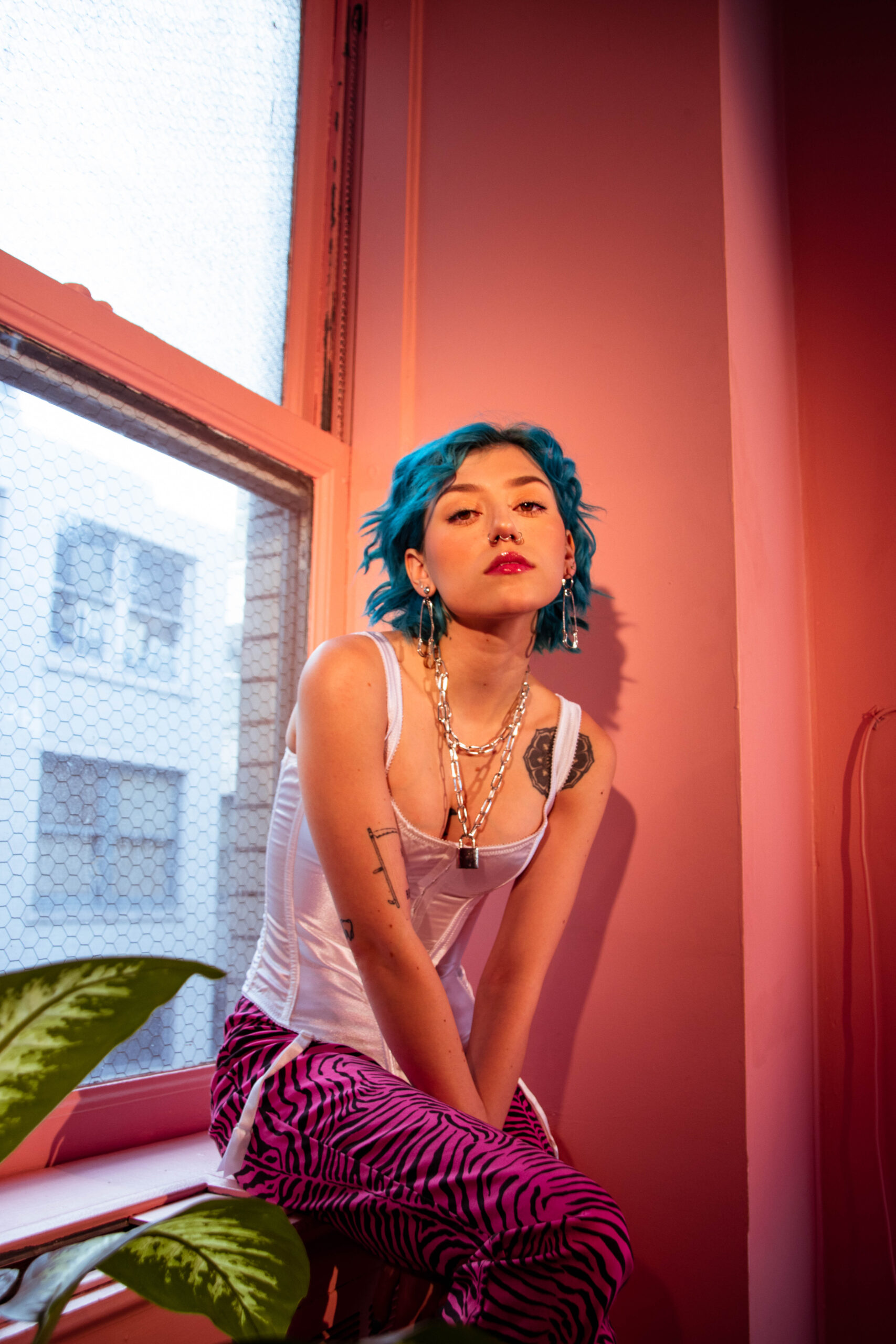 This Is Why I’m Hot

“This Is Why I’m Hot” is fast, fun, fierce and everything fabulous about early 2000’s pop-punk. Starting with an opening similar to that of” Birthday” by the Beatles, the song fades into a consistently intense electric guitar. Kailee uses a sing-song speaking voice, saying, “Loan me a cigarette, feed my addiction/’Cause that’s what friends are for, right?” Kailee sounds wonderfully sarcastic, as one can almost imagine her standing on stage, rolling her eyes and nodding her dyed-blue head at the audience, like an inside joke into her questionable choices. The percussion is persistent, slamming and separated – like a call to early Paramore and even early 5 Seconds of Summer. The quick-moving semi-spoken first verse and pre-chorus quickly transition to the chorus, with the line, “Already hooked you in, the photo hook begins.” The chorus has less electric guitar and intensity, with the lyrics being more sung than in the surrounding verses. Kailee sings, “And they say I’m too personal/It’s cool, but it will never sell/That’s quite the observation well/You can take it as it is or not/But this is why I’m fucking hot!” She sings about being “as real as it gets,” never dying and rocking buzzcuts. As a call to Avril Lavigne, “This Is Why I’m Hot” is rebellious and teasing. 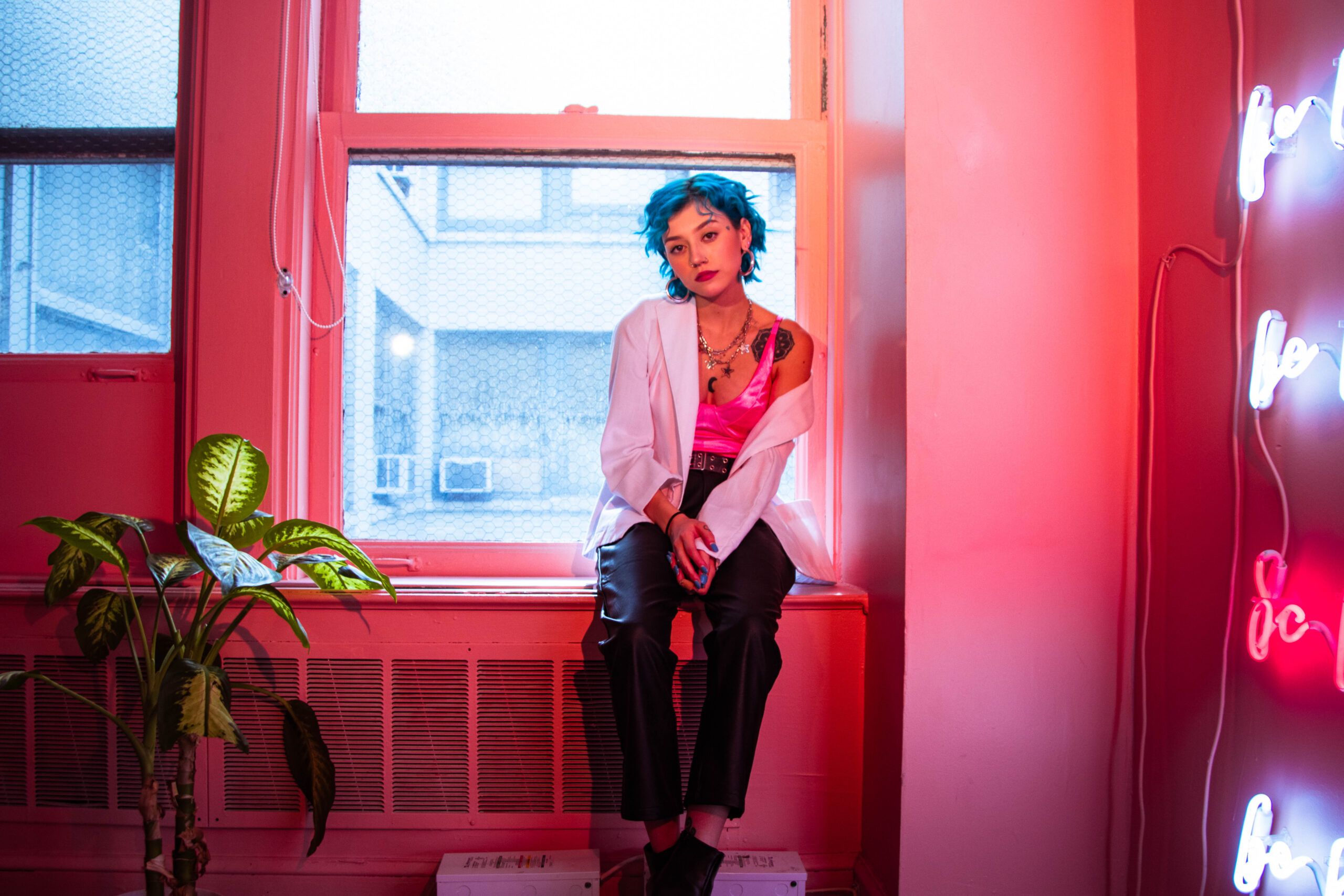 “Dying to Live” is an 80s style joy. The lyrics are semi-sad, but the production is electric. The song’s sound is reminiscent of a 2013/16 era The 1975, 2015 Halsey and “What’s It Gonna Be” by Shura. Synth and chiming percussion help to create a more fun sound to the song, as Kailee opens up about her profession, singing, “‘Cause it’s hard to be discreet/Show my insecurities/Just to make a living…” There’s buildup as she sings about longing just to be able to process emotion and experience life, without needing to turn it for a profit or product. Kailee declares, “I love them on, but I wanna feel the sun/I don’t wanna cry/I want to fight/I wanna love someone…” 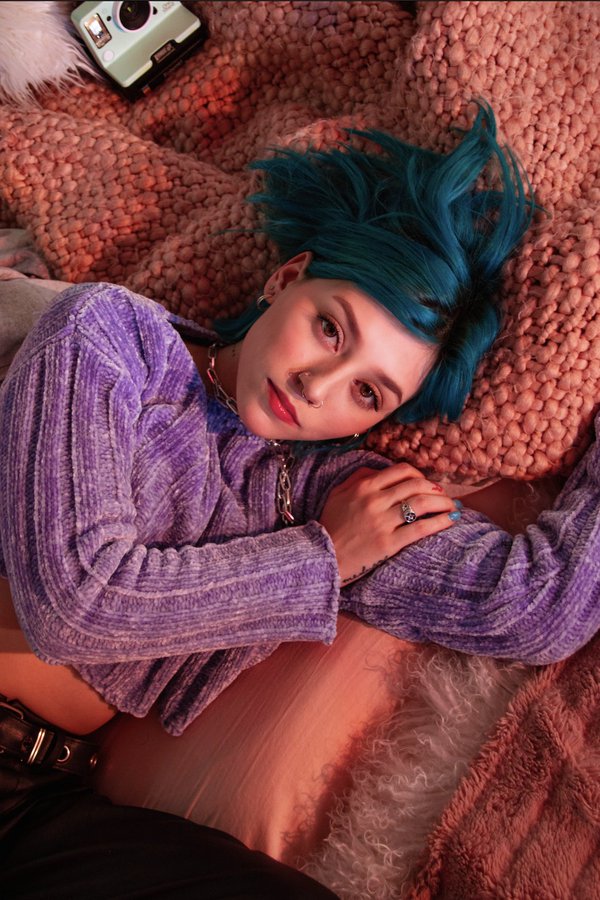 Details are key on “Wisconsin Ave.” The music production itself is reminiscent of the early 2000’s pop music, but the lyrics are incredibly present. Kailee sings about specific elements to a regretfully abandoned relationship. She sings about “still wearing the ring that you gave me,” and haunted swimming pools. She paints a picture of events that occurred “that night in Milwaukee.” The track sounds like a desperate plea for someone to stay, despite how casual she pretended to be. The continually rising guitar creates an intense sound, emphasized by pop punk-ish percussion. Kailee sings, “Standing in just your tee-shirt/I know that this will hurt if you let go of me first/Who was I kidding/That night in Milwaukee, you already had me…”

“Wisconsin Ave” is the conclusion to a relationship and to Here In Your Bedroom, both offered a rush and were lots of fun while they lasted.

You can stream Here In Your Bedroom, everywhere now!

The Jonas Brothers Release a Pair of New Songs, ‘XV,’ Teaming Up with Karol G