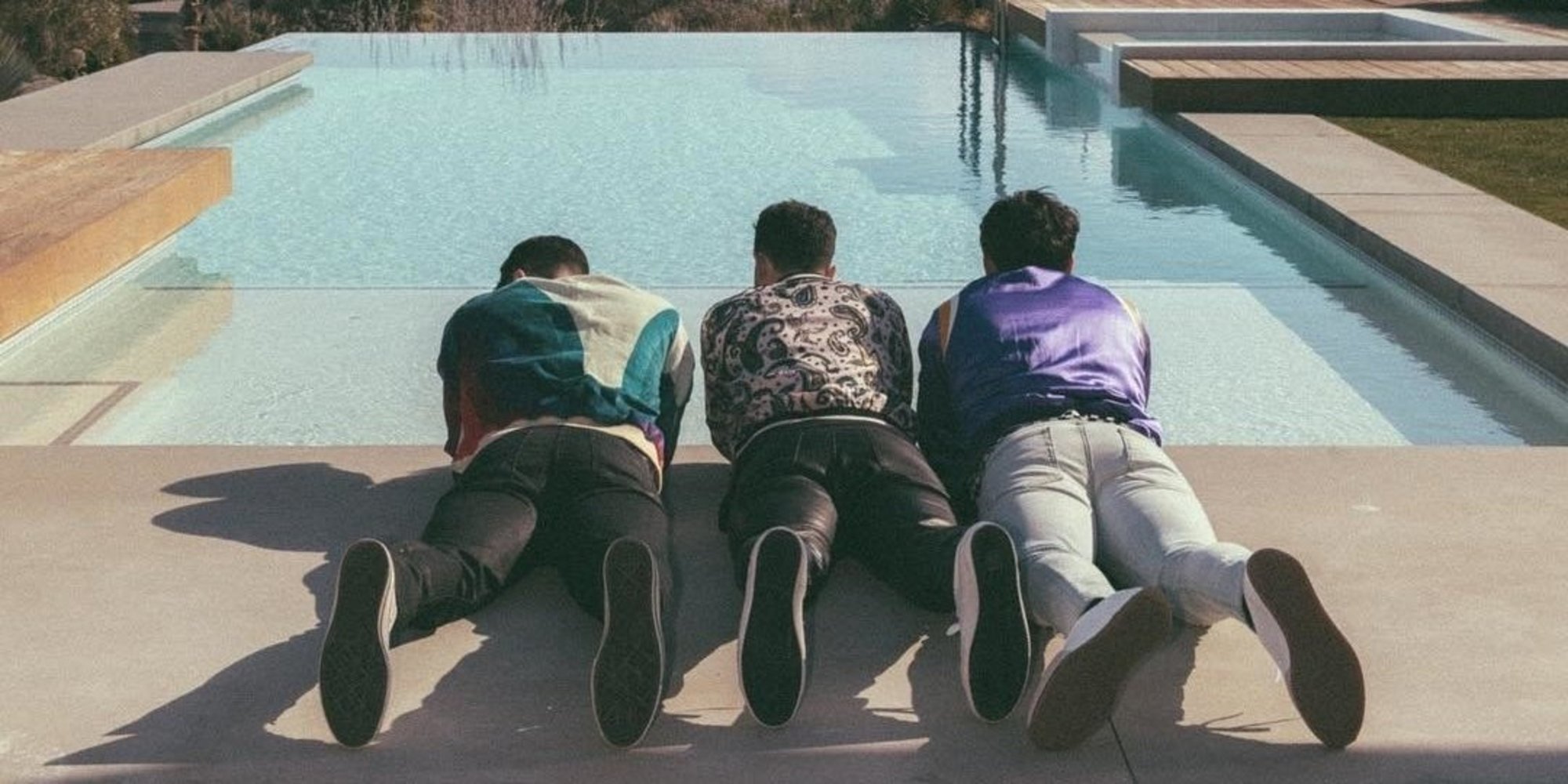 The Jonas Brothers were once the Disney Channel princes of pop music. However, after their split in 2013, many expected that Joe, Nick, and Kevin’s tense relationship would prevent them from ever making music together again. Joe started DNCE, Nick went solo, and Kevin enjoyed a quiet life with his wife and children (though they did briefly have a reality tv show, “Married to Jonas” in 2012). When the brothers announced they were reforming their band in February of 2019 on James Corden’s Carpool Karaoke, there were surprised and overjoyed fans around the world. While the band has been playing off of the nostalgia of their early days, they have not relied on it, and instead have made music on their own terms, as matured married men. Their relaunch has granted them staggering success, especially as they release their movie, prepare to tour, and announce their upcoming book. “Happiness Begins” is one the first album from the Jonas Brothers without the looming control of Disney, and it is a declaration of freedom and family.

“Sucker”  was the first song released by the Jonas Brothers since their return, and it is a sweet pop hit. “Sucker” made the Jonas Brothers the first boy band to reach number one on the charts in over 16 years. It’s about undying love for their wives and how these women changed each of them for the better. It’s cheesy, upbeat, and the perfect way to return to the music scene. Read my more in-depth analysis of “Sucker” and its video here.

“Cool” was the second song released by the Jonas Brothers. “Cool” is a fun song about self-confidence and simply enjoying life! “Cool” is poppy, fresh, and you can’t help but dance to it. It’s a song of the season,  that you likely won’t mind listening to at the beach and by the pool, as it keeps cool even under the summer heat. You can read my more in-depth analysis of the song and video here.

“Only Human” is full of brass, xylophone, and a whole lot of punchy synth. Nick and Joe take over on this song, singing about weakness and attraction. The song spins circles, willing you to “dance, dance, dance, dance, oh.” It features the lyric “happiness begins,” referencing the title of the album and commencing a new era of Jonas, in a sense. This is the only song on the album that wasn’t a single that Kevin was featured writing on, only adding to the weight of the song. It’s slightly repetitive, but it’s certainly intriguing, as the entire song feels reminiscent of a tune that might play over a TV show scene of a wild party in LA.

“I Believe” begins with Nick’s vocals, reminding listeners of his impressive range, especially as Nick is the only brother credited with writing this song. Both Joe and Nick express clear emotion on this track, singing of confidence in their relationships. Both Nick and Joe have been criticized for rushing into relationships and marriages with their wives, activists, and actresses Priyanka Chopra and Sophie Turner. “I Believe” is a slower, snap-filled song where they proclaim, “Nothing matters any longer, now I got you here with me.”

“Used To Be” is a wounded breakup song, which pulls from the love song theme occurring in all of the previous songs of “Happiness Begins.” They sing of wishing their exes well, though they wish they would “do better.” They sing about how their ex, “Used to be the one I love” throughout the song. With a simple beat, acoustic accents, and staccato trap elements tied into the vocals, “Used To Be” expresses hurt feelings and hope for the future within the medium of a catchy pop song. “Used To Be” is slightly reminiscent of many of the tracks on the 2017 album “Flicker” from Nial Horan (also a former boyband member) which featured breakup songs with similar messages. This could potentially derive from the influence of hit producer Greg Kurstin, who produced both Horan’s album and the Jonas’, though it should be made explicitly clear that he did not write on either of these albums. “Used To Be” is one of few songs in “Happiness Begins” that is not about being madly in love, allowing it to stand out.

“Every Single Time” opens with Nick singing, “Mr. Misdemeanor” and opening the song as a dance track. The beat instantly picks up, and with the “oh yeah”s, “ooh”s, metal drums, and swinging beat, listeners can’t help but enjoy the song. The winding of the background vocals, paired with the instrumentals, allow the “round and round” meaning to the song be expressed through the subtleties of the production. 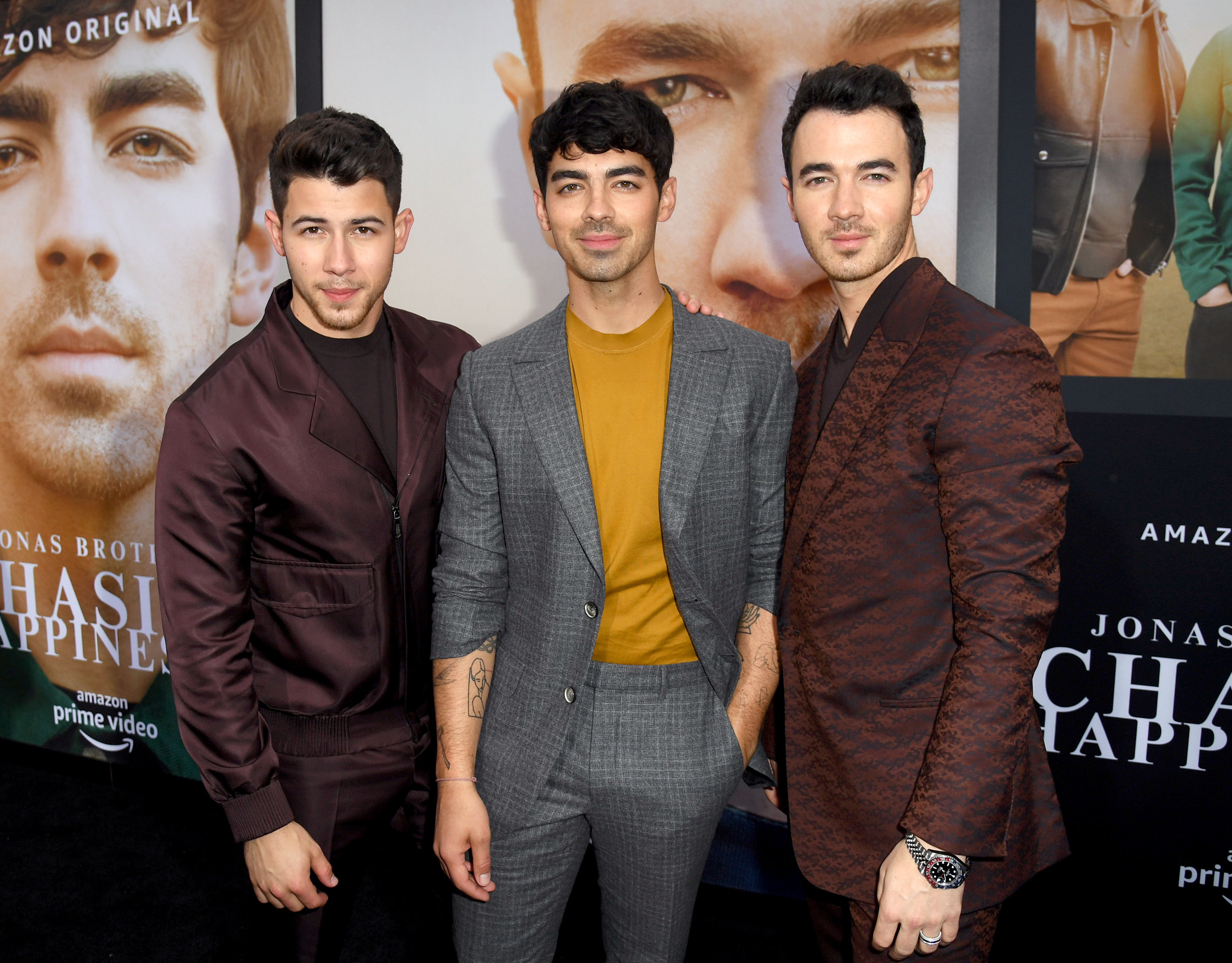 The brothers at their documentary premiere// via US Weekly

Don’t Throw It Away

“Love Her” starts with guitar strumming, snapping, and Nick’s voice. “Love Her” sings of just how special the women in their lives are to them. They sing that despite frustrations, “I keep on comin’ back like a magnet,” especially as, “opposites attract and we’re the livin’ proof of this.” The song remains slow and slightly acoustic, as opposed to the other songs in the album, which are far more upbeat and pop-focused. “Love Her” is pop-infused self-criticism and declaration of love.

“Happy When I’m Sad” is somewhat sarcastic in nature. The tune is upbeat, the background is synthy, and it’s a fun dance song. The lyrics and actual meaning play off of this expertly. They sing of masking emotions in order to appease others. Likely about their relationship with the media and fears of never returning good times in life, “Happy When I’m Sad”, doesn’t even let on to how painful the meaning of the song truly is until the bridge, when Nick, who was the only brother to be credited as a writer on the song, sings, “I put on a smile, don’t need a face-lift/Why can I when everybody fakes it?/Well, they think I’m happy/Like they know exactly how I feel…” After this brief moment of self-awareness and contemplation, the song picks right back up where it left off: repeating the chorus, which is the phrase “They think I’m happy/They think I’m happy when I’m sad” four times in a row. Dark lyrics contrast the practically neon musical style on “Happy When I’m Sad.”

“Trust” commences with swinging guitar beats and falsetto. The song features ambitious notes and lots of “ooh-ooh-ooh”s. They sing, “I don’t trust myself when I’m around you/Doing things I never do, acting like a damn fool” about the effect some date has over them. “Trust” remains a radio-ready song, but takes things slightly slower.

“Strangers” utilizes heavy percussion and overlapping vocals to create an atmosphere of intentional chaos, mirroring a nightlife scene. They sing about running from people that make them happy and needing to trust themselves with the beauty of life. “Strangers” is a grand and uptempo song, featuring the style of sound that one may hear at a turning point in a film.

“Hesitate” is a somber and sentimental track. Plucking guitar, promises of change and praise to the “oceans for giving me you.” Booms of bass in the background for emphasis, paired with choir-like background singing, makes “Hesitate” a meaningful, surprisingly serious piece. “Hesitate” is a slower song, that I wouldn’t be surprised to hear as some diehard Jonas Brothers fan’s first dance songs at weddings in years to come. “Hesitate,” written by a team and Joe, wraps up the list of tracks with Jonas brothers as writers on them. 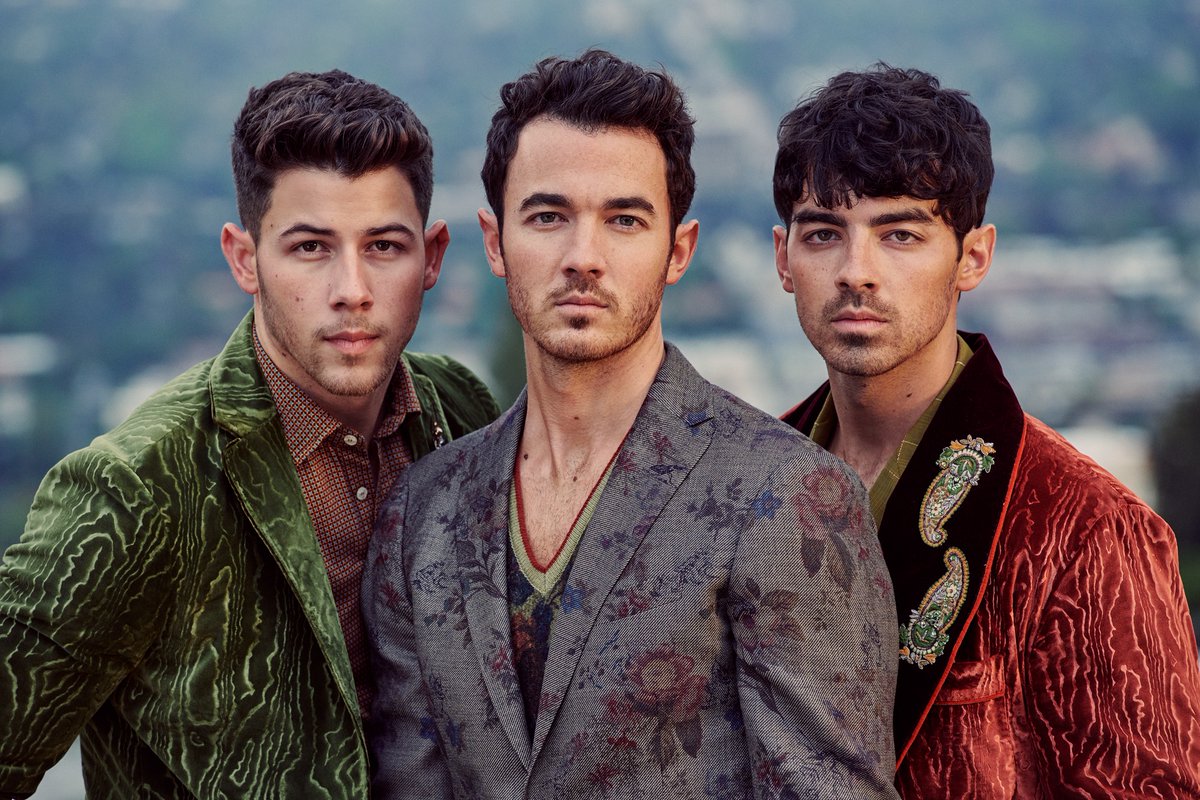 “Rollercoaster” accepts and opens up about the brother’s lives in their early 2000s heyday. They sing, “Days lifted in a haze, we weren’t just a phase/We weren’t just pretend (Just pretend)” which could be a reference to their TV show, which they admitted in their “Chasing Happiness” documentary was a massive mistake. They shared how it made them seem like a gimmick and a joke, when they really were an actual band the entire time. The lyrics, “Faith led me to the clouds, reaching for the ground/His life was upside down/Now everything has changed, we found better days” seem to reference their relationships with their wives, as well as Christ. Kevin is devoutly Christian, Nick and Joe have maintained a good “relationship with God,” and their youngest brother Frankie attends a Christian college. They’ve even spoken about being the sons of a pastor, and being chastised by their community for not making Christian music or being Christian enough. Rollercoaster recounts wild times, younger years, and the understanding that they would do it all again if it meant getting to where they are now.

“Comeback” marks the final track on the Jonas Brothers’ comeback album. “Comeback”  is about the special people in your life returning to you, no matter what. There’s clean percussion, guitar strumming, and light piano. The tone is bright and sunny, not necessarily blindingly so as the other songs on “Happiness Begins,” but softly – like sunlight streaming through the leaves of trees. The chorus, “Come back to me, baby, I’ll come back to you” makes the song’s message clear. “Comeback” is a simple, uplifting, and altogether satisfying finale that perfectly ties together the idea of happiness beginning with their newfound freedom.

The album features love songs that aren’t excessively sappy, songs that acknowledge their past without dwelling on it, and songs that encompass the journey the Jonas Brothers have taken together, as well as independently. “Happiness Begins” is a joyous return to the music scene for the Jonas Brothers that is free of purity rings and inhibitions. It’s pure California sunshine.

Stream “Happiness Begins” on all streaming platforms, and catch them on tour.

JBACH Talks ‘The Voice,’ Tradition and Debut Single, ‘Old Me’

BTS Continue to Excel In Their Map Of The Soul Era