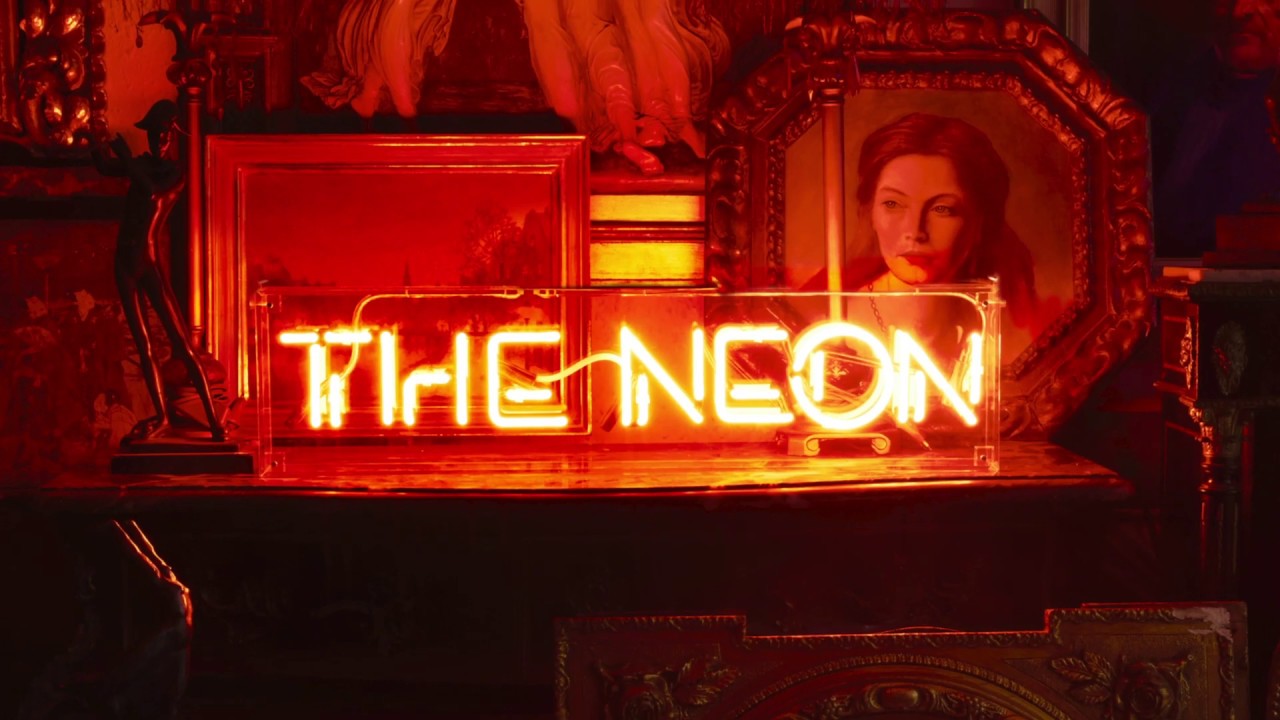 British pop duo Erasure is back with their latest album, The Neon. Lead vocalist Andy Bell and keyboardist Vince Clarke released The Neon as their 18th studio album. The Neon is their latest, after the release of World Be Gone in 2017. All songs were written and produced by the duo and capture the 80s New Wave sound Erasure is famous for while giving it a modern spin. The Neon’s 10 tracks are jam-packed with synth-pop tunes, serving as exciting proof that, in 2020, New Wave isn’t dead.

“Hey Now (Think I Got a Feeling)” does for The Neon what Erasure does best. The album’s lead single is a poppy, upbeat track, full of snappy, lyrics that are easy to sing along to. Bell’s vocal performance is reminiscent of the dance-pop songs made popular by groups like Erasure back in the 80s. It’s not a song that breaks out of the group’s comfort zone, but honestly, it doesn’t have to. “Hey Now (Think I Got a Feeling)” is a fun summer track and an opening song that sticks true to what Erasure does best.

Serving as the album’s third-lead single, “Nerves of Steel” has one of the album’s best leading melody lines. The introduction of the song is funky, erring on the side of abrasive, but not quite. The instrumentals on this track, coupled with the punchy, powerful riffs Bell hits during the chorus help “Nerves of Steel” become an album standout. I love the repetition of the synth lines, the melody on “Nerves of Steel” is unlike any other on the album. Not to mention, the music video is incredibly cool. Completely filmed and edited in quarantine, the video for “Nerves of Steel” features icons of the LGBTQ+ community, an Erasure staple!

“Fallen Angel” is about facing your fears and trying “all of the things that give [you] love.” It’s an anthem track, a song that can (and should) be used to inspire listeners. Listening to “Fallen Angel,” I felt empowered, which was unique for my experience with Erasure. Bell’s vocals and Clarke’s keyboard work play together very well on this track. There’s something playful about The Neon’s 3rd track, a vintage sound that hearkens back to an 8-bit video game soundtrack. The interaction of vocals and instrumentals works wonders for “Fallen Angel,” conveying the message of the need to try and do the things that give you love.

‘No Point in Tripping’

Bell uses his falsetto voice for the ending lines of this track’s chorus. His dynamic vocal performance is what makes “No Point in Tripping” a track that I enjoyed. As with many other songs on The Neon, the fourth track’s lyrics are witty and punchy at moments, rolling off of Bell’s tongue. In addition to the lyrics, the musical breakdown of “No Point in Tripping” was an unexpected element to this track. Clarke certainly used the breakdown’s space to play with the song’s main melody, adding more synth and electronic backing to provide for a refreshing pause from the rest of the song.

“Shot a Satellite,” while marketed as a featured track, was a bit too repetitive for my taste. Bell’s vocals felt tired after the conclusion of the chorus for the third time. The intention of “Shot a Satellite” is to be a dance-pop track, and while it easily could be, it doesn’t feel substantial beyond that. “Shot a Satellite” isn’t a bad song by any stretch of the imagination, but personally, it boiled down to background noise as a disco-reminiscent beat to work to.

Featuring 'Hey Now (Think I Got A Feeling)', 'Shot A Satellite' and 'Nerves of Steel' Erasure's brand new album 'The Neon’ is out now!

“Tower of Love” is one of my favorites on the album. It has a distinct sound but doesn’t break the cohesion of The Neon. The sixth track relies on lyrics that convey a narrative about the titular Tower of Love and what it feels like to be trapped in a “loveless bond,” and the need to avoid or break free from that. “Tower of Love” works so well on The Neon not only because of its modification of the synth sounds Erasure loves to use, but also because of the complete story told through its lyrics. In that way, it feels and sounds unique from the rest of the tracks on the album, but in a way that works so effortlessly well.

“Diamond Lies” is a funky, techno-pop track that sounds different from the rest of the album from the start. Knowing that Erasure had the intent to work with “‘whatever came out‘” while recording their album, it’s clear how “Diamond Lies” made the cut. The synth is much grittier on the album’s 7th track, almost to the point of abrasion. Bell’s vocals guide the listener along, however, serving as a familiar, softer hand to hold alongside the harsh synthesizers. Personally, I don’t dislike this track, but it’s certainly not my favorite. While I appreciate the variety and change in sound of “Diamond Lies,” I don’t know if it necessarily fits in with the rest of The Neon.

A rare ballad on The Neon, “New Horizons” upholds the Erasure-favorite theme of love and support. “New Horizons” is sweet, expressing a sentiment of being with someone who’s your “rock in the storm.” This track is interesting because of how much water and oceanic imagery it contains, which almost makes “New Horizons” feel like it deserves to be on another album altogether. Because it’s placed towards the end of the album and is a track slower than the ones that precede and succeed it, “New Horizons” could be a track easily skipped, which is a massive shame. There’s a beautiful, loving melancholy to it that needs to be heard, reminding listeners of the importance of their “rock.”

"For me, the joy of songwriting is being in a room with Andy and coming up with an idea from nothing. That hasn’t changed." – Vince Clarke talking to @forbes ‘The Neon’ streams, downloads and order links: LINK IN BIO 💜 #erasure #theneon #newalbum #album #neon #newmusic #electronic #pop #independentmusic #independentalbum #outnow #order #vinceclarke #andybell #newrelease #heynow #shotasatellite #nervesofsteel #spotify #vinyl #cd #cassette #download #streams #official PHOTO: @philsharp

‘Careful What I Try to Do’

The ninth track on The Neon, “Careful What I Try to Do” was one of my personal favorites. It’s not as slow as “New Horizons,” but it’s certainly the second in the series of three slower track on The Neon. “Careful What I Try to Do” is another anthem about loving who you are, who you’re with, and the moment you’re in. This track is bubbly and fun, and while it does begin to sound a bit repetitive in Bell’s vocal inflection towards the end of the track, Clarke’s instrumentals help to break it up a bit. “Careful What I Try to Do” masters the balance between Bell’s and Clarke’s talent, making it one of the most enjoyable tracks on the album, in my opinion. This ninth track is both wonderful on its own and an excellent segway out of track eight and into track ten.

A slow, Cyndi-Lauper-esque synth ballad, “Kid You’re Not Alone” is an easygoing closing track. Unlike the rest of the album, this final song is slower, more dependent on Bell’s vocals. “Kid You’re Not Alone” uses a nostalgic combination of synthesizers and melodies, making for a track that feels like it could’ve been released in 1983, right alongside the other great ballads of the 80s. “Kid You’re Not Alone” follows a simple enough song structure that it provides for a satisfying end. I personally enjoyed the repeating of the chorus in the last minute of the song, overlayed on beautifully melancholic synthesizers. The Neon’s 10th track was a soft closer, something pleasantly unexpected for the album.

Erasure can still pump out hits, even in quarantine. The Neon is a fun, poppy album that perfectly captures the energy needed for the end of the summer. Give this album a listen if you’re interested in a blast from the past or want a taste of how New Wave manifests itself in 2020. And, at the very least, The Neon is full of songs you can bop your head and sing along to.

Stream The Neon, out everywhere August 21.